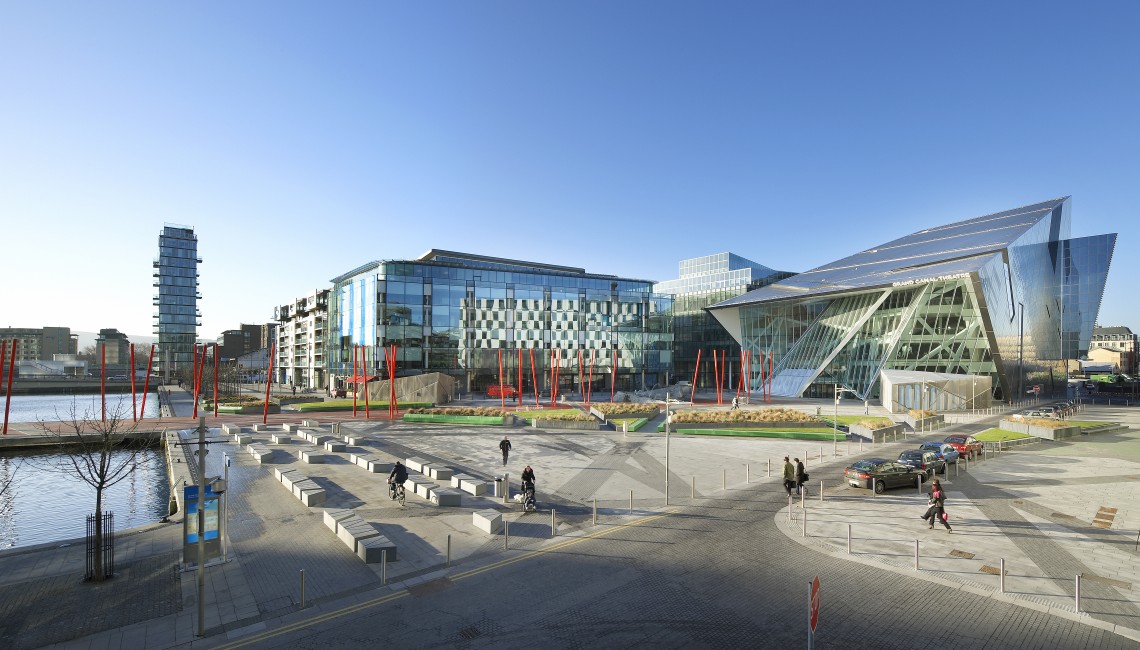 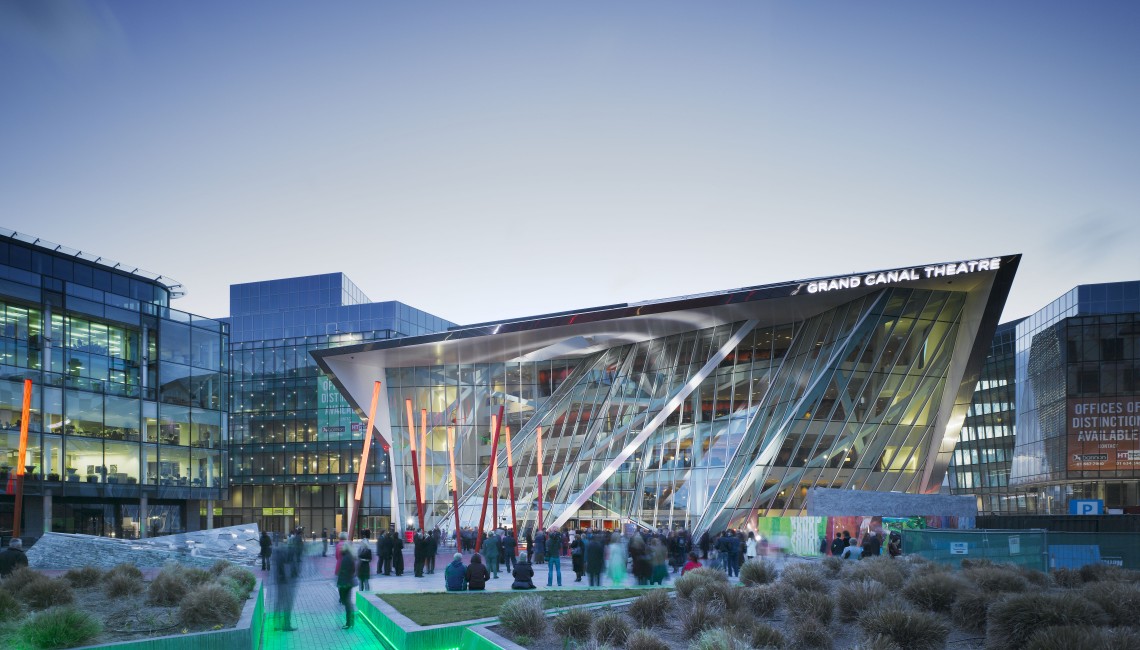 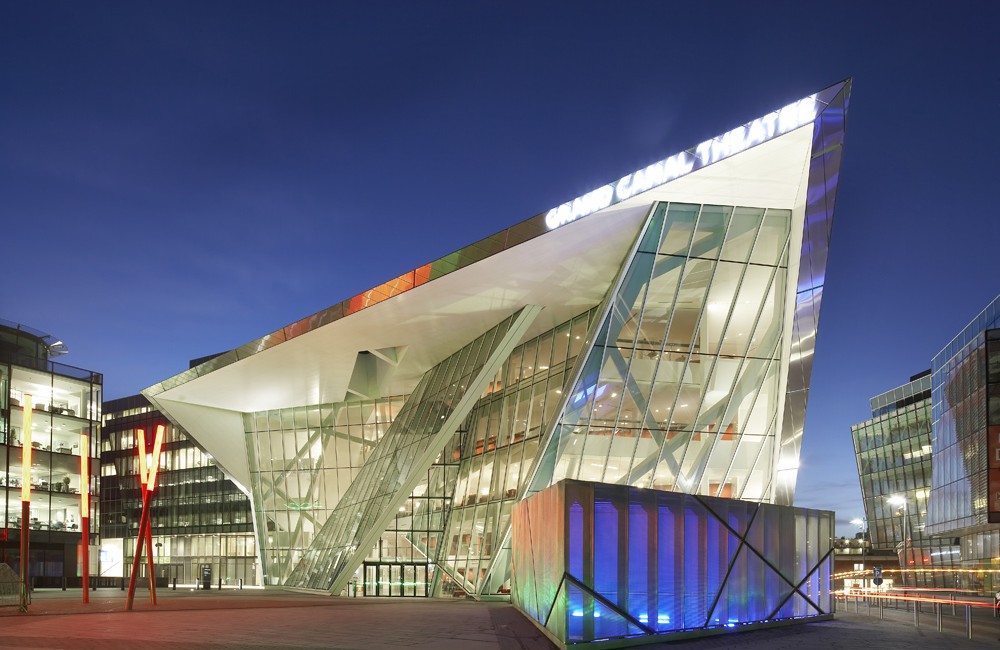 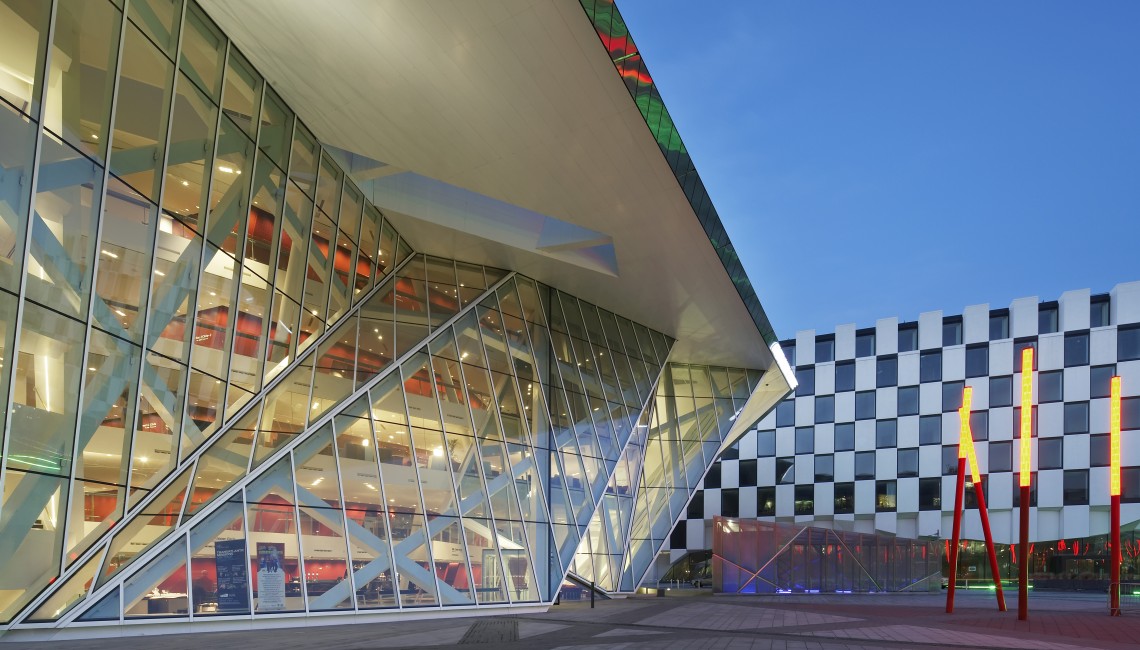 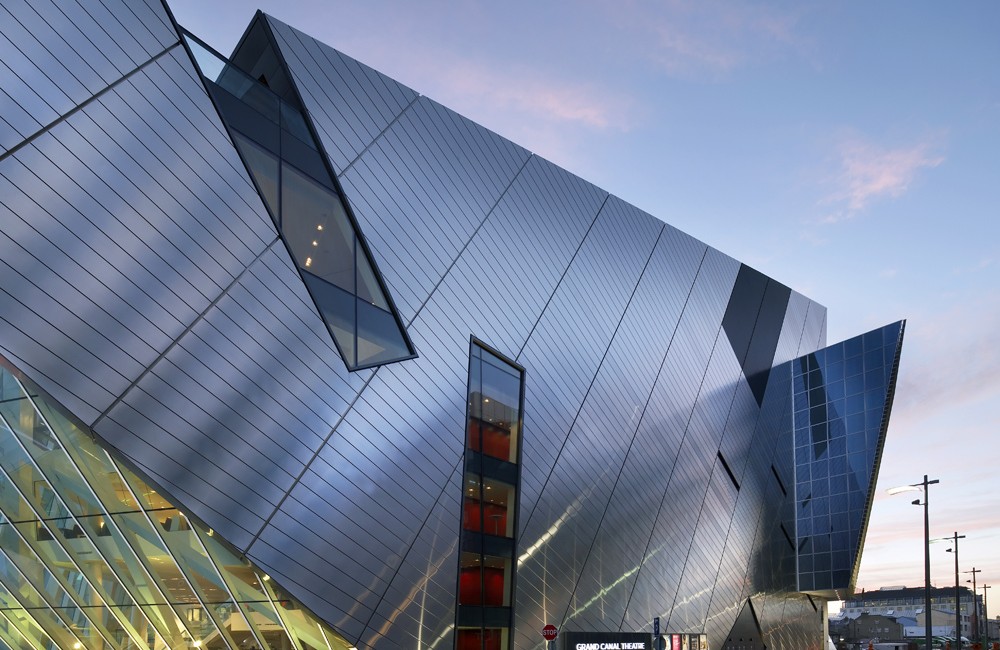 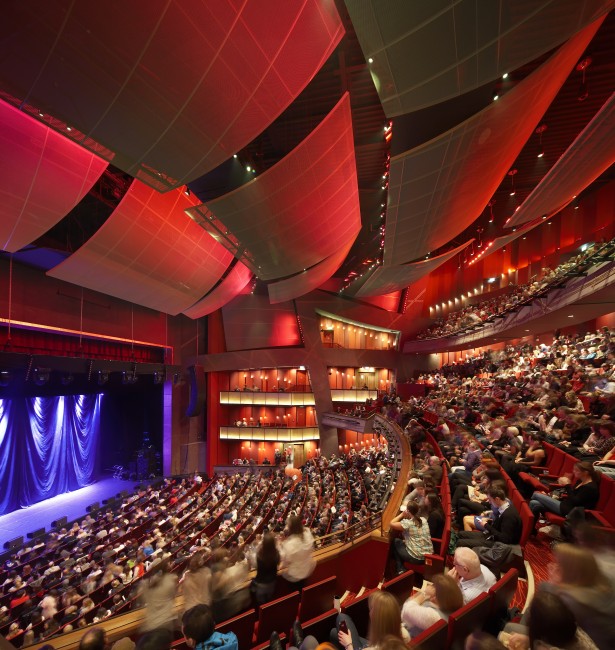 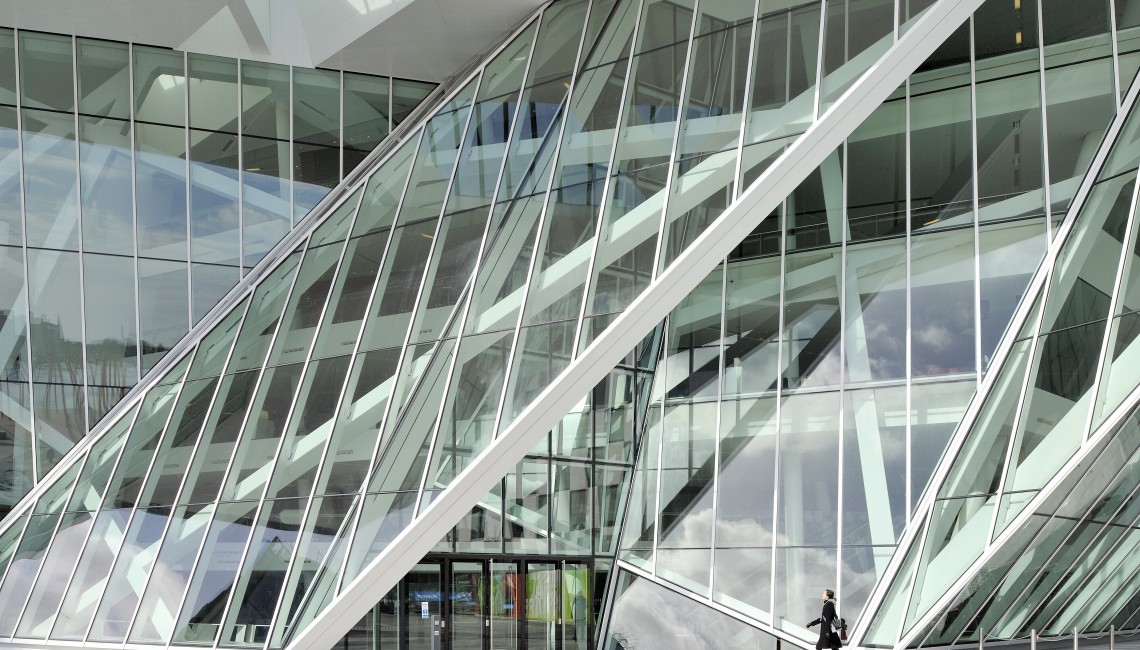 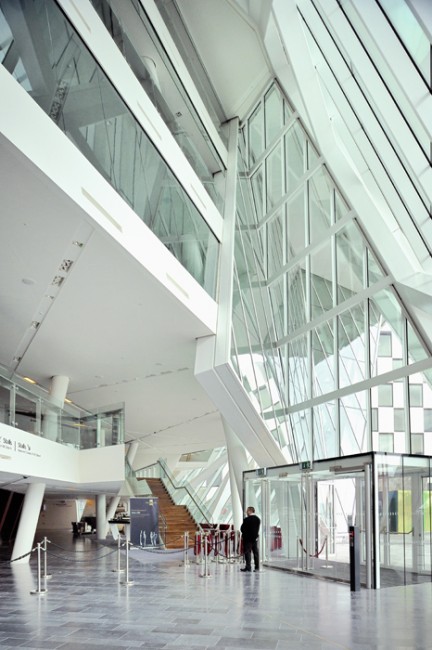 Located on the Dublin waterfront, the Bord Gáis Energy Theatre, formerly the Grand Canal Theatre, is a 2,000-seat theater at the heart of a multi-use complex conceived for by the City of Dublin as part of a plan to revitalize its docklands. Studio Daniel Libeskind completed the theatre in 2010 and an office complex called the Grand Canal Harbour development a year later.

The theater overlooks a public plaza designed by Martha Schwartz Associates. Like a grand outdoor lobby, the plaza invites the public to view the soaring glass façade of the theater much like a glass curtain, which tilts back in space in diagonal pleats. The public can gaze into its Piranesian interior of horizontal ramps and diagonal pilotes.

The design concept for the theater is, in fact, stages—the theater’s ‘real’ stage and the plaza as another, equally real but more provisional and changing stage. By night, when the second floor lobby of the theater is activated by users, and the theater’s tilting façade and plaza are illuminated, the entire complex transforms into a multi-experiential stage.

The Bord Gáis Energy Theatre is flanked on the street side by two office buildings designed by Libeskind. The two office blocks comprising the commercial development provide sustainable and sophisticated work environments. The development and cultural spaces created a strong presence that is now the address for several international corporate headquarters such as Facebook, Twitter and Google. The redevelopment helped to keep this neighborhood thriving during an economic downturn by creating a desirable area in which to work, live and play.

The project was completed in 2010.

“The opening of Daniel Libeskind’s new Grand Canal Theatre, (in Dublin, Ireland) a razzle dazzle production in its own right, threatened to upstage the gentle ballet on the building’s main stage. With its dramatic, four story glass facade, sharply angled roof line, and turbulent diagonal lines, the debut of Libeskind’s latest creation was a major cultural happening for Dublin…” – Fast Company (March 2010)