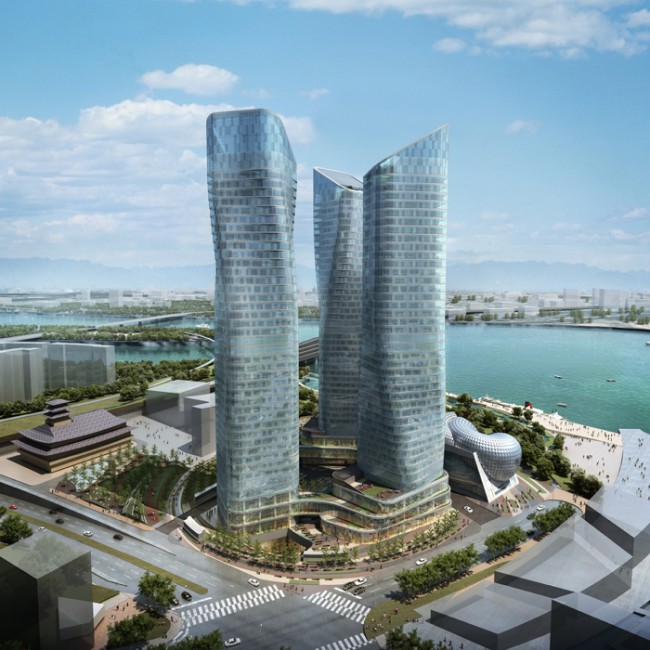 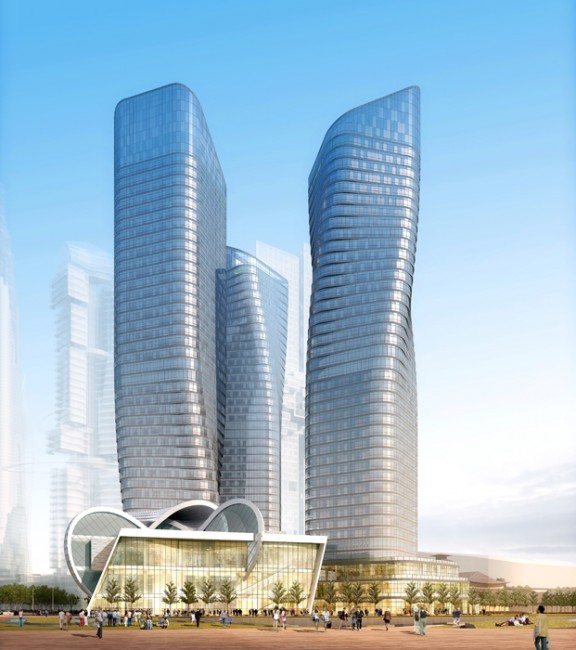 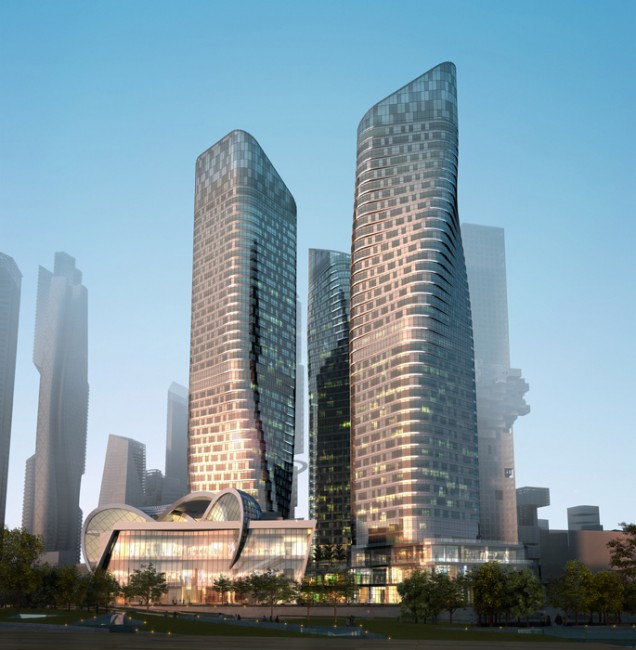 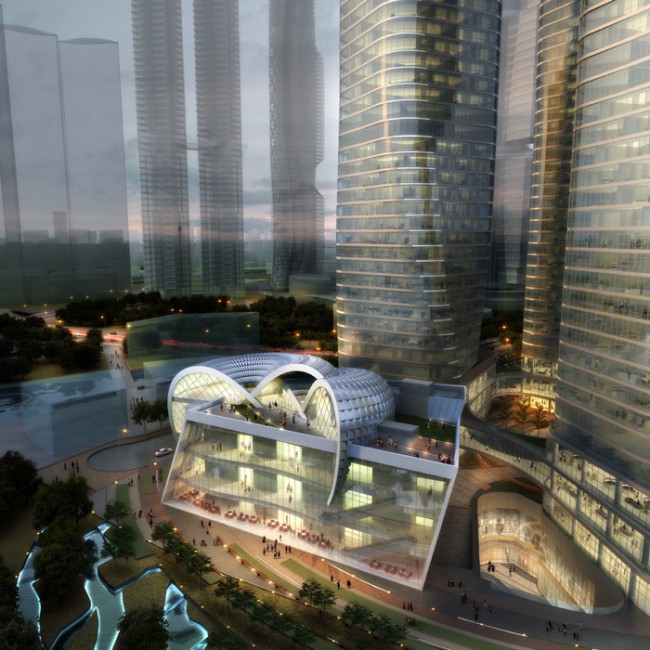 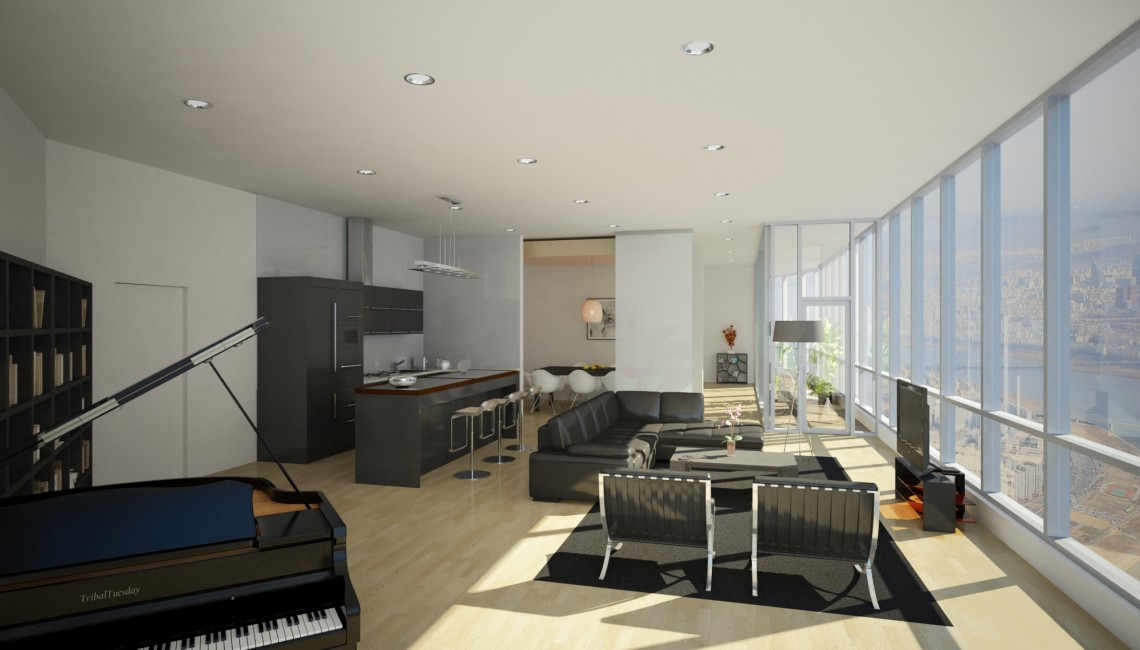 The Dancing Towers design concept is for three 41-story residential towers in the Yongsan International Business District development, a project with a masterplan by Studio Libeskind.

The design was inspired by the traditional Korean Buddhist dance of Seung-Moo, wherein the billowing sleeves of a dancer’s gown are gracefully propelled by her movements. Each tower features a subtle rotation to create a sense of movement in the harmonious composition of the three towers. The design creates a gentle composition, as if the buildings are participating in a fantastic urban dance, gently and organically integrating the residents into the beautiful, natural setting on the Han River. The rotation and twists in each tower maximizes light, air and views in the relatively dense configuration of the three towers. Sophisticated engineering makes this illusion possible. Floor weight is supported by a central concrete core and alternating cantilevered fin walls, allowing for column-free buildings that enable the forms to twist, creating the illusion of ‘dancing,’ while opening up interior spaces for panoramic views.

The towers are designed to house roughly 830 middle-income units, as well as retail facilities that include a wedding hall and cultural center. The configuration of the towers maximizes the amount of landscaped public space. Residents are immersed in an environment that includes two public parks and open space, a playground, and a massive waterfront park along the Han River. The amenity podium that links the three towers is designed with three-floor combinations beneath each tower that provide amenities of a different theme: social, well-being, and entertainment. Features include a spa, fitness center, event space, bars, media room, art gallery, and community library.

At the foot of the towers is the wedding hall, which takes its form from the shapes of two intersecting hearts. The intertwined hearts combine to form a jewel of love that offers its guests unsurpassed views of the Han River.

The Dancing Towers design suggests a new direction for urban development. One where the built environment and natural world exist in a harmonious equilibrium for the betterment of people and the planet.