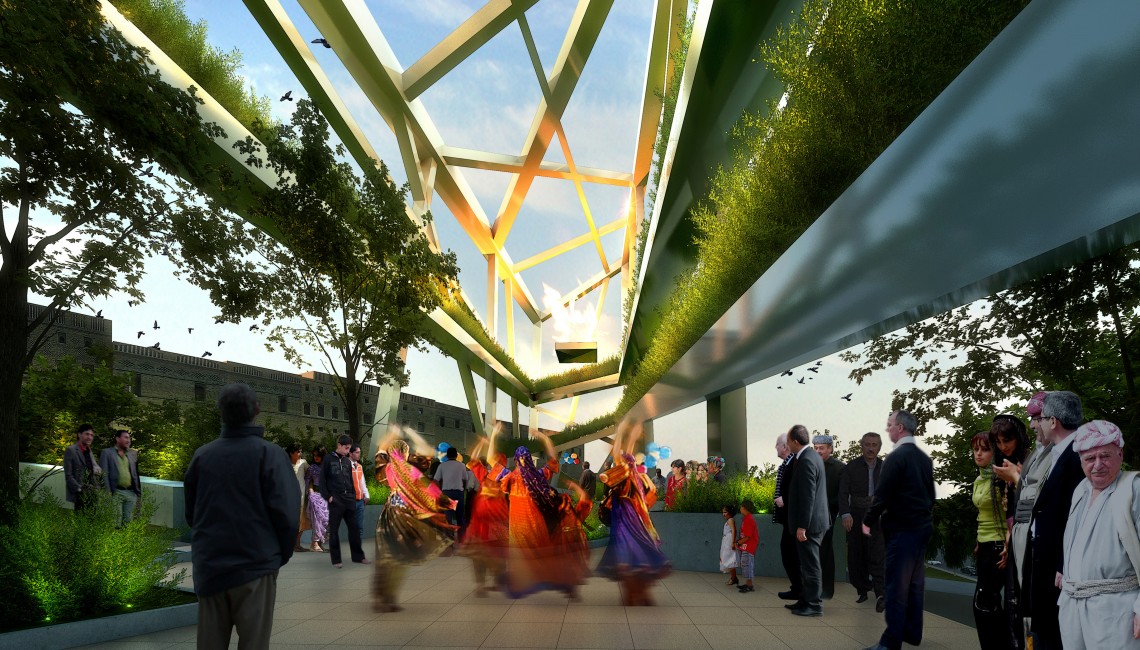 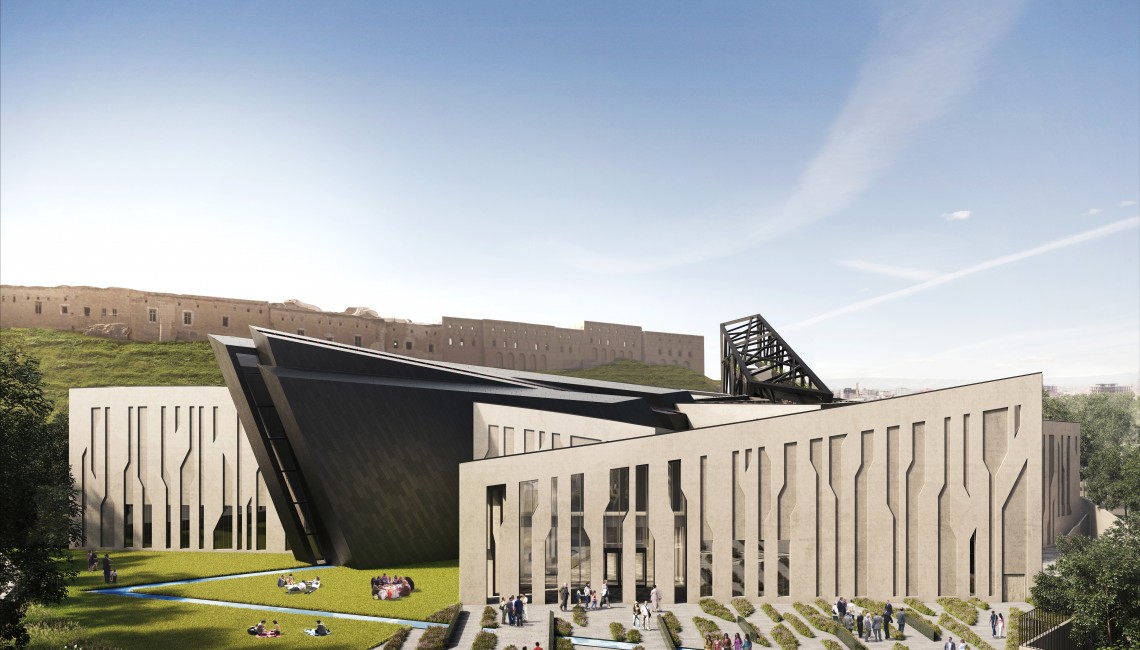 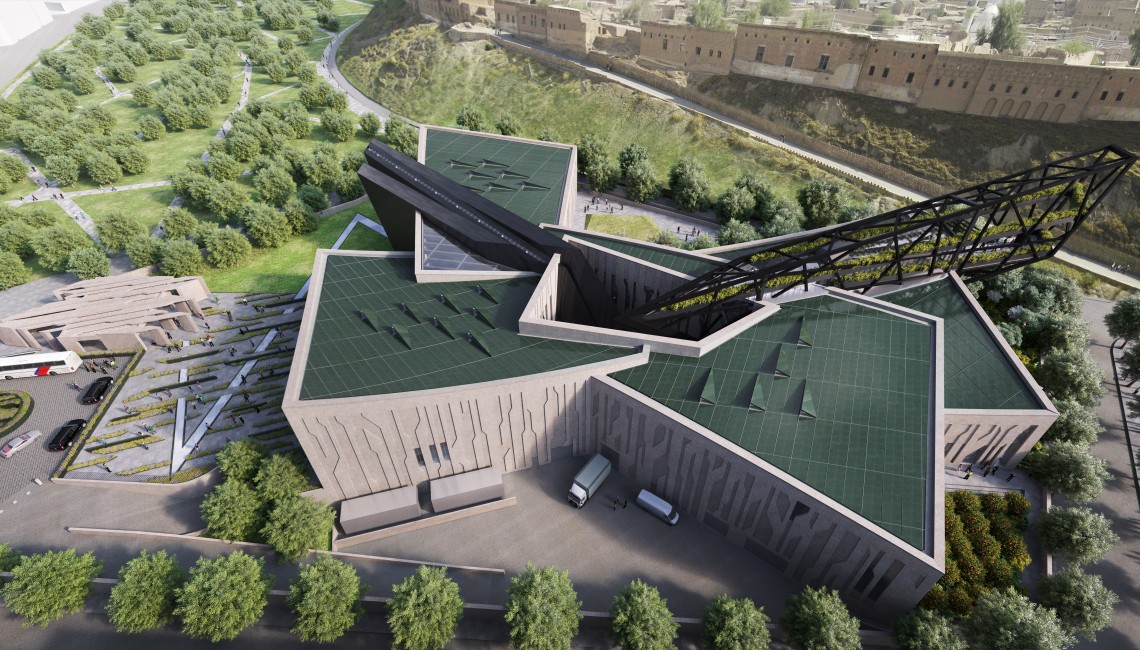 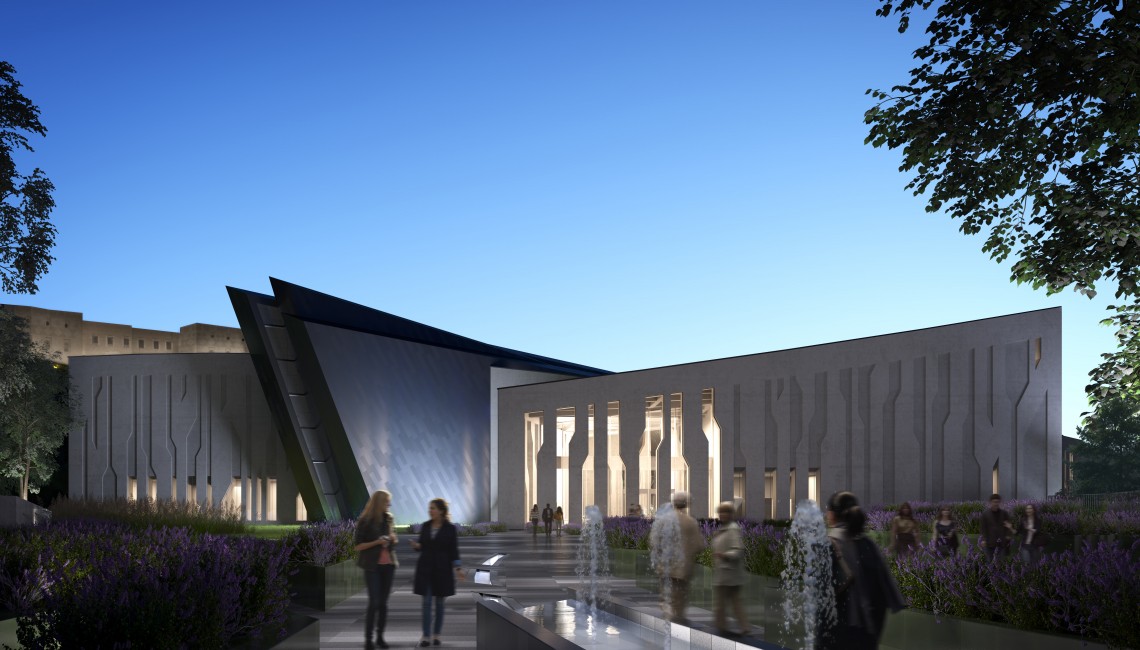 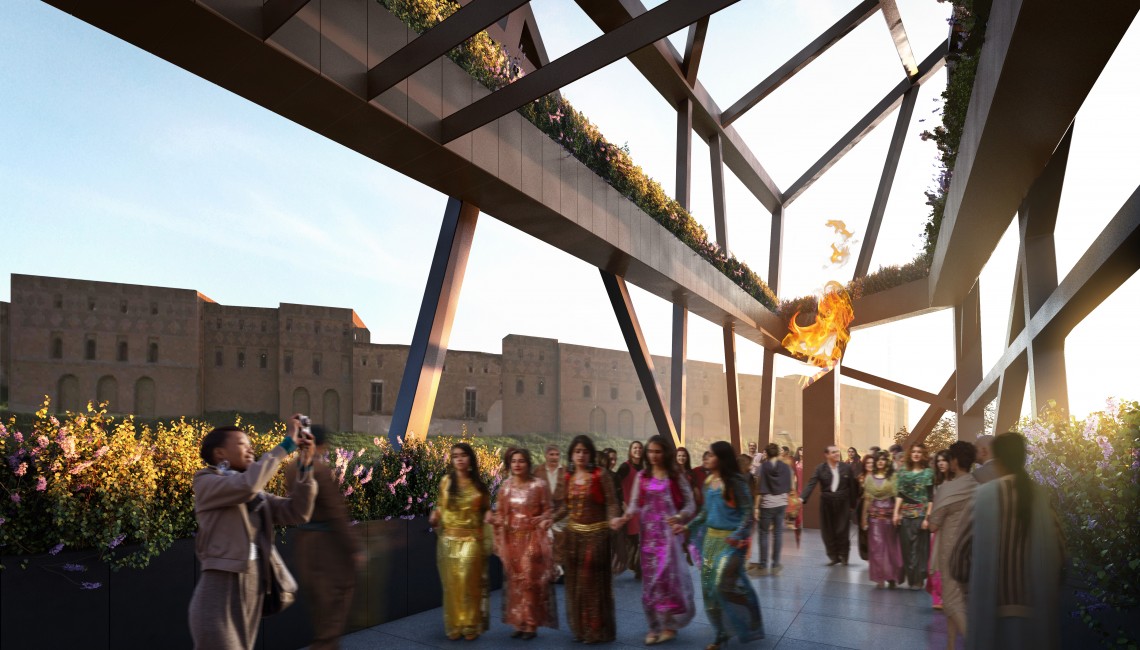 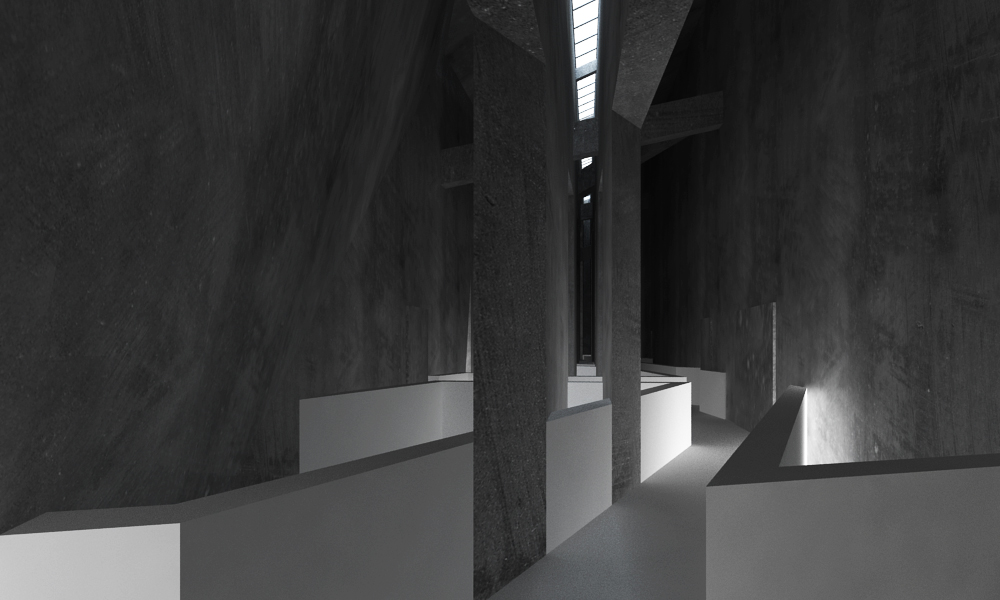 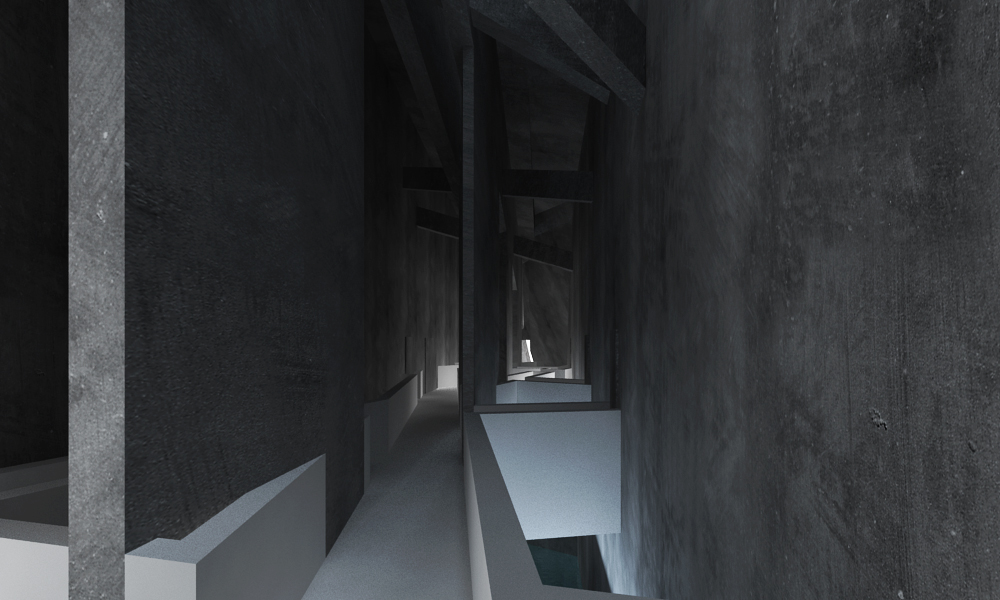 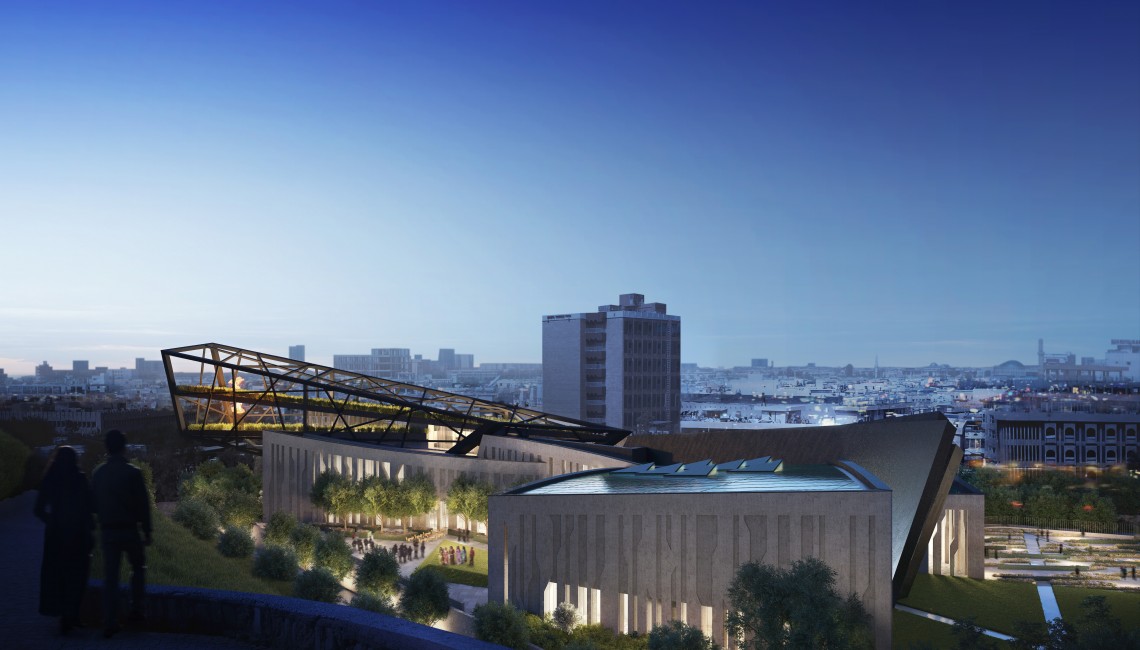 The site of the new Kurdistan Museum will be the first major institution to dedicate itself to the preservation and education of the Kurds’ national heritage to the region and the world. In collaboration with the Kurdistan Regional Government and client representative RWF World, the team has embarked on a visionary project to share the story of the Kurdish people with the world and inspire an open dialogue for the future generations within Kurdistan.

Situated at the base of the ancient Citadel, in the center of Erbil, Iraq, the 150,000 square-foot museum will feature exhibition spaces for both permanent and temporary exhibitions, a lecture theatre, state-of-the-art multimedia educational resources, an extensive digital archive of Kurdish historical assets, as well as community center and landscaped outdoor spaces for public use.

The form of the museum is created by four interlocking geometric volumes that represent the Kurdish regions: Turkey, Syria, Iran, and Iraq. The volumes are intersected by a line that is broken into two angular fragments, representing the past and future of Kurdistan. The two fragments create an emotive duality: a heavy and opaque mass, the Anfal Line, which symbolizes the genocide under Saddam Hussein; and the Liberty Line, a lattice structure filled with greenery that ascends towards the sky and culminates with an eternal flame – a powerful symbol in Kurdish culture.

At the junction between the Anfal and Liberty Lines is an open-air courtyard conceived as a tranquil and meditative space at the heart of the museum. The courtyard references those found in the Citadel and throughout the ancient, urban neighborhoods of Erbil. There is a water feature that extends from the landscape through the museum, bringing to mind the rivers and fertile valleys of Kurdistan. The landscape offers performance spaces, café seating, and picnic grounds where people can gather.

The Kurdistan Museum is a place that will embed the story of the group into the architecture. It is an immersive experience about memory and identity and will stand as a tangible artifice of the Kurdish identity.

“The design had to navigate between two extreme emotions: sadness and tragedy, through the weight of history, and of joy and hope, as the nation looks to the future.” —Daniel Libeskind