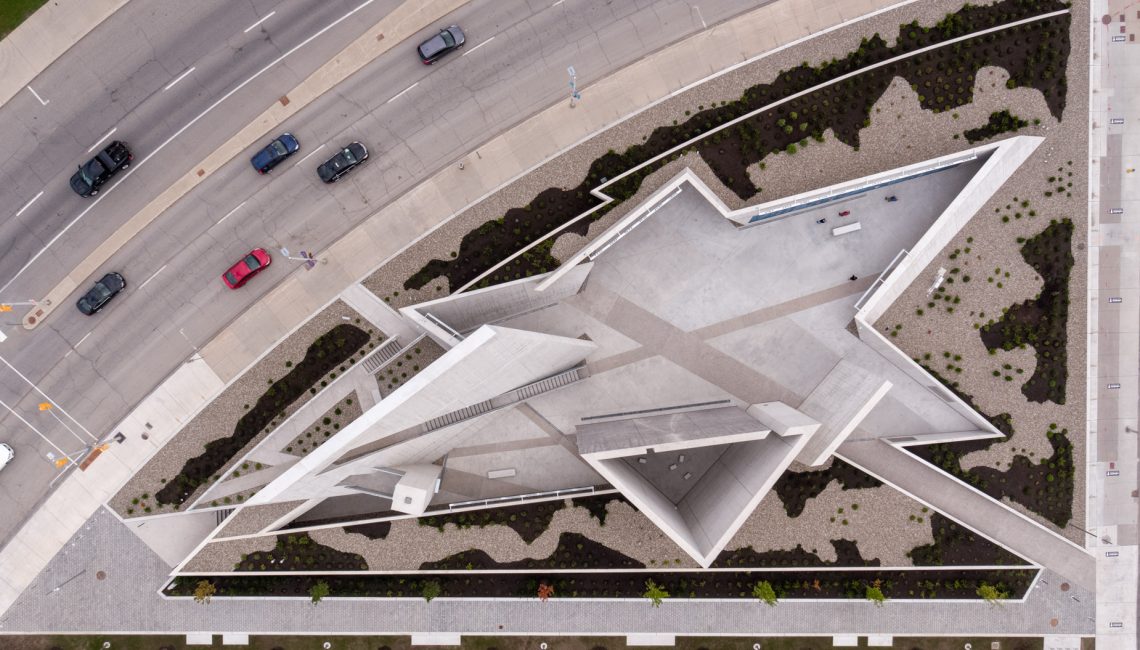 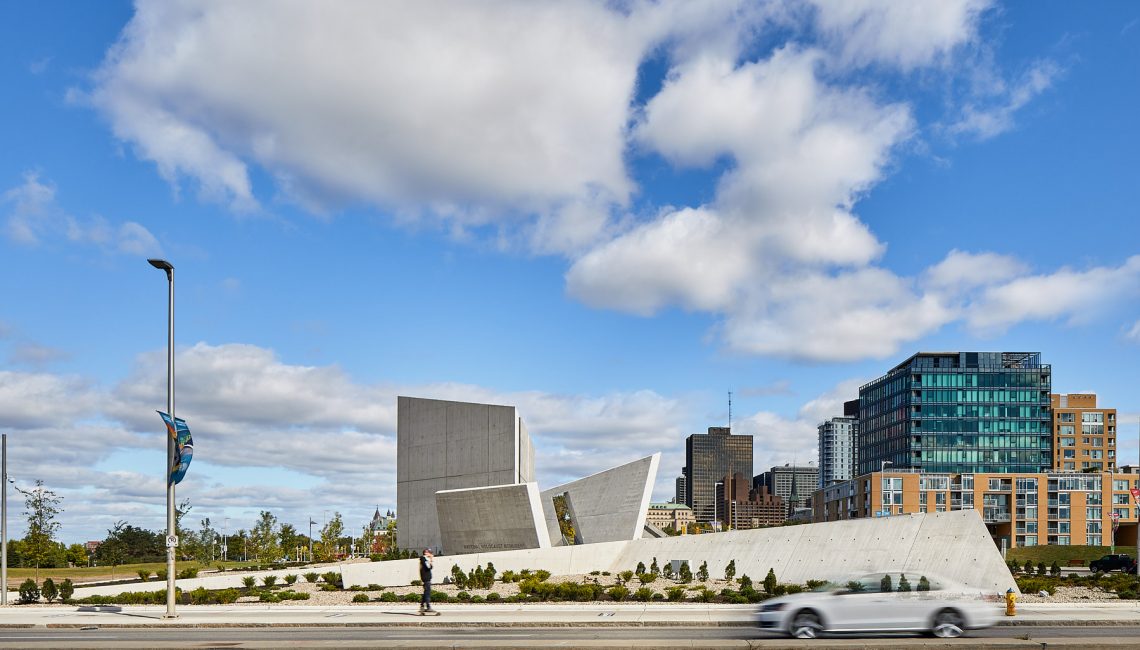 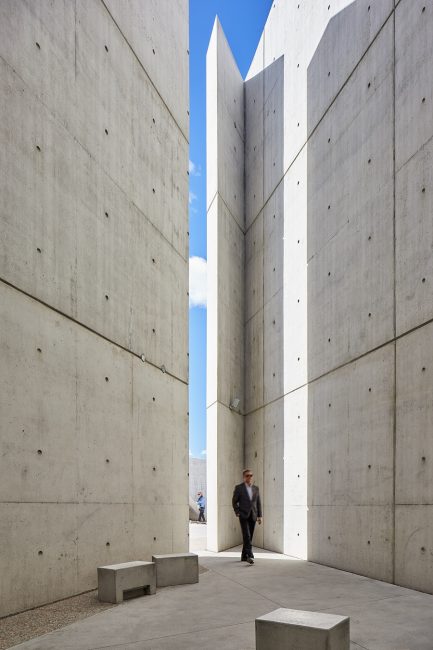 The National Holocaust Monument, established through the National Holocaust Monument Act by the Government of Canada, will ensure a permanent, national symbol that will honor and commemorate the victims of the Holocaust and recognize Canadian survivors. The Monument stands on a .79 acre site at the intersection of Wellington and Booth Streets within the historic LeBreton Flats in Ottawa, symbolically located across from the Canadian War Museum.

The Monument honors the millions of innocent men, women and children who were murdered under the Nazi regime and recognize those survivors who were able to eventually make Canada their home. The Monument is an experience that combines architecture, art, landscape and scholarship in ways that create an-ever changing engagement with one of the darkest chapters of human history while conveying a powerful message of humanity’s enduring strength and survival.

The cast-in-place, exposed concrete Monument is conceived as an experiential environment comprised of six triangular, concrete volumes configured to create the points of a star. The star remains the visual symbol of the Holocaust – a symbol that millions of Jews were forced to wear by the Nazi’s to identify them as Jews, exclude them from humanity and mark them for extermination. The triangular spaces are representative of the badges the Nazi’s and their collaborators used to label homosexuals, Roma-Sinti, Jehovah’s Witnesses and political and religious prisoners for murder.

Edward Burtynsky’s large scale monochromatic photographic landscapes of Holocaust sites – death camps, killing fields and forests – are painted with exacting detail on the concrete walls of each of the triangular spaces. These evocative murals aim to transport the visitor and create another dimensionality to the interiors spaces of canted walls and labyrinth-like corridors.

Surrounding the monument, a rough landscape of various coniferous trees will emerge from the rocky pebbled ground. This landscape will evolve over time representative of how Canadian survivors and their children have contributed to Canada.

The National Holocaust Monument opened to the public on September 27, 2017