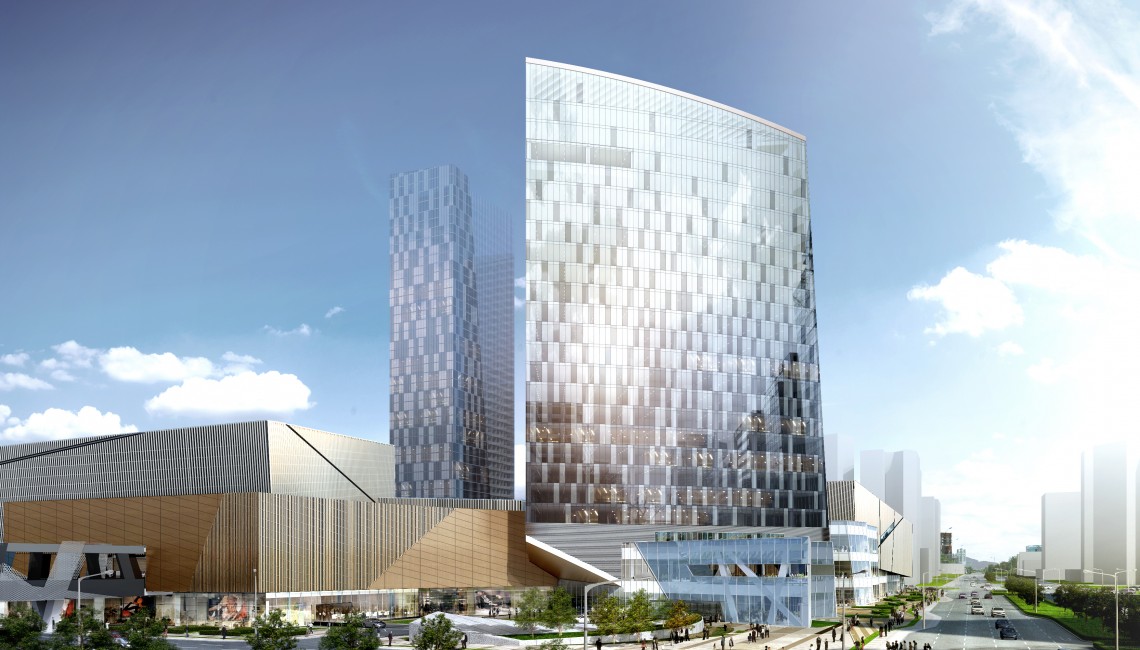 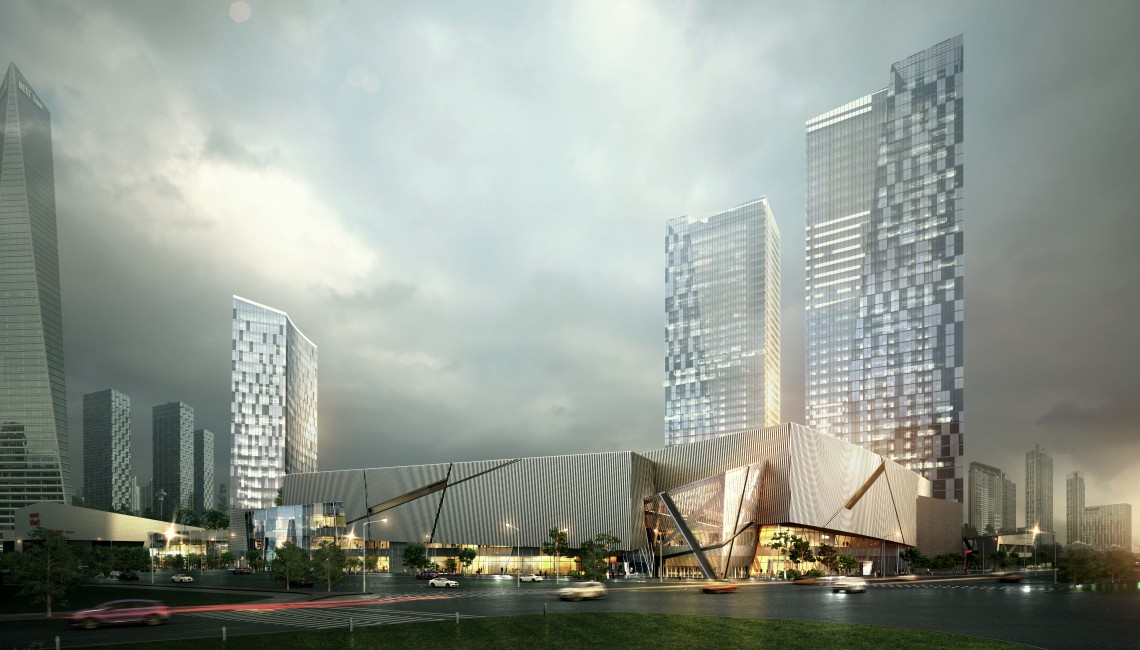 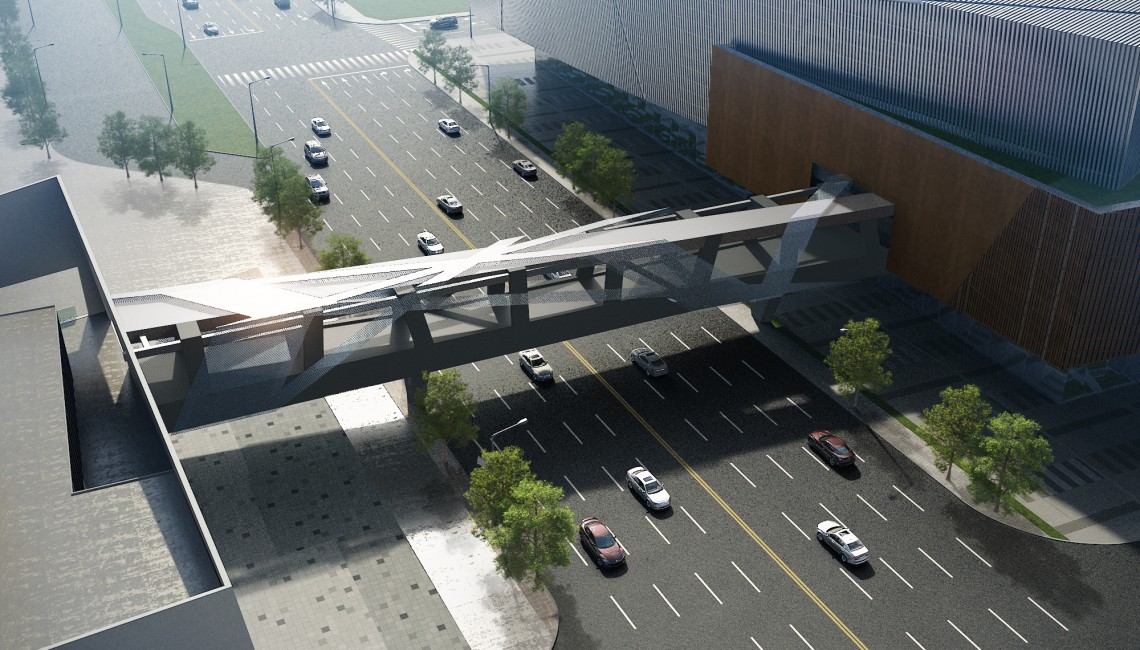 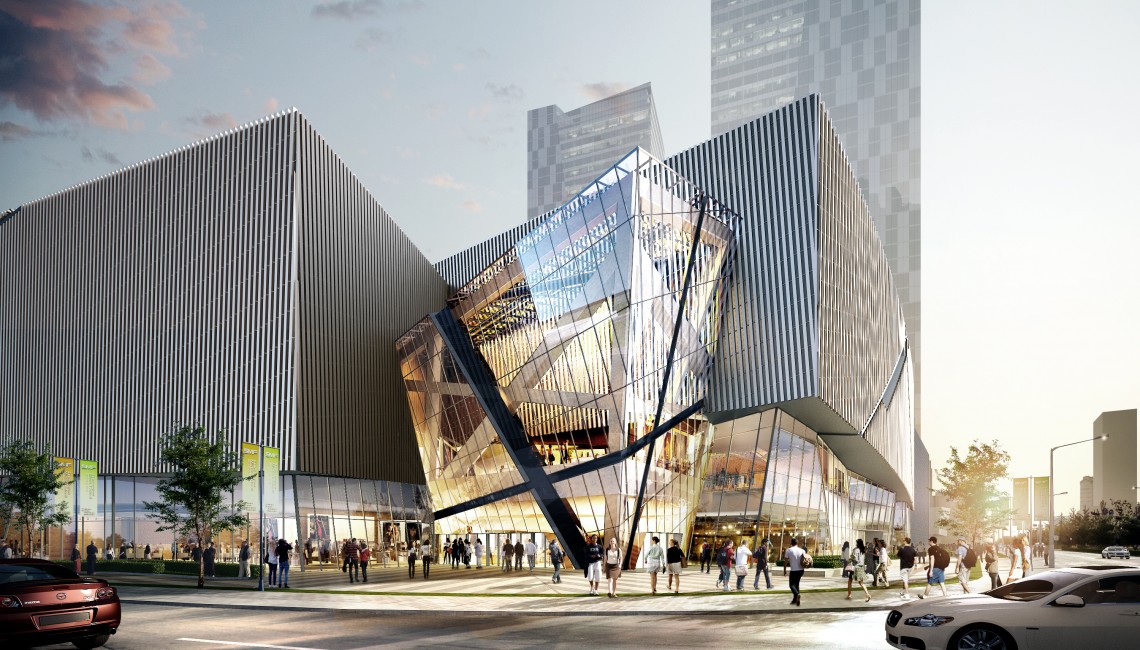 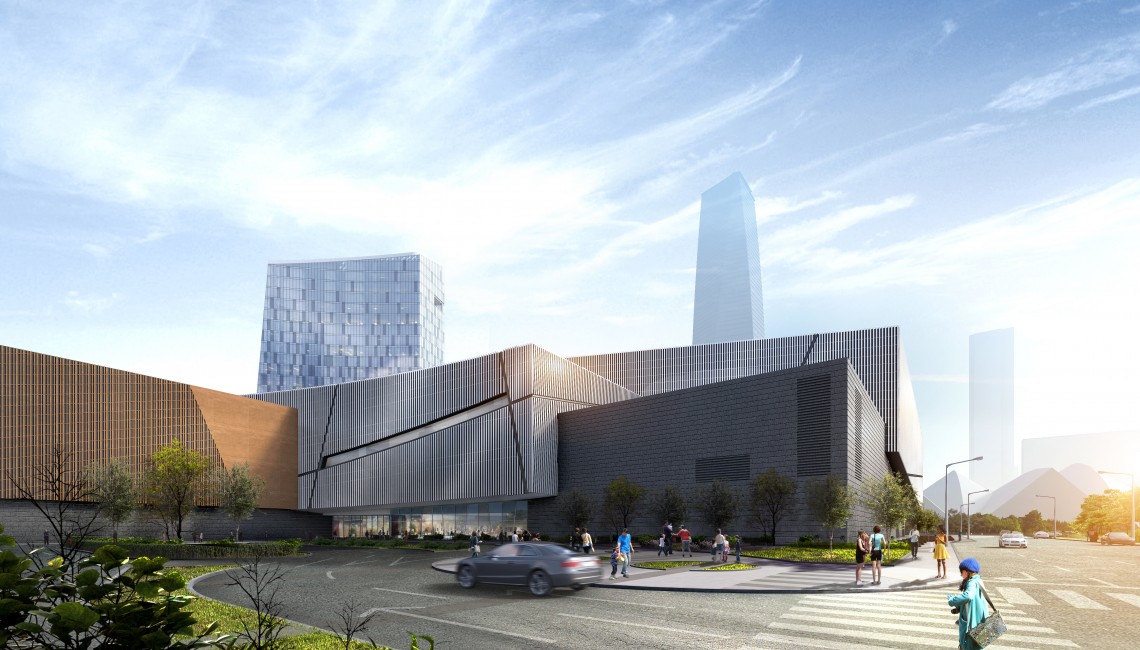 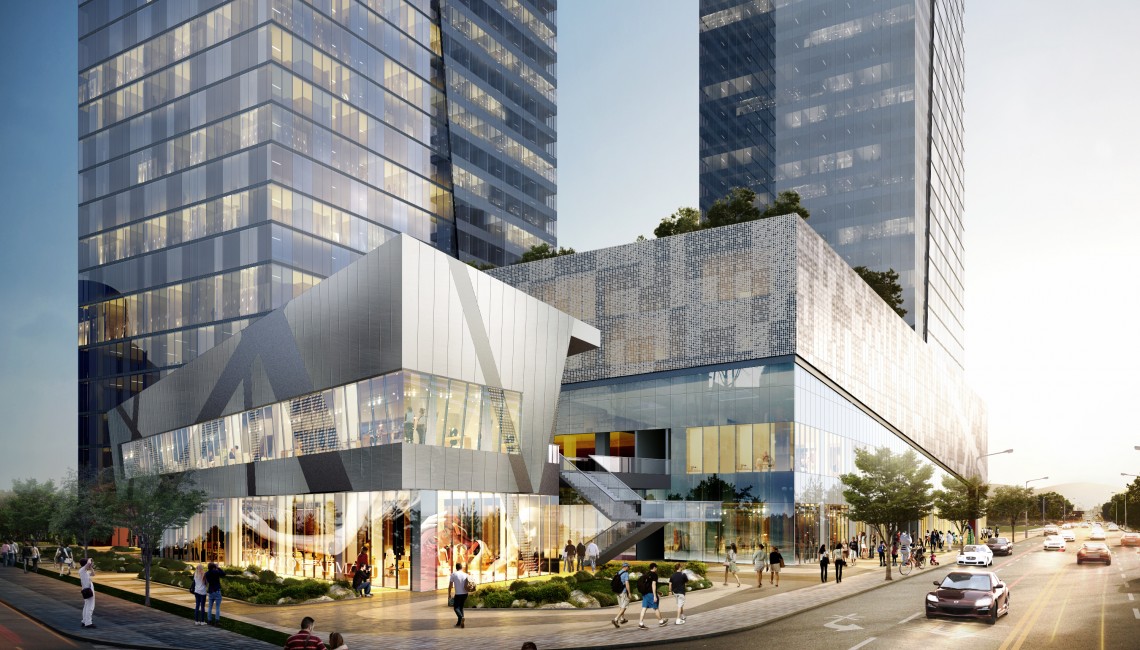 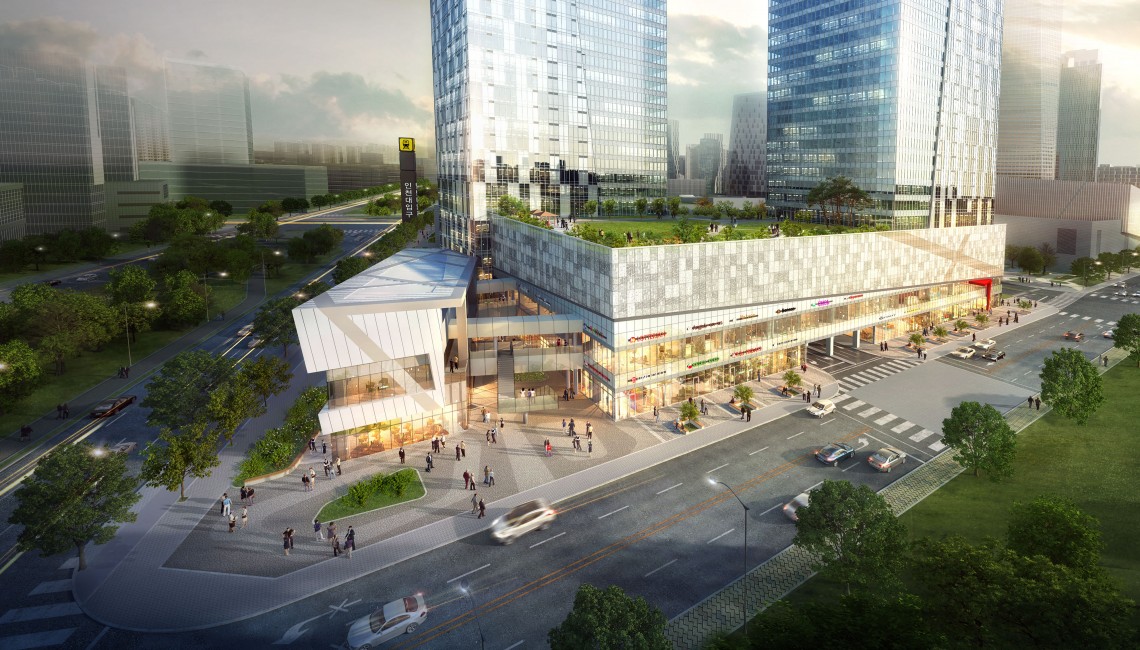 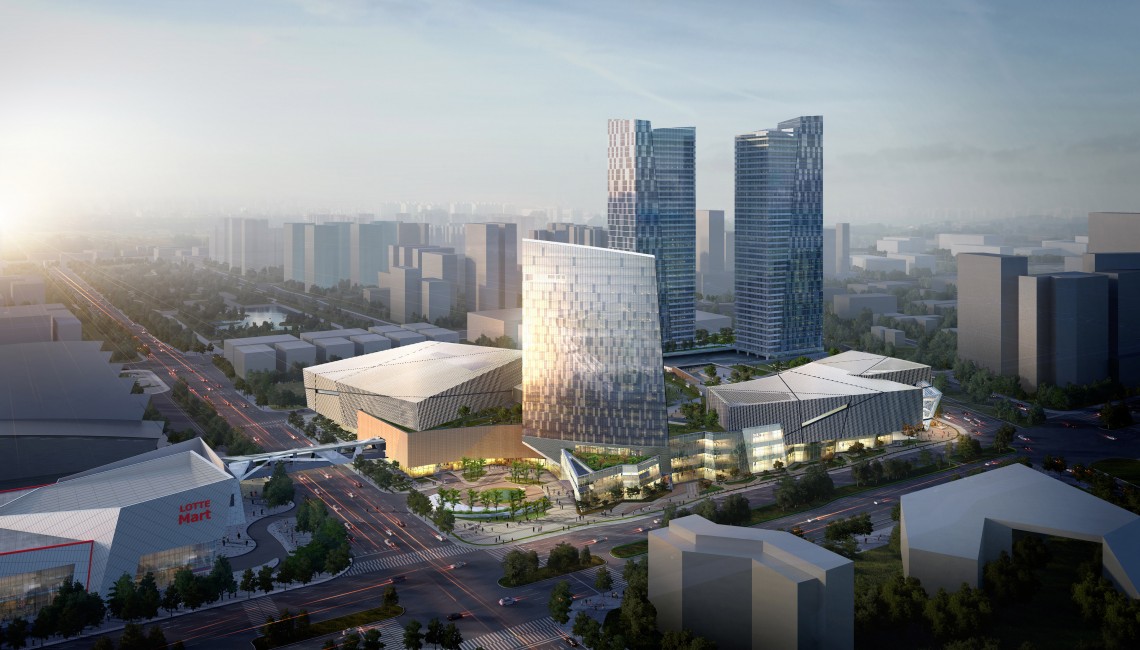 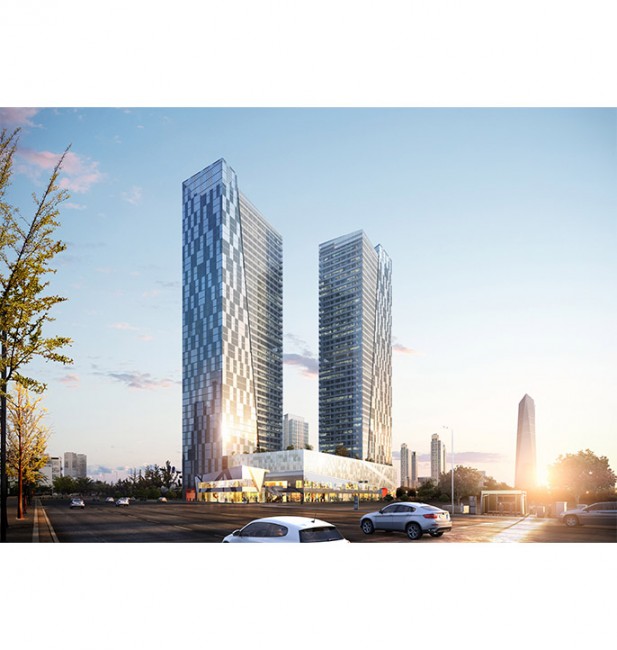 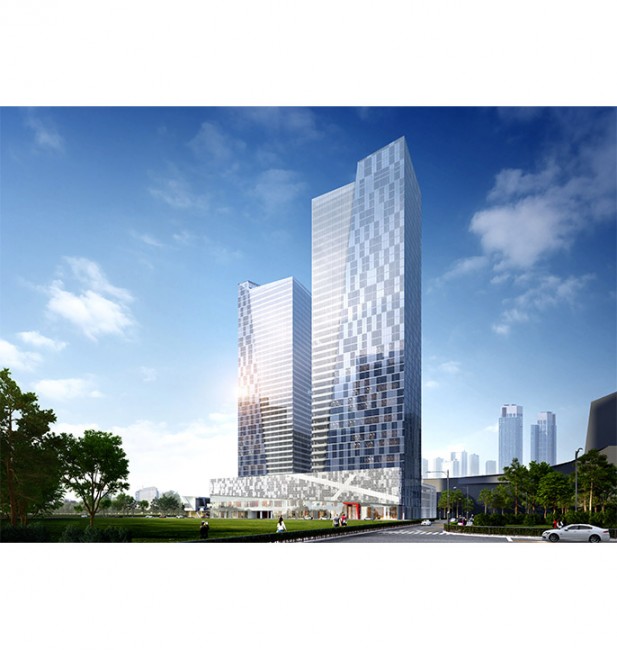 The Lotte Mall Songdo is inspired by the aesthetics of Korean efficiency and luxury, with a form that is composed of glass, greenery and steel.  The round entrance and the broad site plan create differentiated areas, allowing for a diversity of light, lines and form. The new towers are visible beyond the shopping center’s asymmetric façade, creating a balance between the low and high-rise structures.   The bold architectural lines of the Lotte Mall Songdo will serve as a visual guide for visitors, inviting the public to enter.

The project is comprised of three integrated components that form a hub connecting private and public spaces. The site is adjacent to a central park and two major thoroughfares, and is linked to the subway via the main circulation artery as well as the primary retail corridor.

The massing of the shopping center has been lifted off the street to highlight its great accessibility to the community.  The raised volumes create an interlocking facade of multifaceted glass that anchors the main corners, instilling light throughout the public space.  The curvature of the volumes creates garden segments as well as a large roof deck. Public spaces invite those visiting the Multiplex  and the shopping center to experience quiet green space and a spanning view of the city amidst the curving forms of the Officetel and Hotel Towers.

The Officetel Towers’ diagonal verticality distinguishes the towers as two separate elements, while the 21-story hotel tower occupying the adjacent corner balances the composition of the site plan, forming a rational and elegant ensemble of buildings.

The Officetel Towers are currently under construction with completion expected in 2019.  The Lotte Mall Songdo is expected to be completed in 2021.