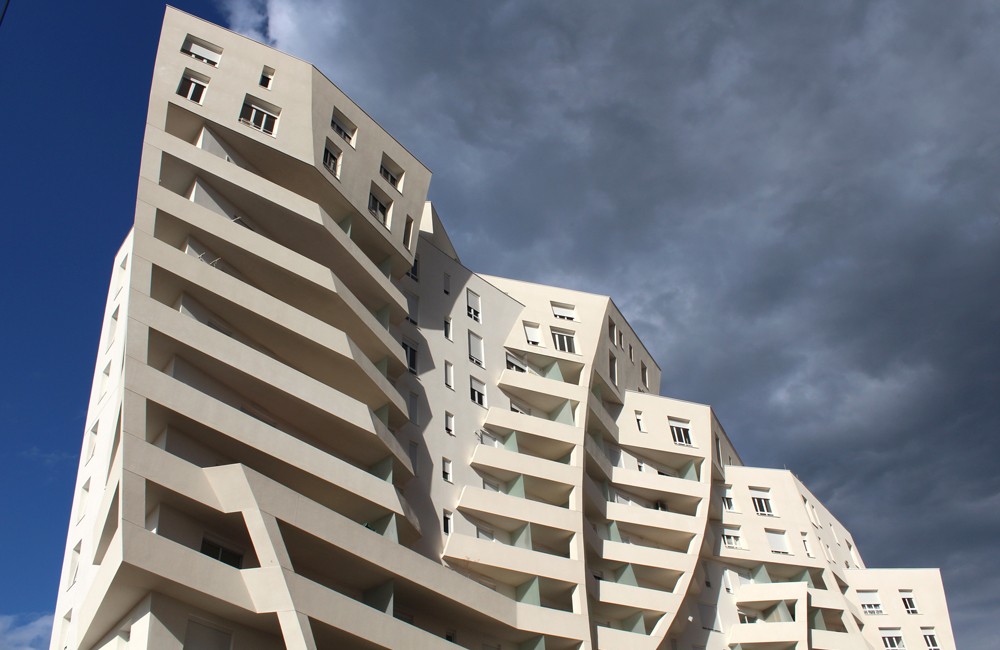 Studio Libeskind’s first project in Albania, the Magnet housing development, consists of a master plan for a new residential neighborhood within walking distance of Tirana’s city center, along with the design for the first 13,000 square meter tower within the master plan to serve as a catalyst for revitalizing the entire district.

The masterplan was tailored around a complex site that lacked any public streets. Studio Libeskind opted to keep the site car-free and created a system of interconnected green courtyards linked by pedestrian and cycle paths. The buildings around each courtyard are varied in scale, orientation and typology to prevent monotony and maximize light and air. Buildings around the central piazza are to feature retail to help build a vibrant neighborhood.

The thirteen story tower is crescent-shaped in plan, rising with stepped terraces toward a crescendo of 45 meter-high at the western tip.  The ridges of the undulating façade and the peaked penthouse silhouettes echo the surrounding mountain range seen beyond the city skyline from the terraces and balconies of each unit.  At street-level there is retail and office space and a pedestrian plaza—the central piazza snf first built parcel of the series of public urban spaces, which unite the master plan.

Each of the 115 units have south-exposed living areas where the window and door openings have been designed in concert with the balcony forms to maximize passive solar shading in the summer, while allowing the lower winter sun in.  Further, the terraced planted roof areas will absorb heat and storm water while providing green living areas for residents.

The building was completed in 2014