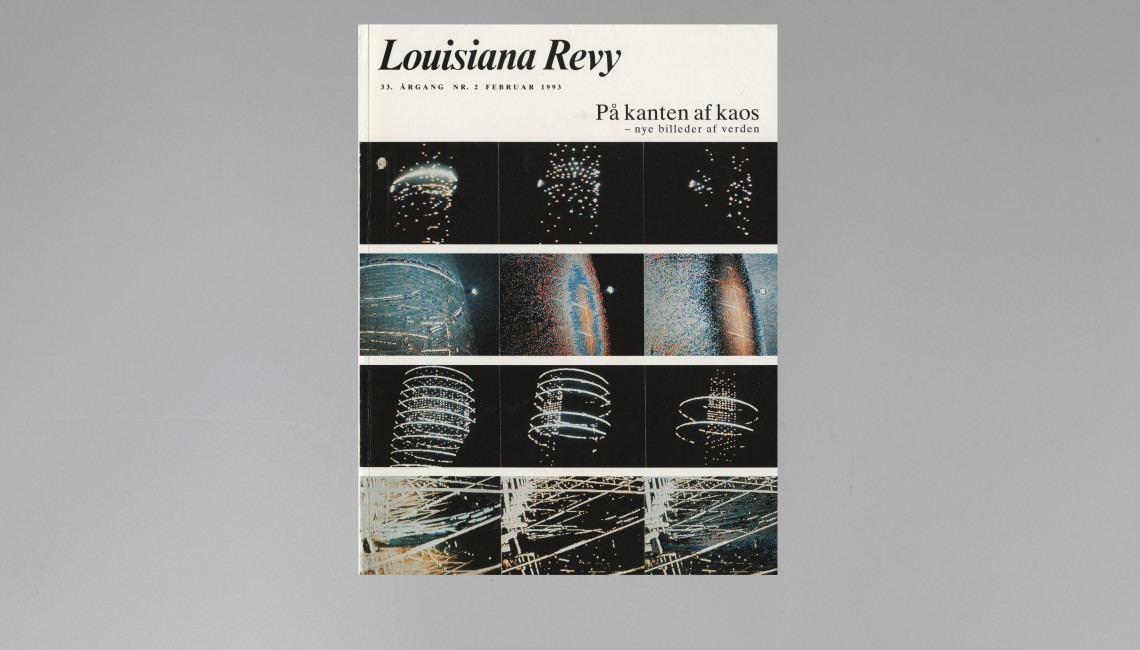 At the Edge of Chaos, Louisiana Museum of Modern Art, 1993

Natural sciences are primarly concerned with what is outside the human project. As the Danish writer Tor Norretranders says: “We are unable to understand nature and unable to estimate technology…” The great contribution of the culture of the natural sciences is that it is capable, all the time, of confronting us with something we had not expected and forcing us to take it seriously. So the question is, does this exhibition deal with the human project or with the limits of it? With ourselves or with what is different?

Professor N. Katherine Hayles’ subject is “chaotics”. She begins by explaining the term and points out that “in this view, chaos is transformed from being the opposite and antagonist of order to being order’s precursor and partner”. She quotes Prigogine’s and Stengers’ arguments for considering this change “an opportunity to renounce the drive for mastery and control”. Her conclusion is that the new theory is not prevented from obtaining the status of a transcendent, objective truth, but the greatest insight chaotics may engender is the understanding of the fact that “we know the world not because we are separated from it, but because we are connected to it”.