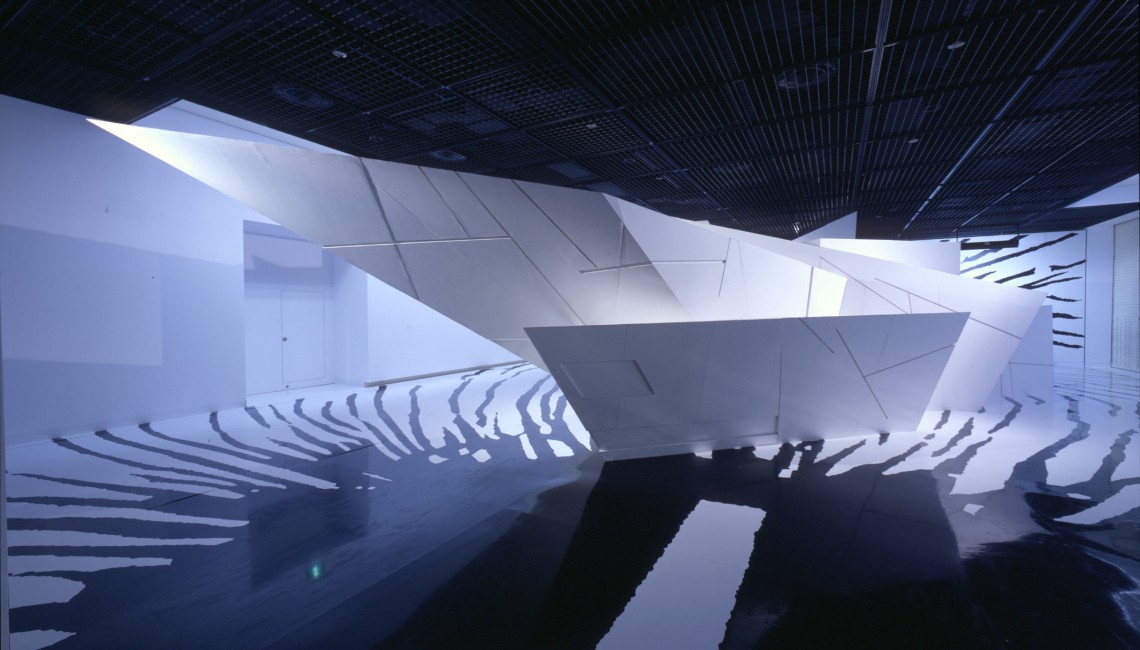 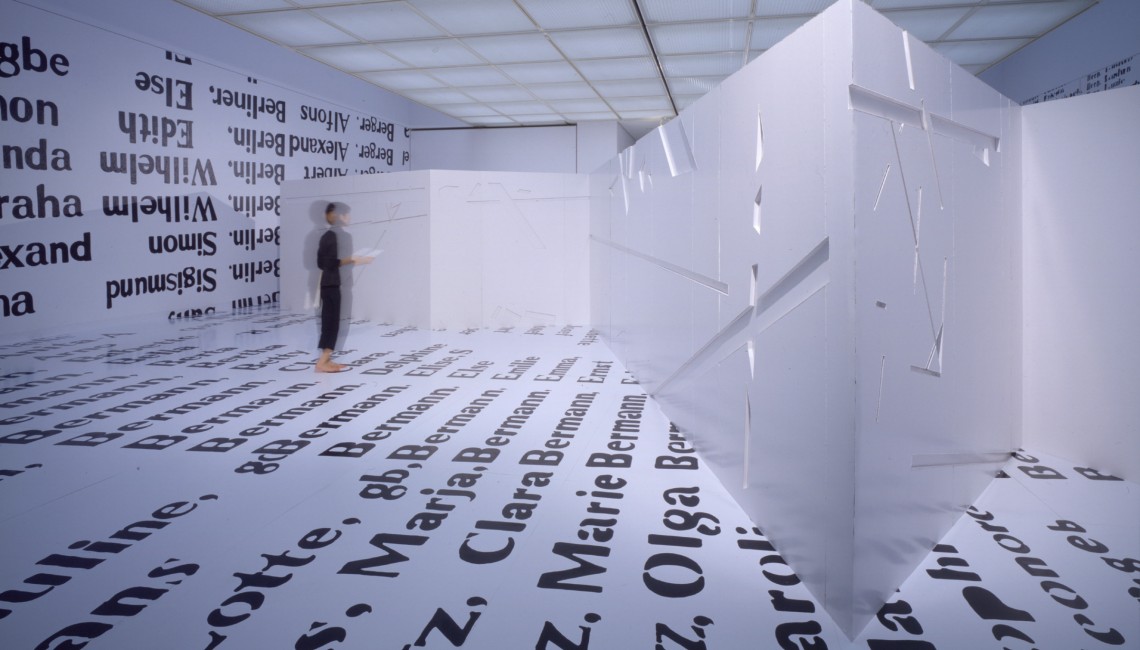 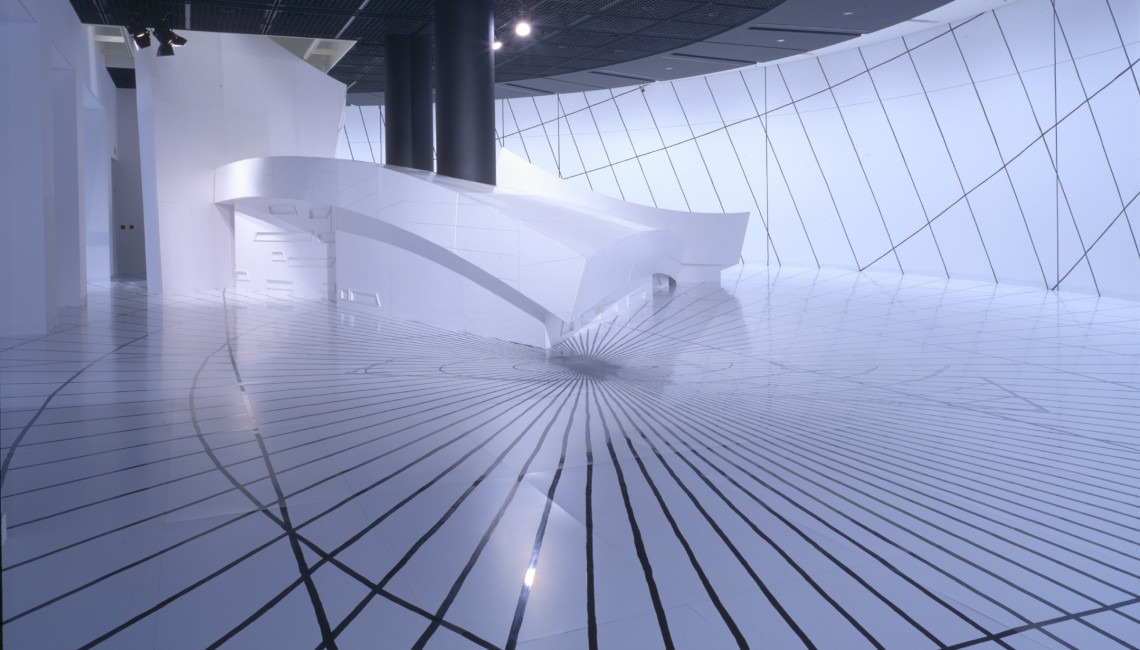 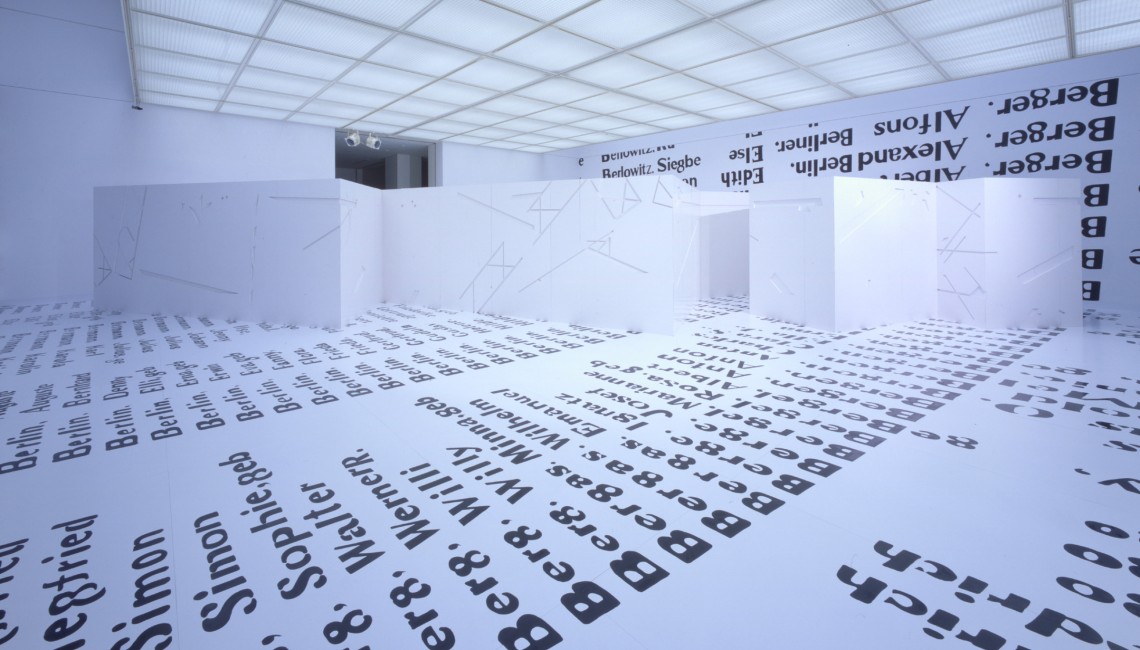 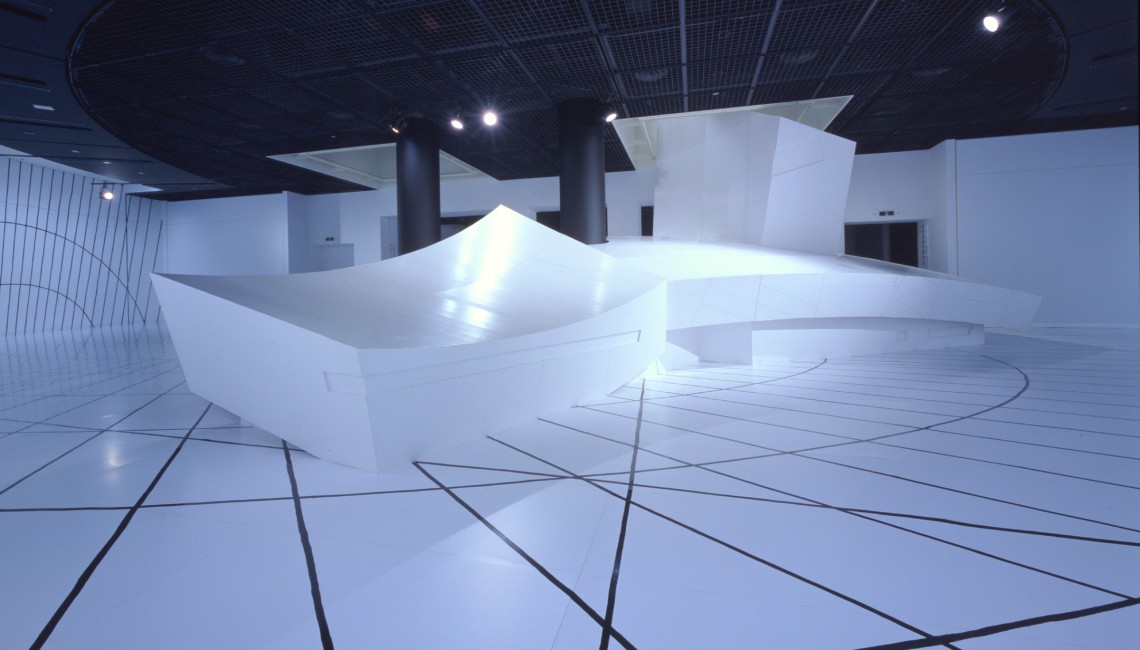 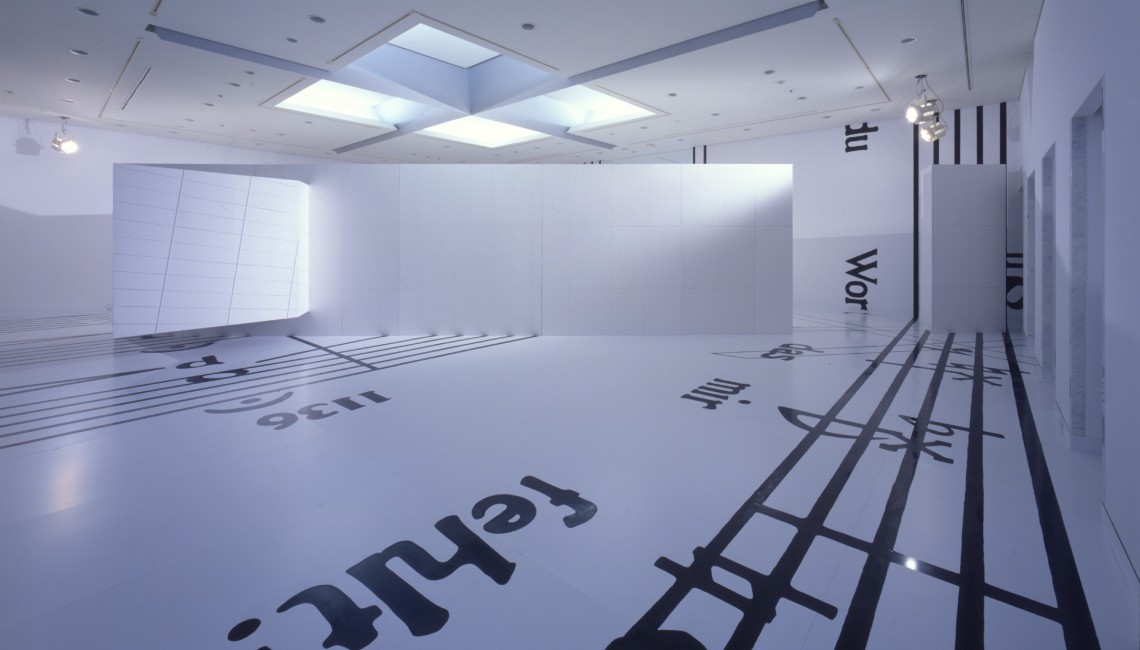 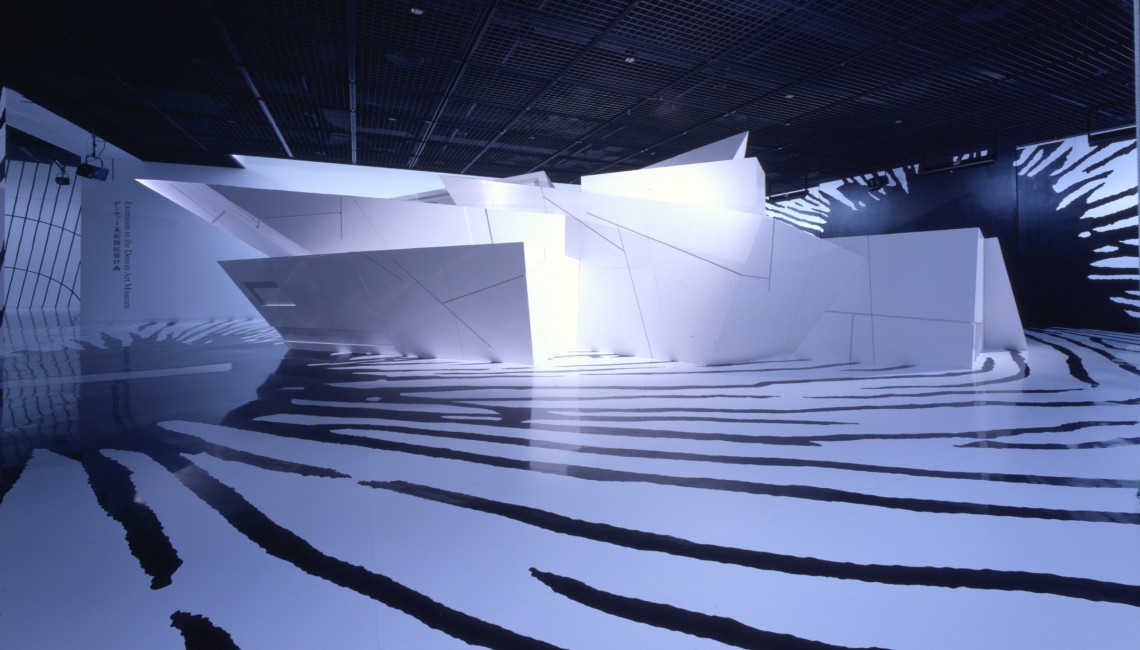 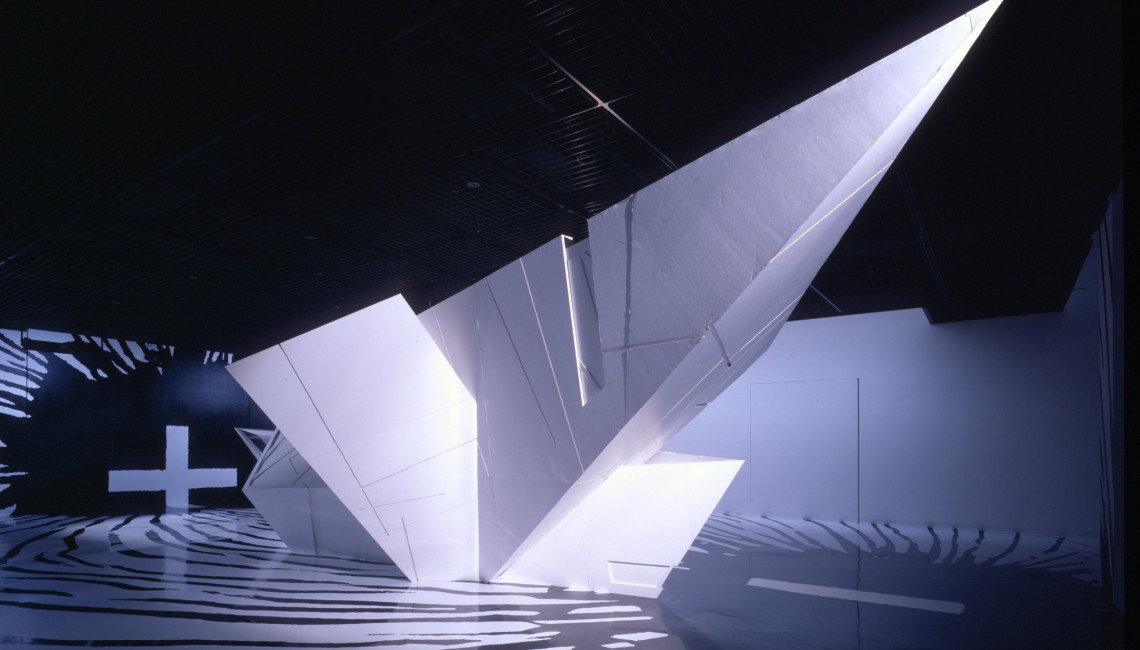 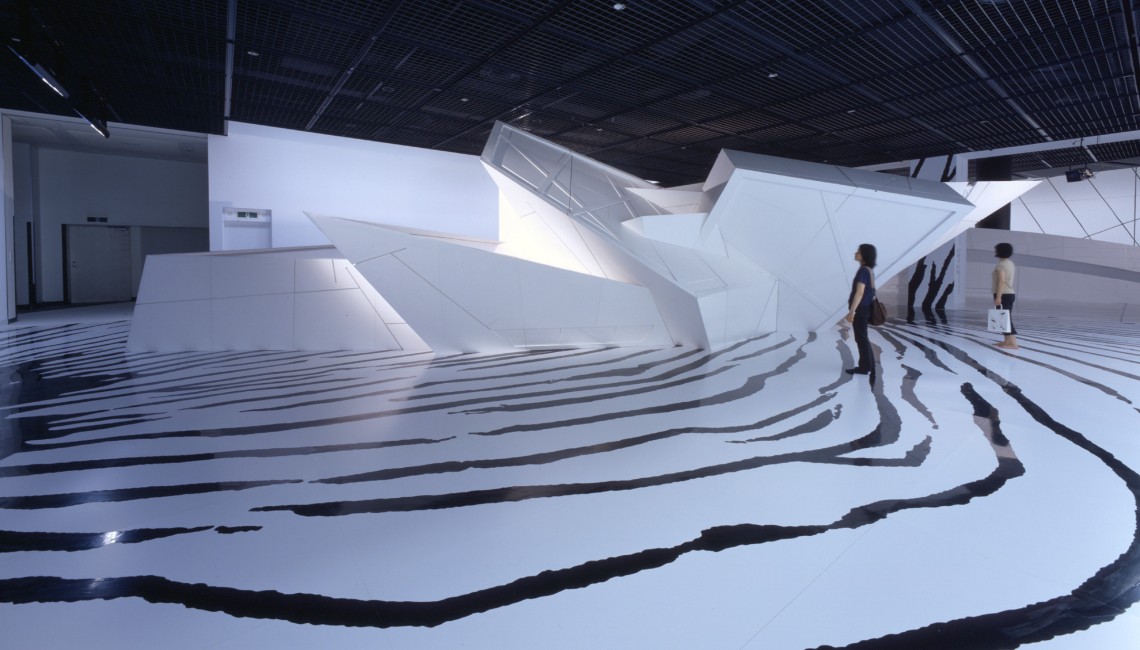 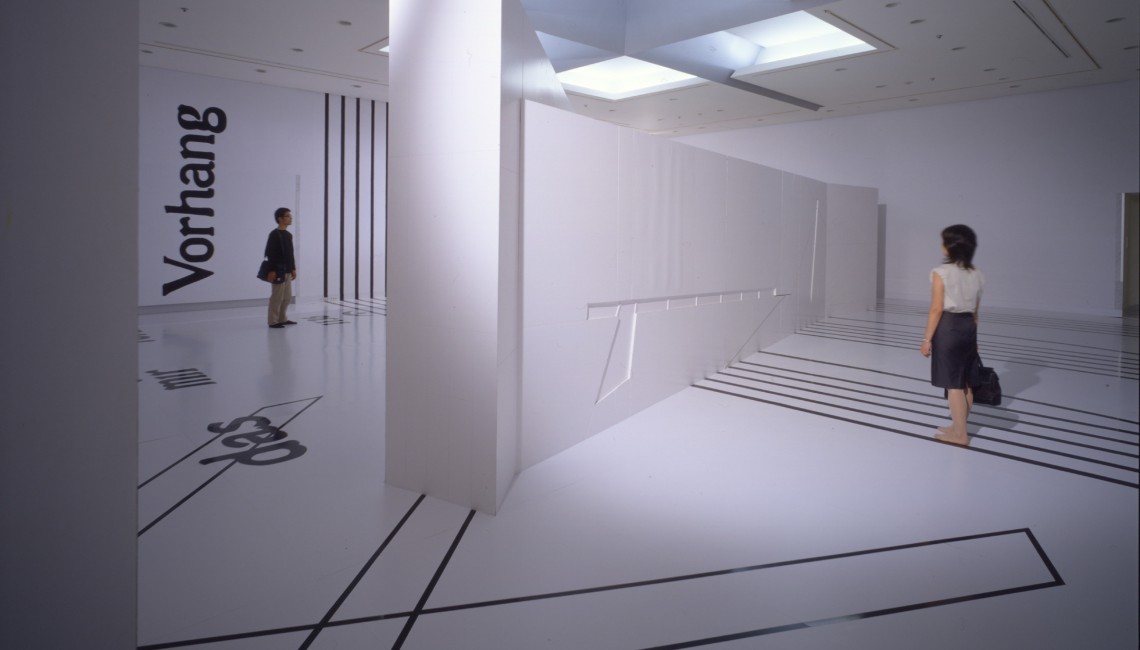 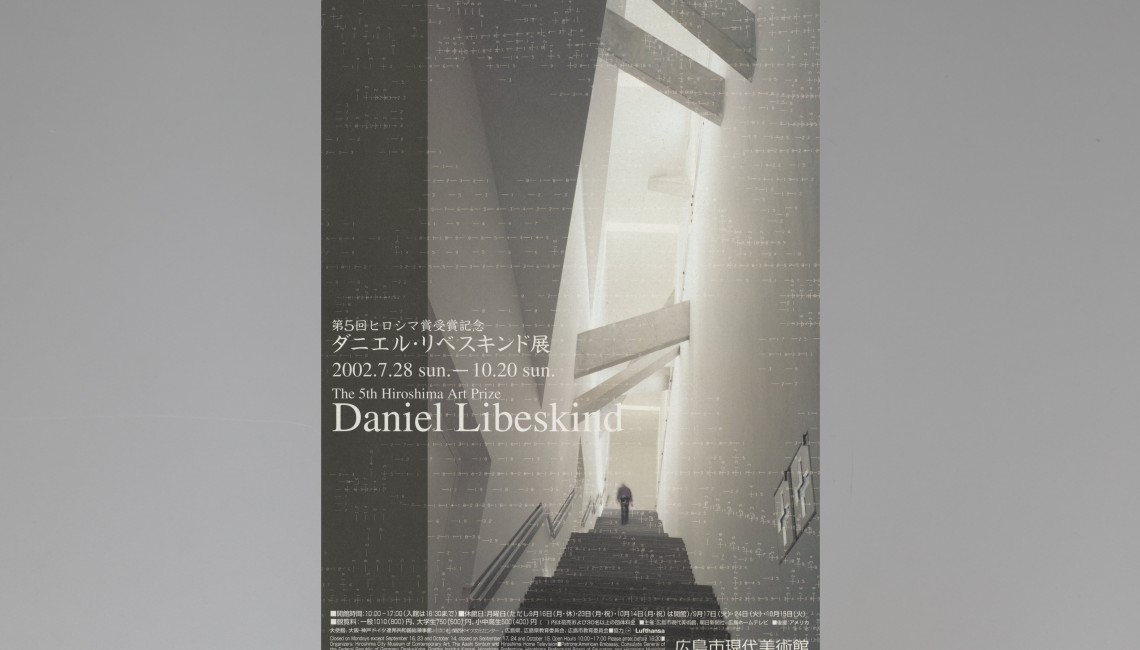 First architect to win the Hiroshima Art Prize, awarded to an artist whose work promotes international understanding and peace.

To commemorate the prize an impressive installation, comprised of large-scale models and drawings of four of Libeskind’s  projects: Felix Nussbaum Haus, Jewish Museum Berlin, Imperial War Museum North, and the planning for the extension to the Denver Art Museum.

Four Utopias for Each of the Six Stages of Existence

This exhibition deals with the displacement which the space of Hiroshima initiated in the world and relates it to the displacement in architectural language. The displacement, or gap, is the space between planning and reality, model and object, space and its absence. To this end, the exhibition contrasts the hollowness of space and the physical presence of the idea of architecture and its reality. Neither model nor drawings, but the space in between is the navigational aspect of the permanent rift, but must remain in an oscillating inter-determination which one can call contemporary urban space.

This exhibition seeks to retrieve the past from an impossible future and form an architecture which is immune to complacency. Here, architecture is exposed to spatial, philosophical and political reflection centered on measure the immeasurable. The scale of the project changes in each room while presenting a series of forms that develop in momentum. Each for is enveloped by a text that gives resonance and social use to the tectonics of the program.

I have sought to create a different architecture for a time which would reflect an understanding of history after world catastrophe. The Holocaust was the premonition, and of course Hiroshima and Nagasaki came soon after. It underscores the necessity to create a different—and by different I mean ethical—architecture for the twenty-first century which is based on a fundamentally transformed political, cultural, and spiritual experience.

This exhibition traveled to NTT InterCommunication Center [ICC] Gallery in Tokyo, Japan in 2002