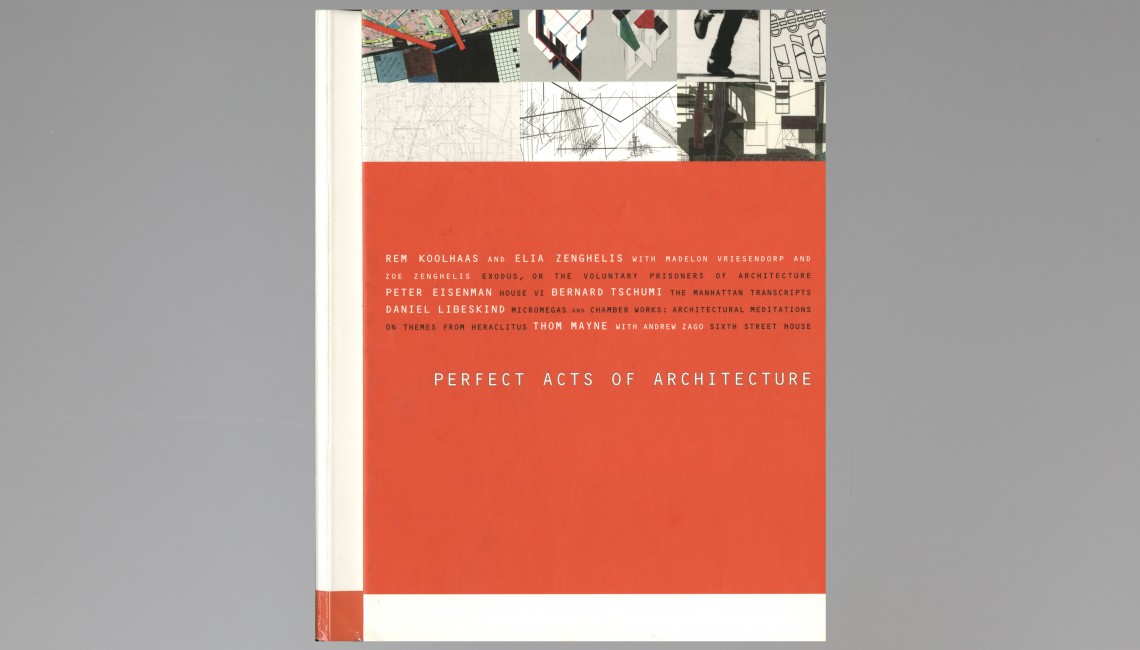 The exhibition presents six series of highly inventive drawings created between 1972 and 1987 by Rem Koolhaas and Elia Zenghelis, Peter Eisenman, Bernard Tschumi, Daniel Libeskind, and Thom Mayne-young architects who went on to establish international reputations. In the early 1970s, a sluggish world economy and an entrenched professional conservatism had all but curtailed innovative building, moving the most talented architects into an academic environment. Encountering a turbulent intellectual scene there, they used graphic experimentation as a primary means of researching the connections between architecture, philosophy, film, and contemporary culture. The stage was thus set for an eruption of ‘paper architecture’ of incomparable beauty, brilliance, and depth. (MoMA)

The exhibition traveled to:

The AXA Gallery in association with The Museum of Modern Art, New York