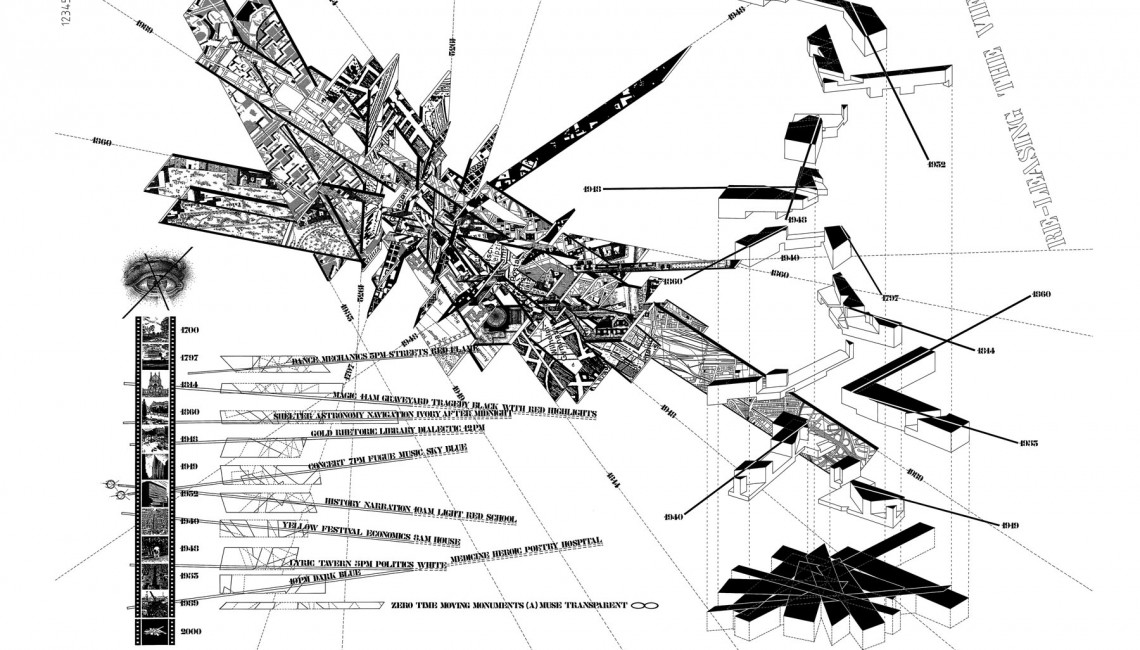 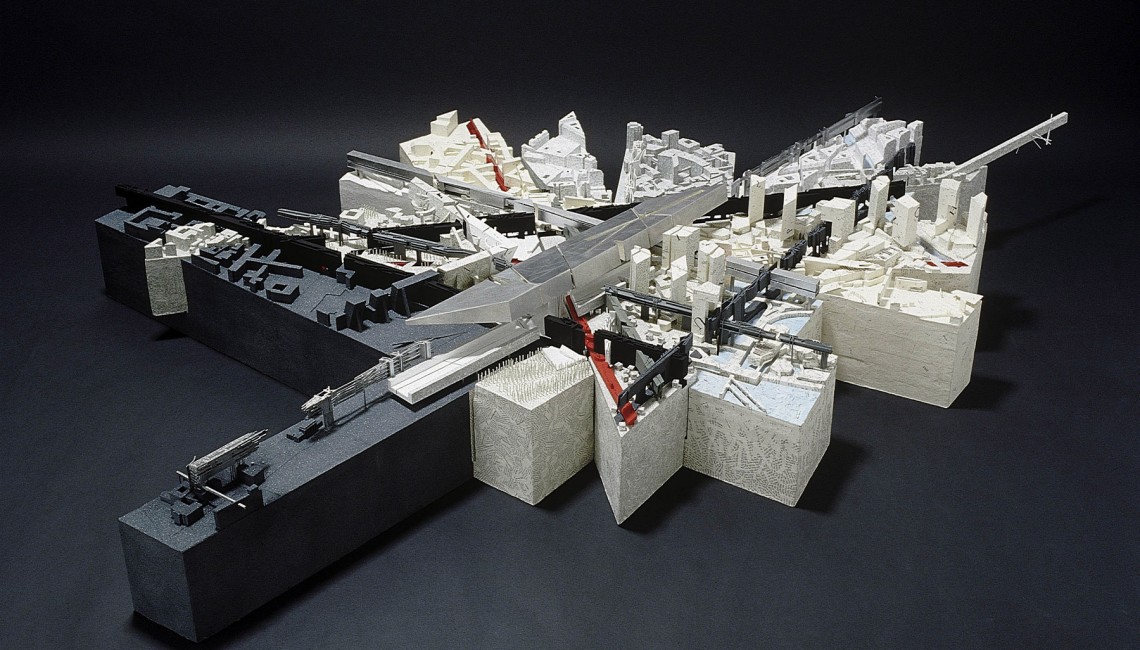 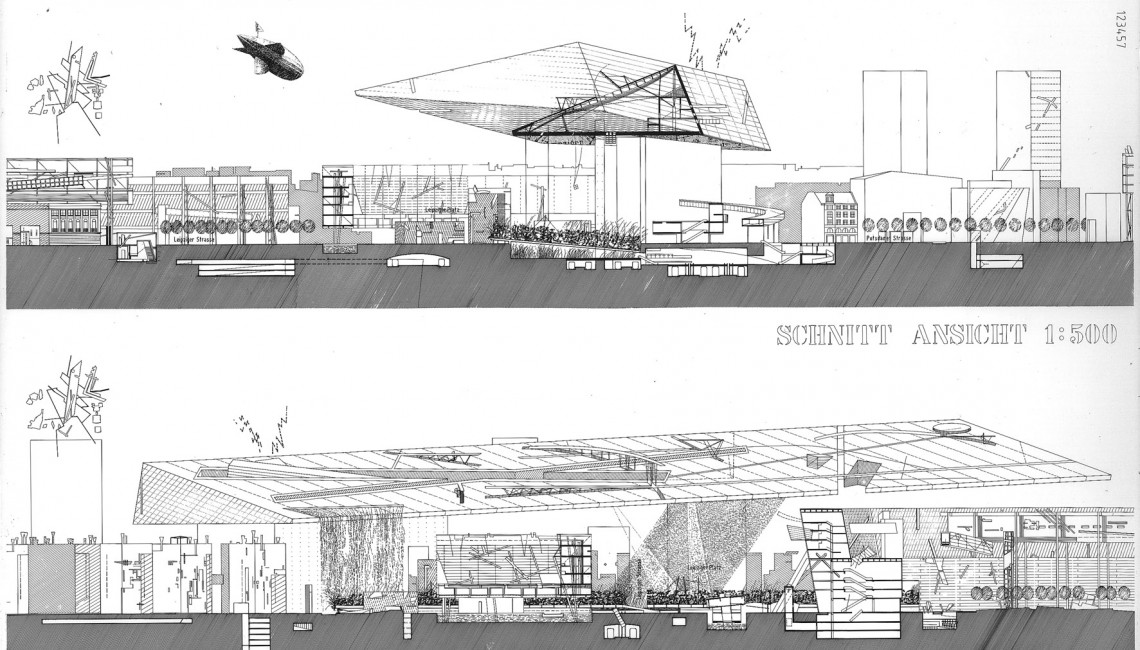 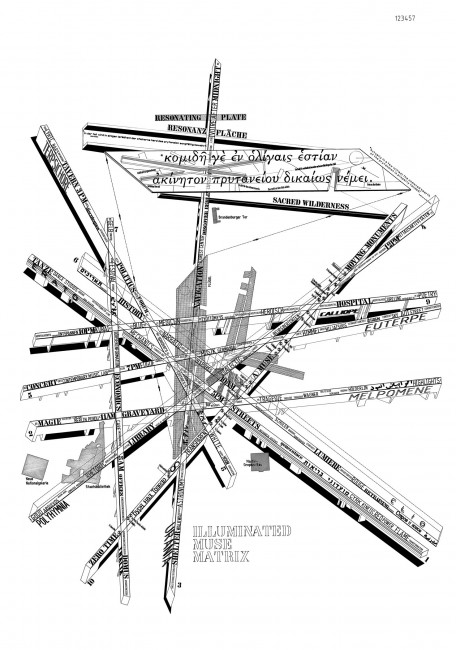 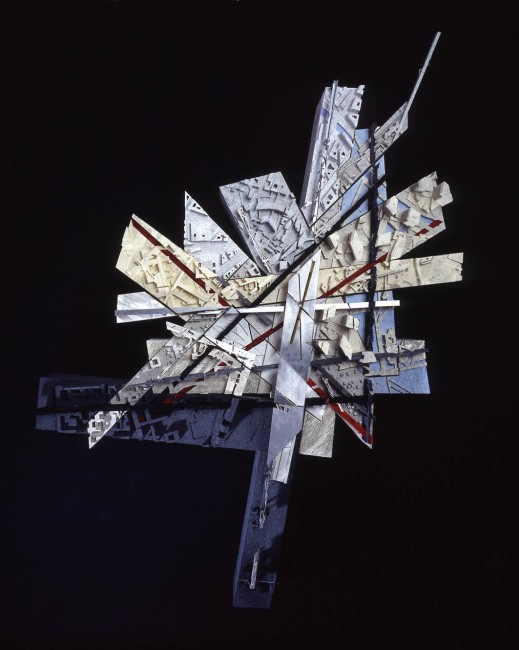 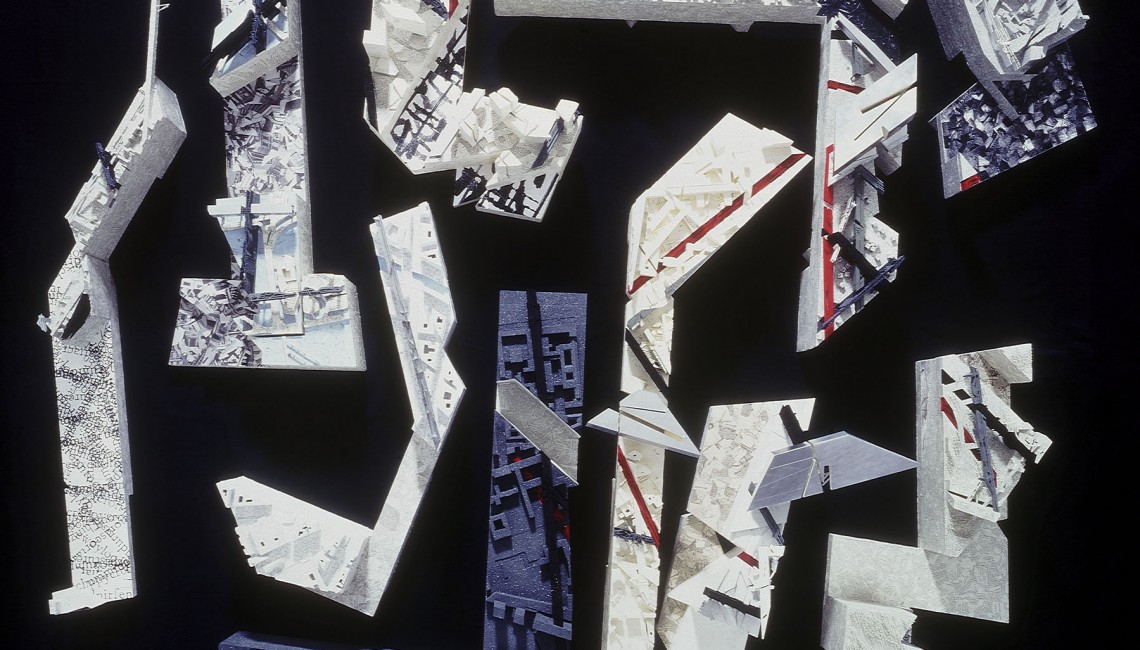 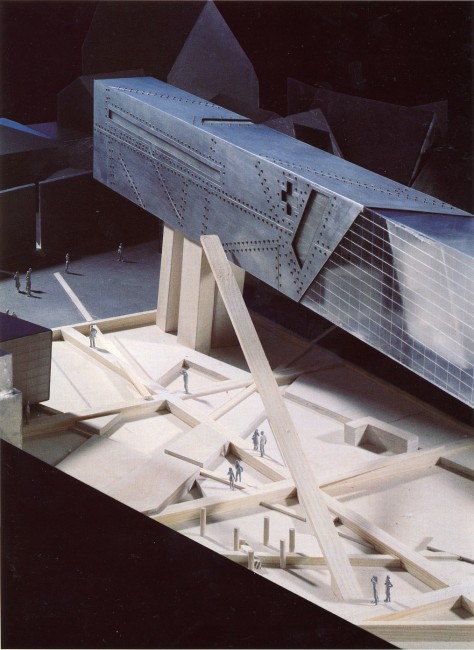 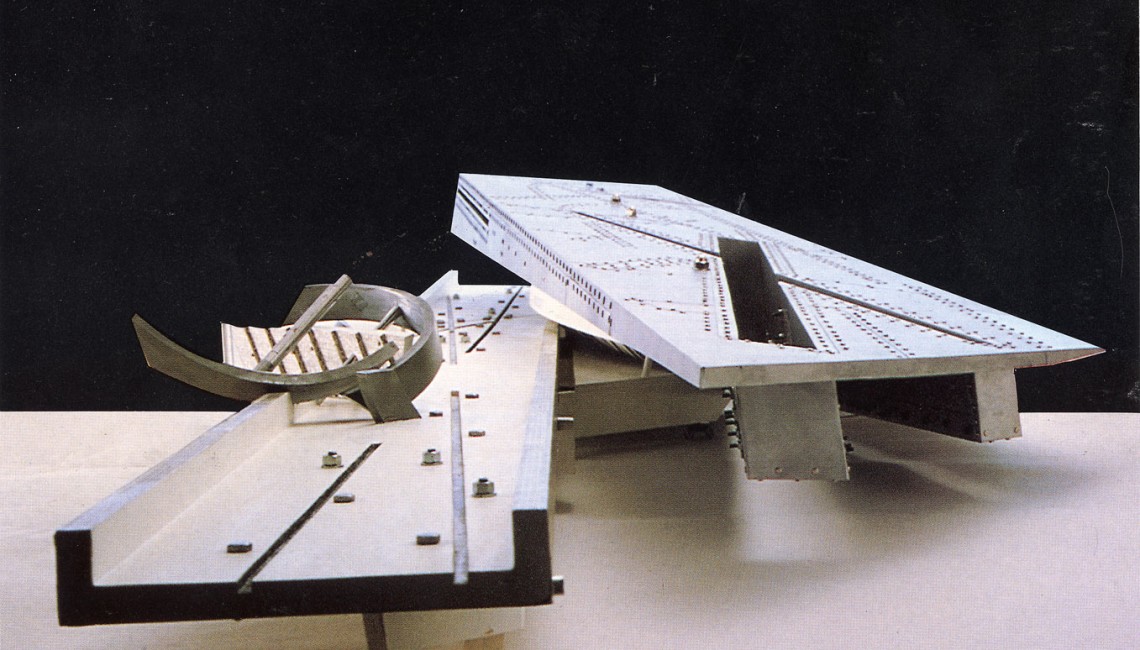 Daniel Libeskind’s design for the 1991 competition to redesign Potsdamer Platz sought to parse the temporal and spiritual discontinuities in the area.

Potsdamer Platz was once at the beating heart of the Prussian capitol, before becoming an urban vitrine for Nazism, adorned in neon signs to Reich media. The square was razed by Allied air attacks during the war and was then cut in half by the Berlin Wall in 1961, leaving almost 60 hectares barren. In 1990, the city of Berlin announced a competition to redesign the site, attracting an international field of architects.

For the competition, Libeskind chose not to see the desolate space as a tabula rasa, but as a dialectic space for confronting the past and re-imaging the future. Prevailing attitudes at the time sought to rebuild the area along more traditional lines, yet in the spirit of optimism, Libeskind sued for a more critical exploration of the relationships that would underpin the 21st-century metropolis.

Entitled “Out of Line,” Libeskind’s design envisioned a matrix of intersecting lines known as the “ten thunderbolts of absolute absence.” The matrix is a puzzle of memory fragments, nine representing past viewpoints and the tenth a gateway to the future.

The lines carry both theoretical significance and have a functional use as a series of mixed-use structures. The design was a wholly three dimensional project, with structures above, on and below the street. Residential, commercial, cultural, educational, and even light manufacturing spaces were provided for in the design.