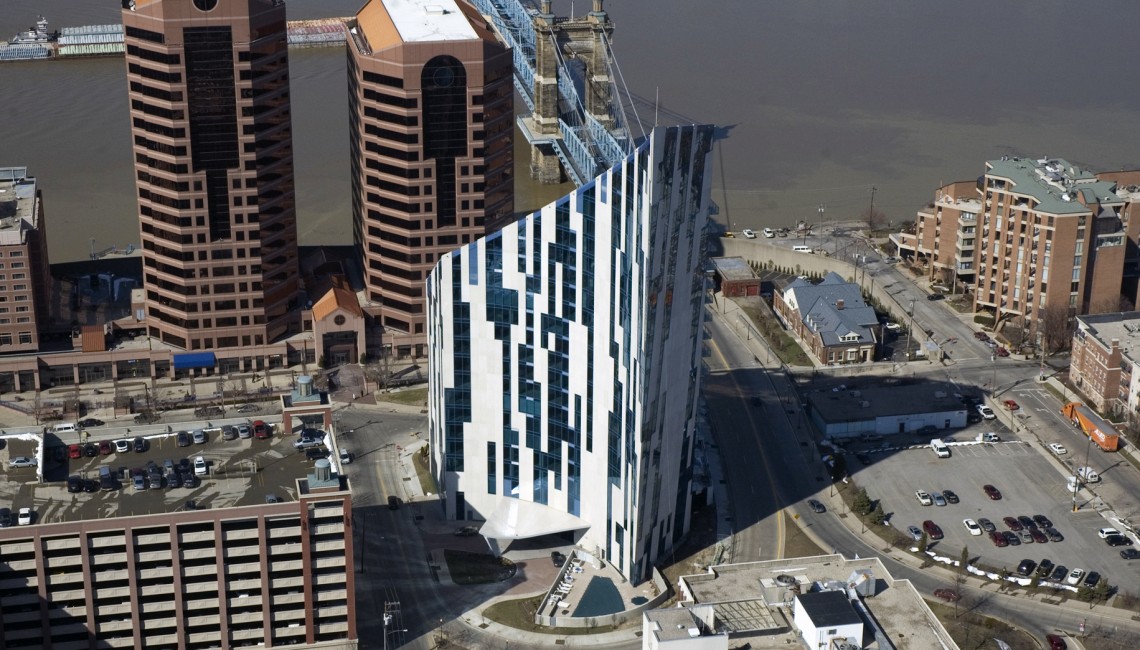 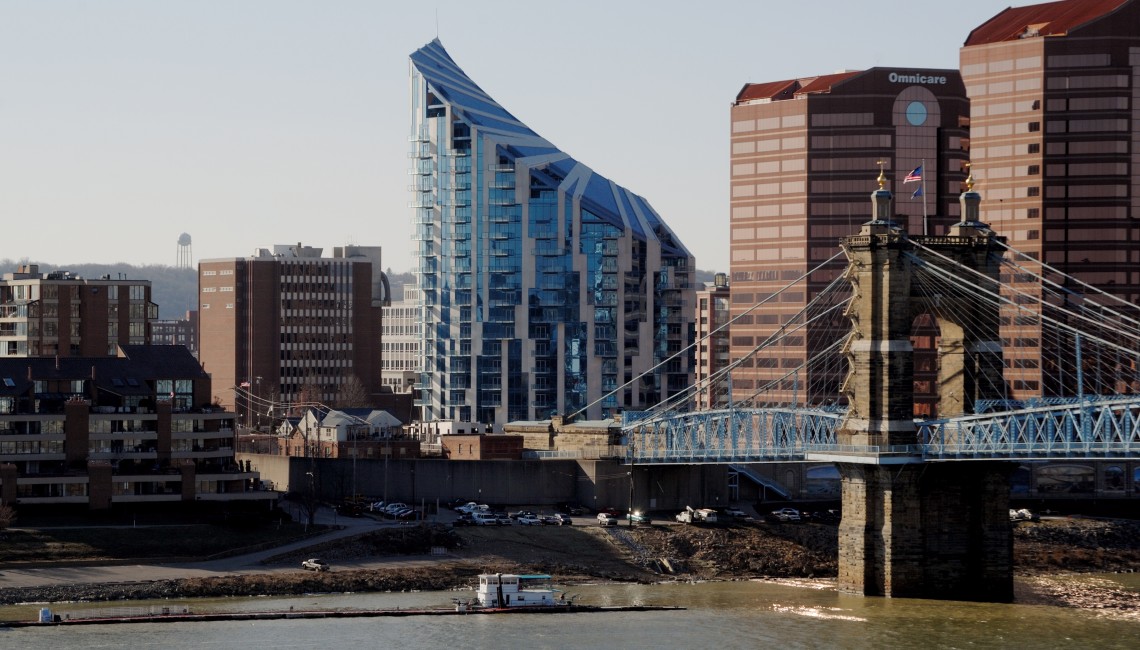 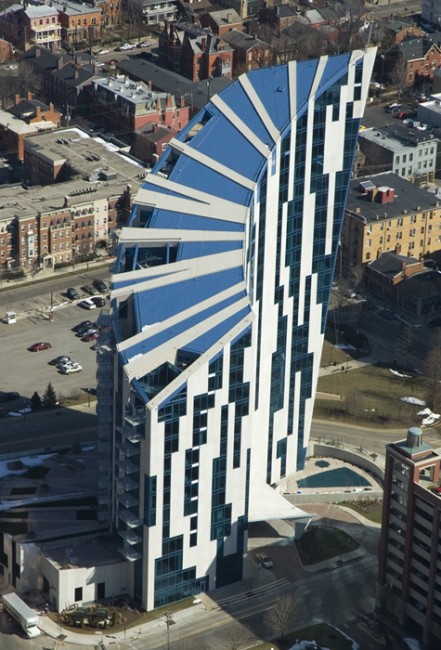 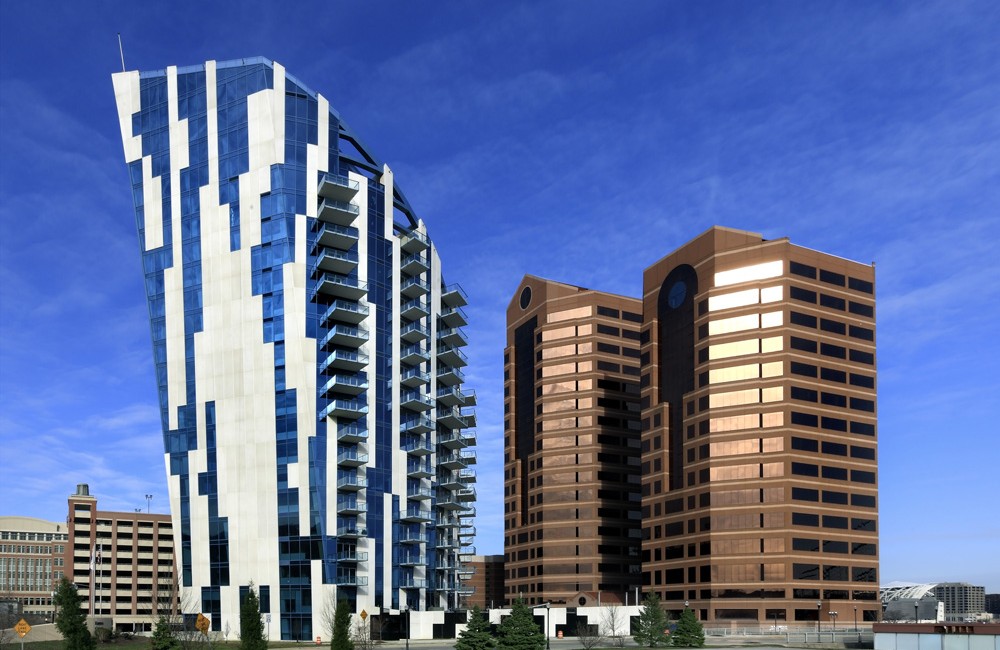 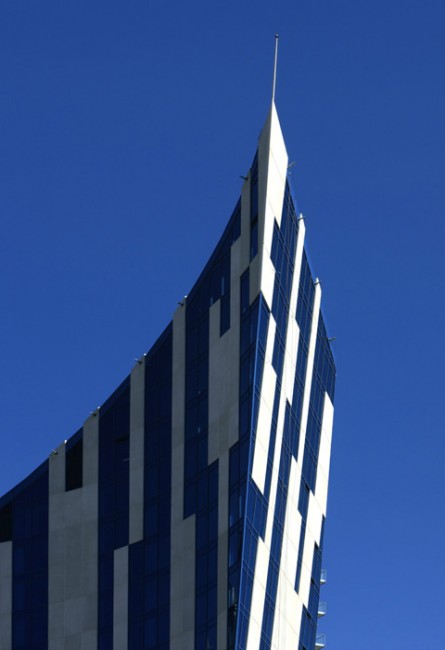 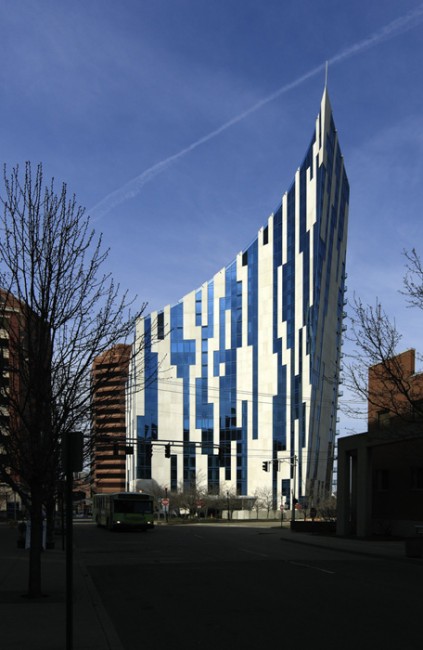 The Ascent at Roebling’s Bridge in Covington is a stunning testament to the vitality and rebirth of the greater Cincinnati area, bridging the gap from the area’s industrial roots to its contemporary identity.

Situated on a 1 acre site adjoining the slipway to Roebling’s Bridge, the building reaches 300 feet at its pinnacle and is a departure from the surrounding waterfront buildings. Even so, the building features a color palate that echoes the trusses and cables of the bridge, paying homage to Roebling while also suggesting the promises of a digital future. The ascending crescent form and sloped rooflines offer unmatched views of Cincinnati and provide a visual link between the neighboring low-rise residential structures and taller commercial buildings.

The building includes 70 residential units, a swimming pool, garden facilities, large public event space, and a restaurant on the plaza level. The vertical bands in the façade provide shade for the residences and combine with the balconies and inset terraces to create a dimensional interplay that further enhances the building’s visual character.

The Ascent marked Daniel Libeskind’s return to Kentucky, having taught at the University of Kentucky in the early 1970s.

The project was completed in 2008.

“It is a striking addition to the skyline, with its swooping peak and white and glass mottled sheath.”
– Cincinnati Enquirer, March 2008