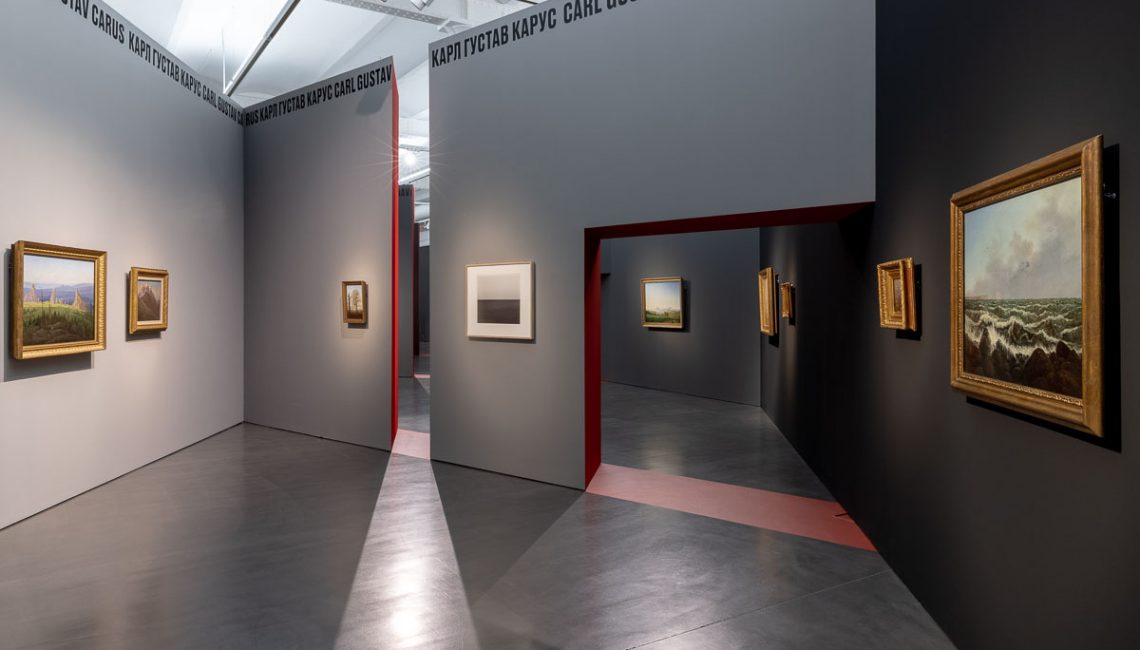 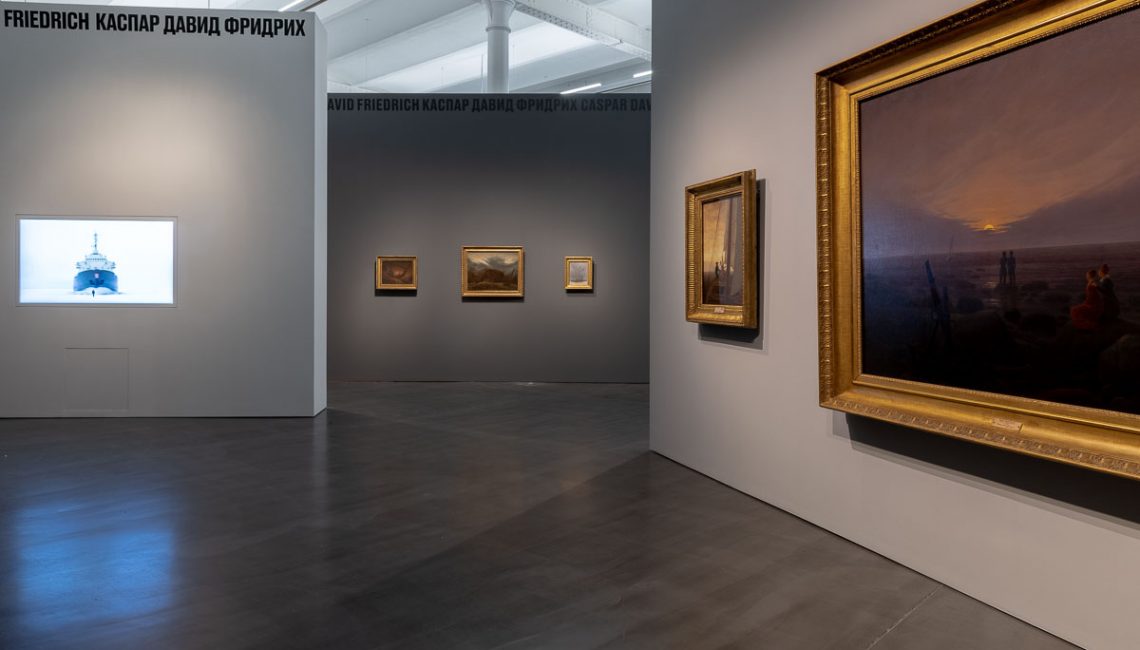 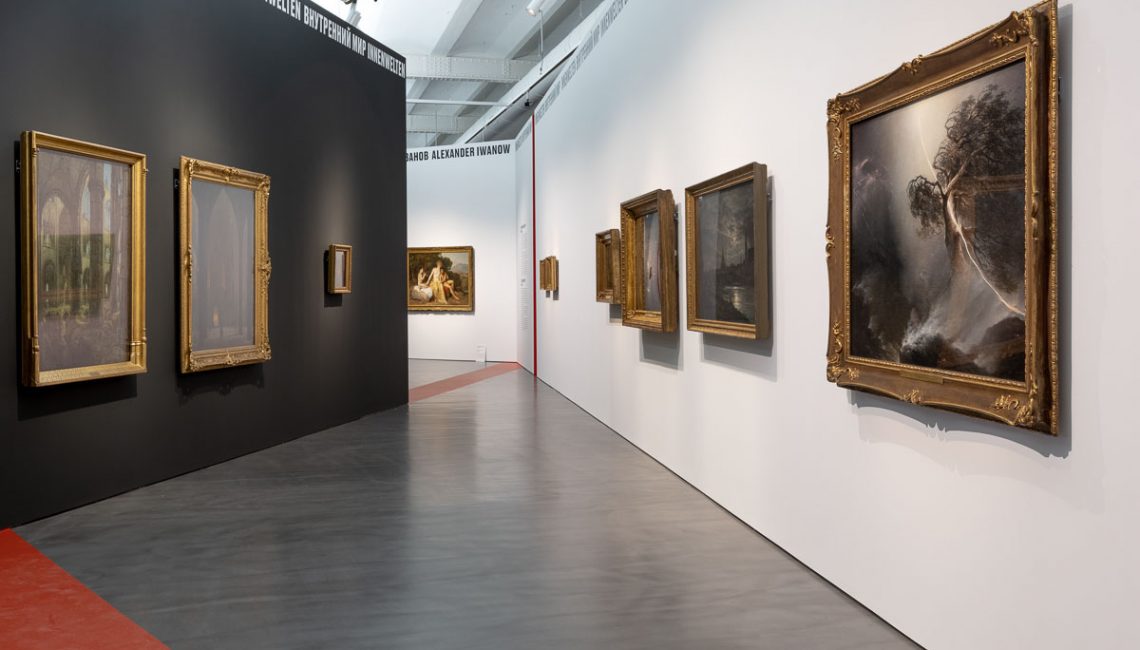 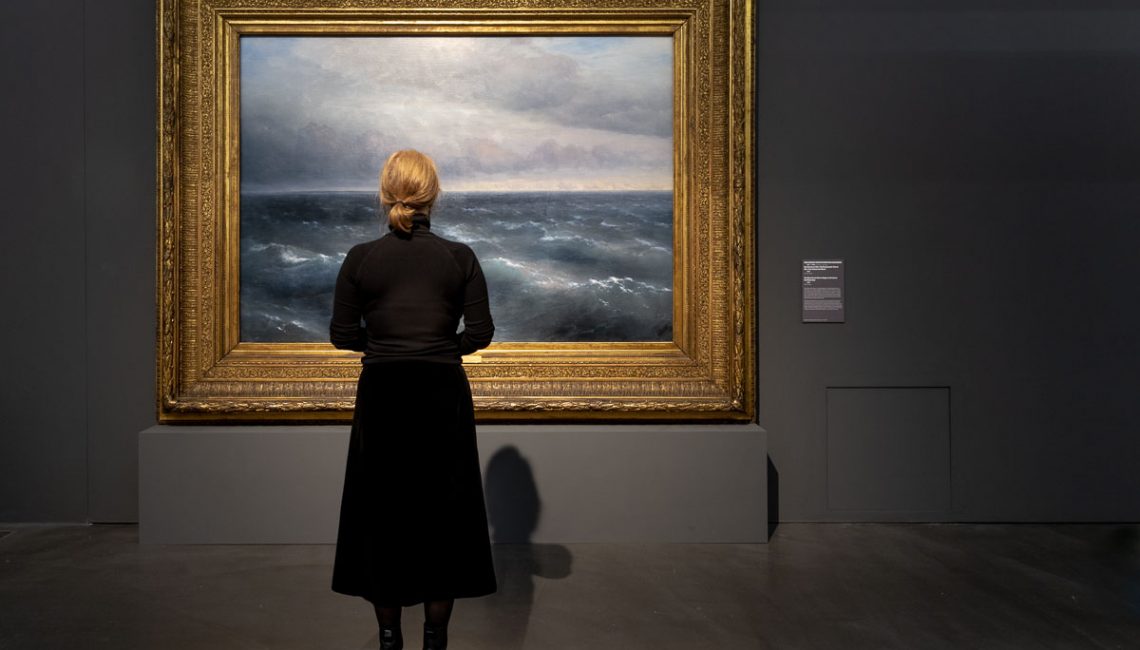 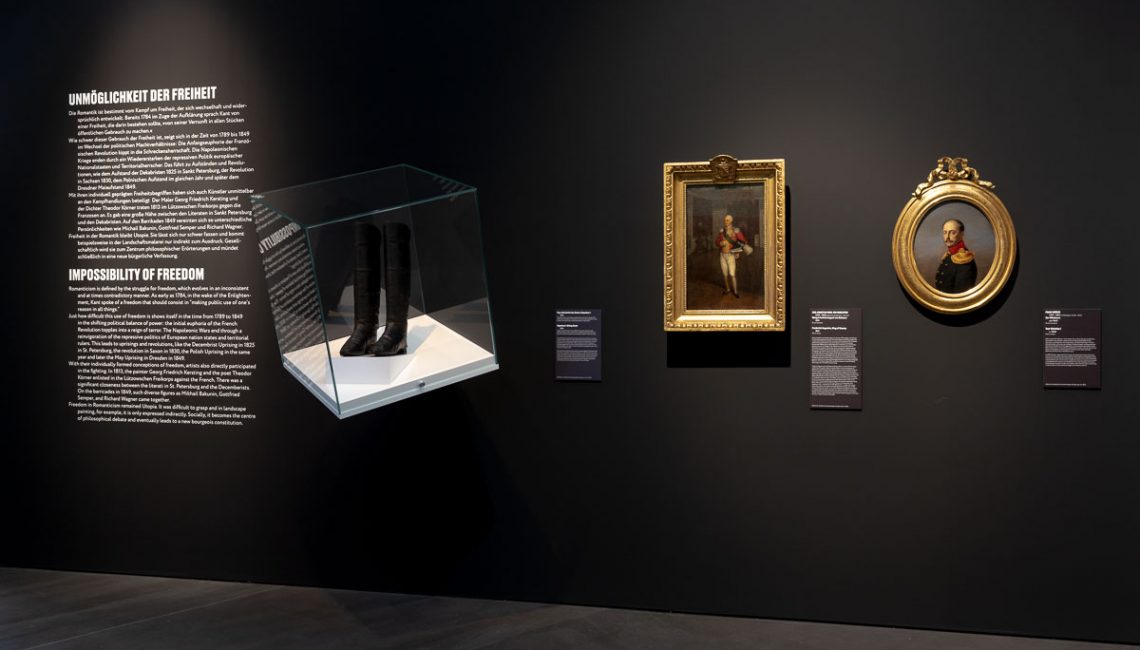 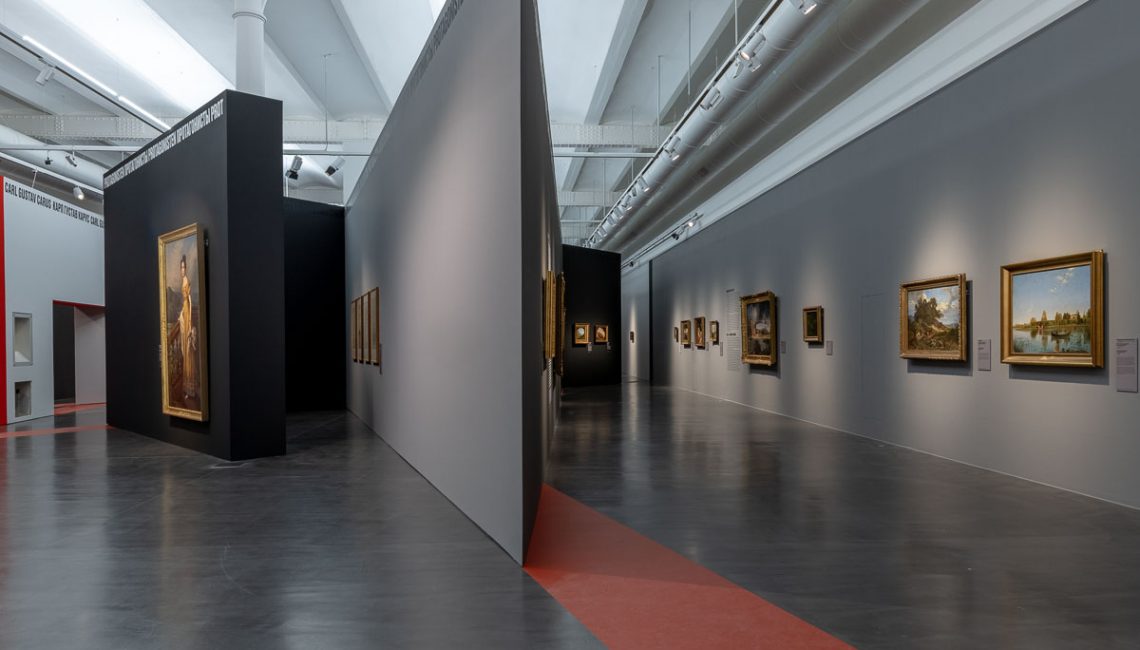 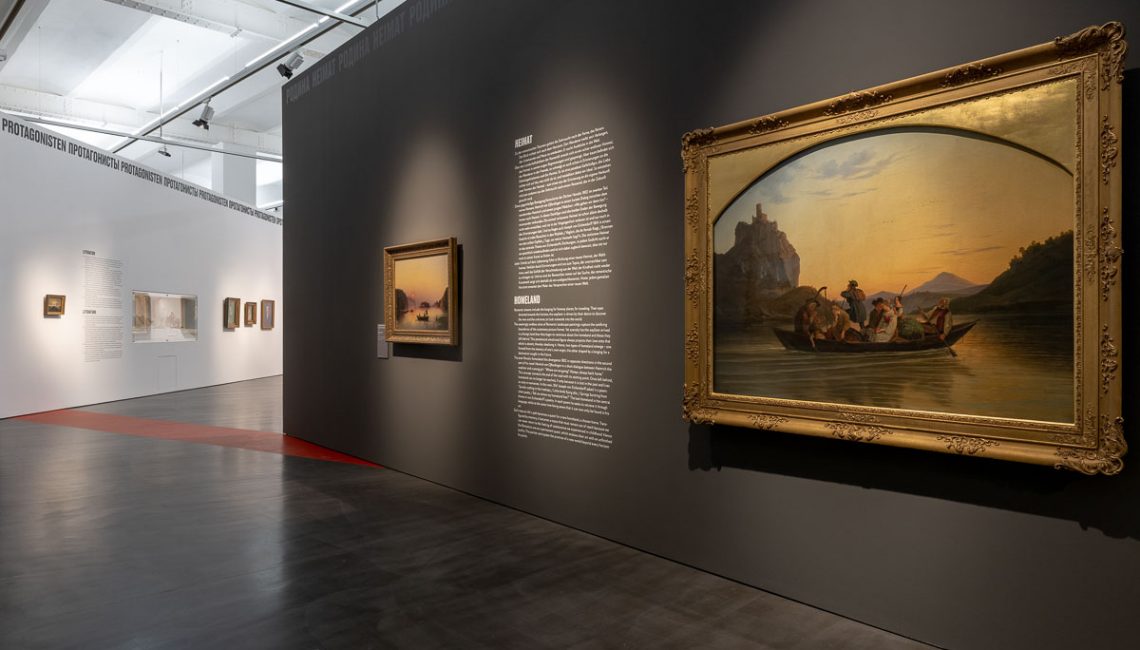 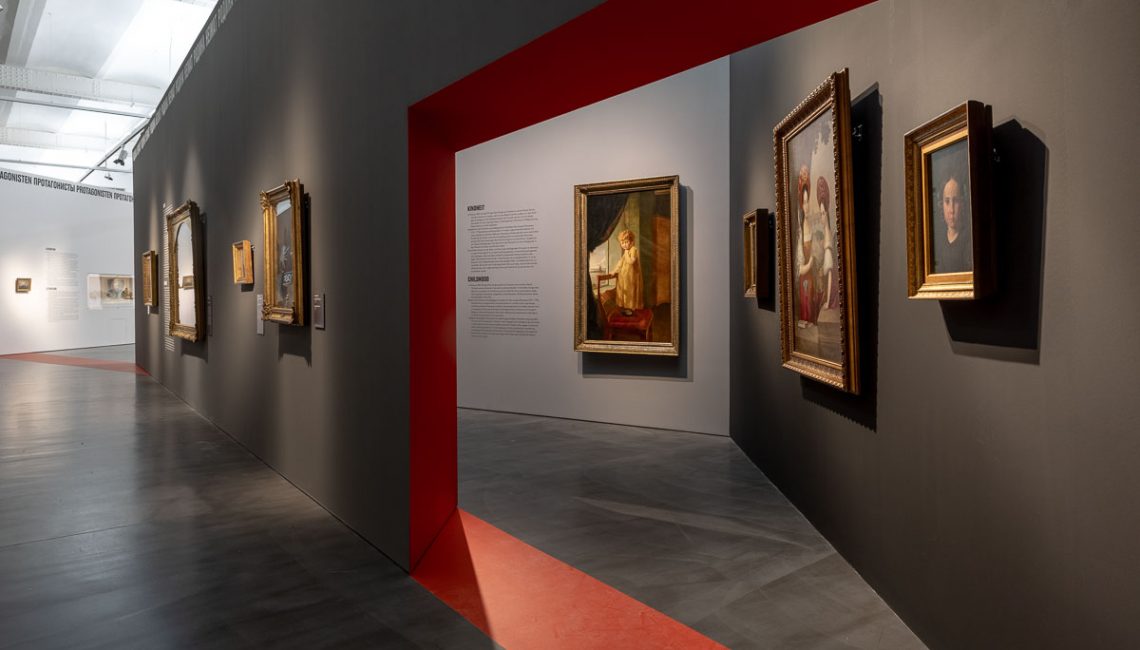 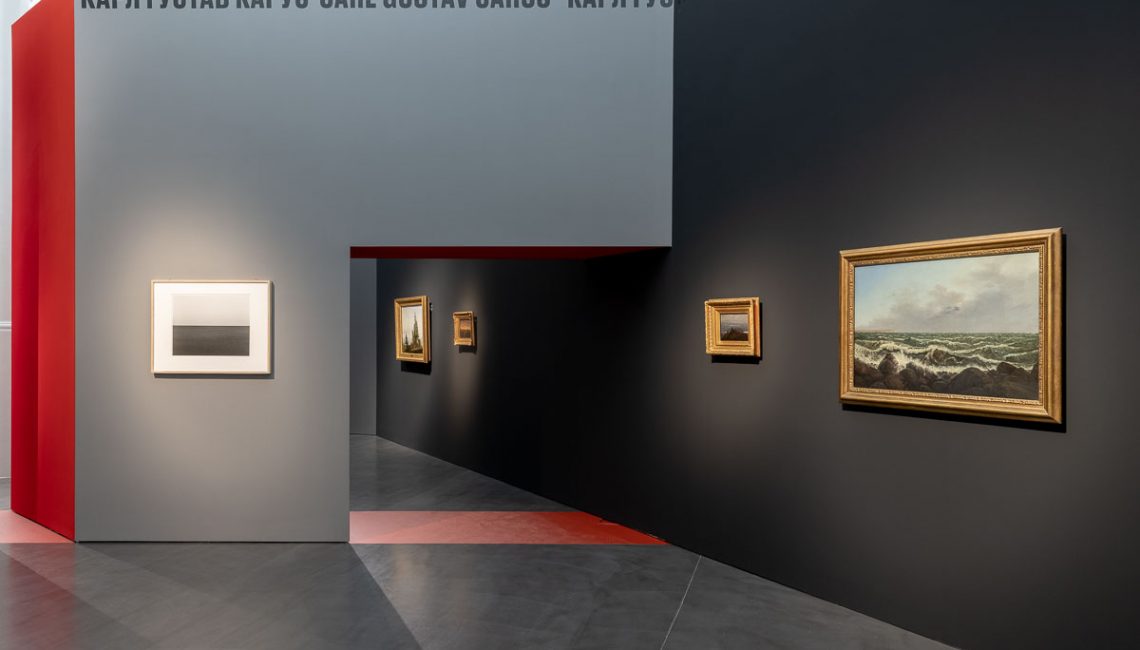 Studio Libeskind was engaged by the organizers to create an exhibition design for the exhibition “Dreams of Freedom. Romanticism in Germany and Russia” that will be at the Tretyakoy Gallery in Moscow and the … in Dresden, Germany, respectively. The design by Architect Daniel Libeskind is a response to the masterpieces of works by the greatest artists of the first quarter of the 19th century: Caspar David Friedrich, Philipp Otto Runge, Johann Overbeck, Alexander Ivanov, Alexei Venetsianov, Orest Kiprensky, Karl Bryullov and others.  A key idea was to create a space that will give a visceral sense of the Romantic artists and their quests through the way a visitor moves through the space.

As visitors enter the galleries, they embark on a journey through two interlaced spirals that create a series of oblique and intimate gallery spaces within the labyrinth. Libeskind envisioned an imaginary line between Dresden and Moscow to create a coordinated system of axes that gives the visitor a compass to orient themselves between the two cities—as well as  between two analogous states of mind. The visitor has both clarity and uncertainty in navigating the exhibits, echoing the power and dynamism of Romanticism. Red passageways, black and grey blocks of color, and bold graphic lettering on the walls create a dramatic series of gallery spaces that guide and inform the visitor through the exhibition.

Visitors will encounter more than 350 works of art, including approximately 200 paintings, supplemented by archival materials and unique exhibits from dozens of German and Russian collections.

The exposition was developed by experts from the Tretyakov Gallery and Dresden museums and will be displayed in two installations, one in Moscow and the other in Dresden.