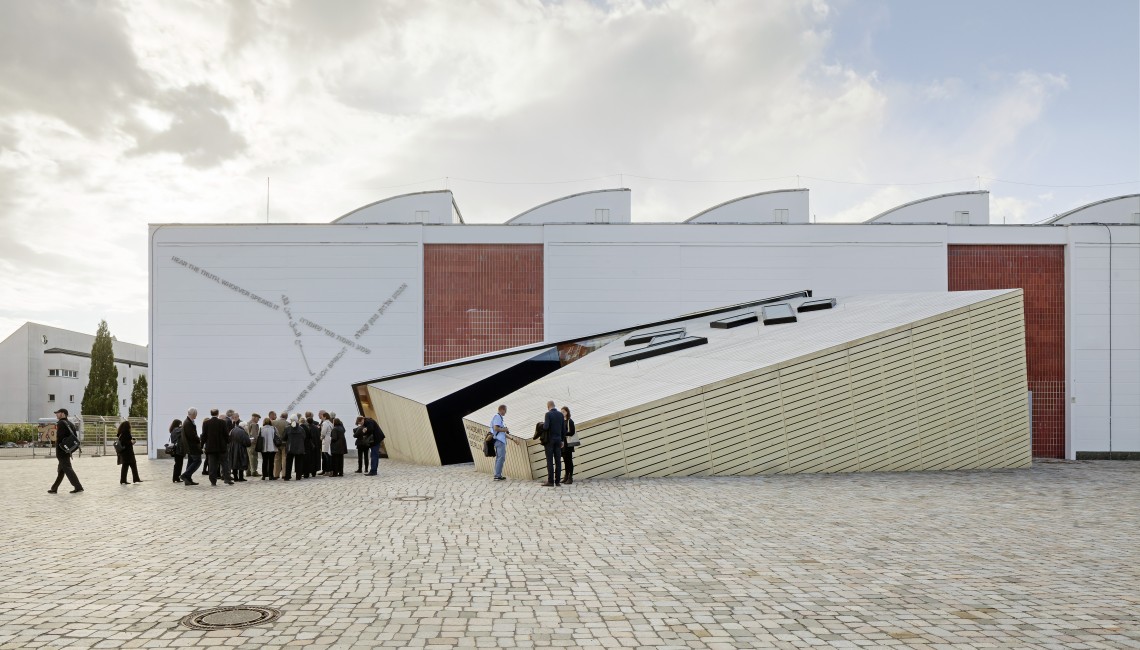 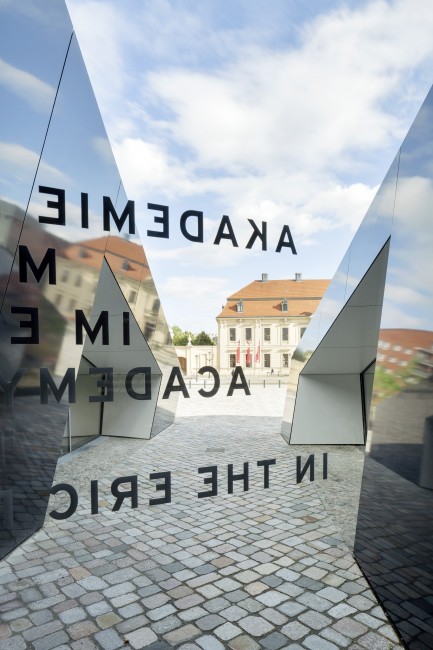 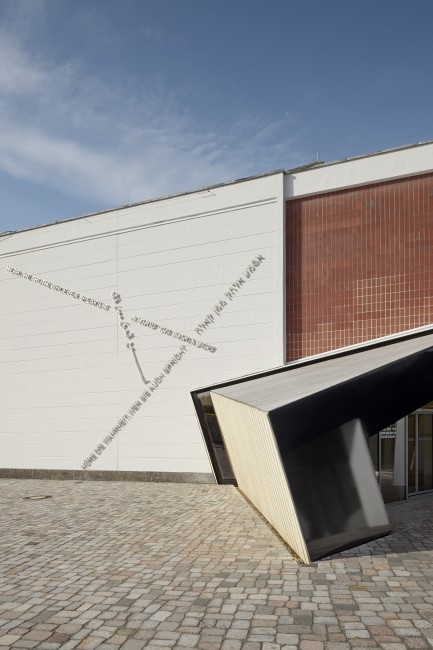 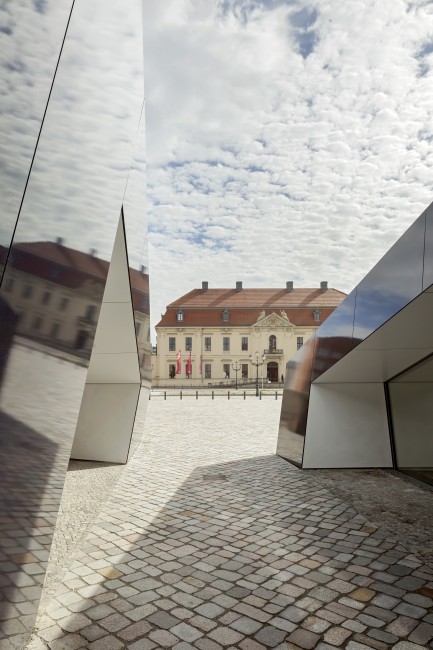 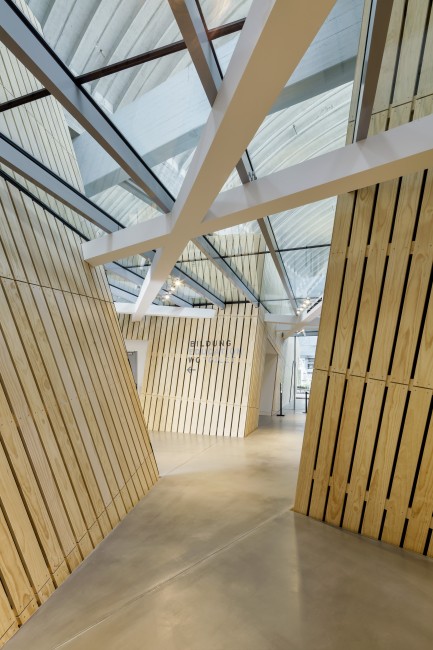 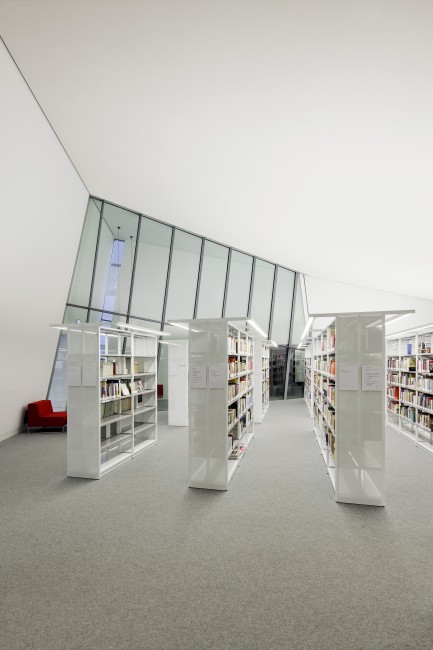 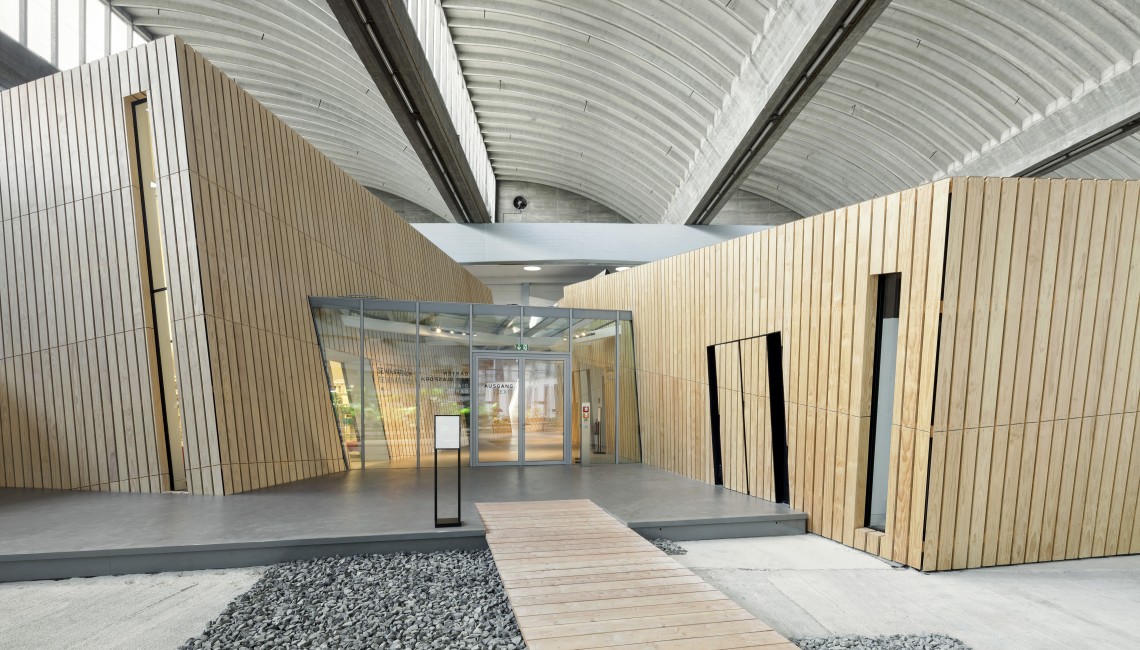 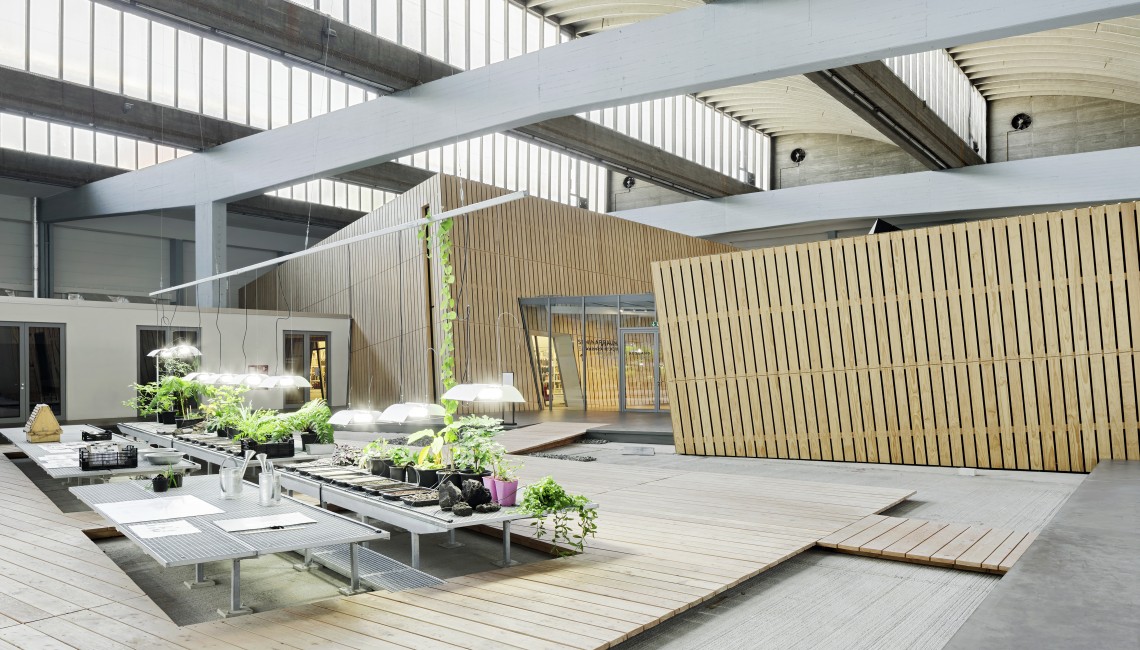 Friends of the Jewish Museum Berlin

The one-floor, 25,000-square-foot building is located on the historic site of the Blumengrossmarkt (flower market) across the street from the Jewish Museum Berlin. Entitled “In-Between Spaces,” the design links the building to the museum’s other structures and open spaces both thematically and structurally. Visitors enter through a downward thrusting cube that intersects with the main rectangular hall, suggestive of the original Kollegienhaus building and the Libeskind-designed extension. Moving into the structure, two more cubes are revealed, housing the library and the auditorium, forming a jagged triumvirate with the entrance cube. The name for the design is derived from the transitional area among the three cubes. It also alludes to the different perspectives the unique vantage point offers. Standing in that spot, looking into the hall and out on to museum’s other structures and spaces, visitors are ideally placed to reflect on the museum’s larger purpose and their own experience in the space.

The movement and interaction suggested by the cubes’ shape, placement and the seemingly rough-hewn timber (actually radiate pine timber) used to fabricate them suggests the sort of crates used to transport precious objects, including books. They also suggest Noah’s Ark, which preserved the most precious thing of all—living beings, in all their splendid variety—during the most important voyage in biblical history.

The Jewish Museum Berlin moved its archives to the Academy and offers public programs in the space. Within the building, there is the Diaspora Garden, a space filled with plants from around the world, representing the spread of the Diaspora across the globe. The garden features four floating plateaus that have a different theme: landscape, culture, soil, and Academy. The plateaus feature different plants and are used in conjunction with the educational programs. The building also includes museum offices and support spaces.

The project was completed in 2012.