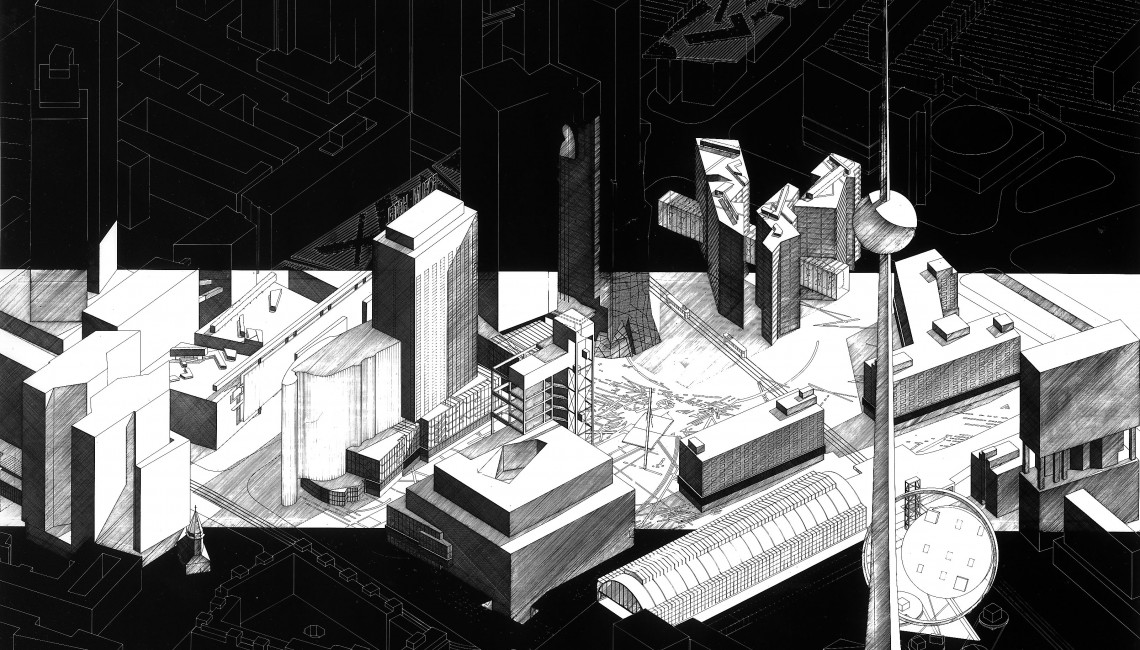 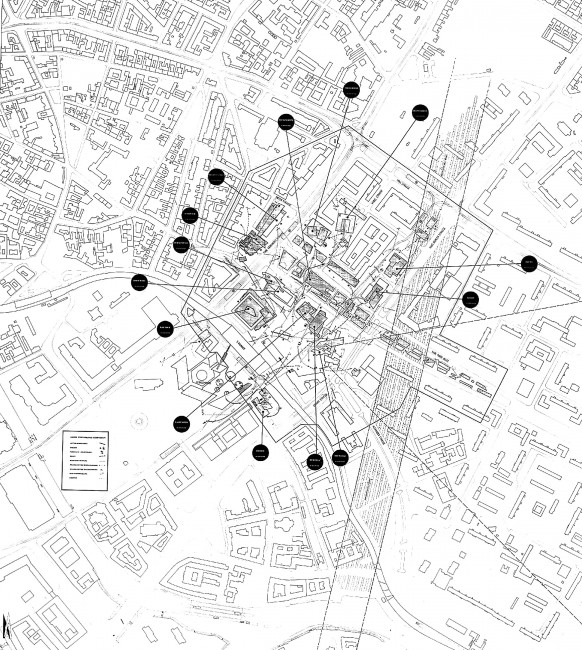 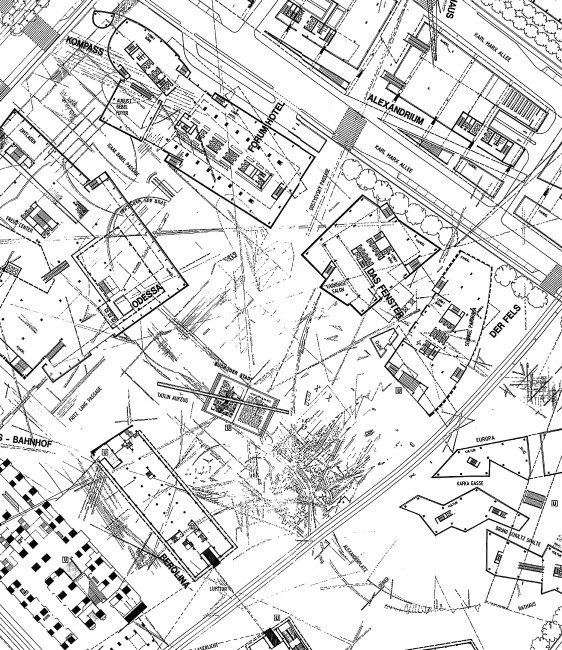 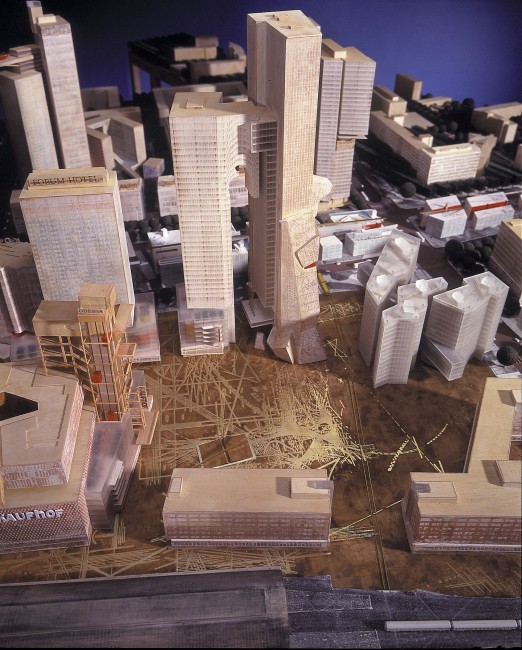 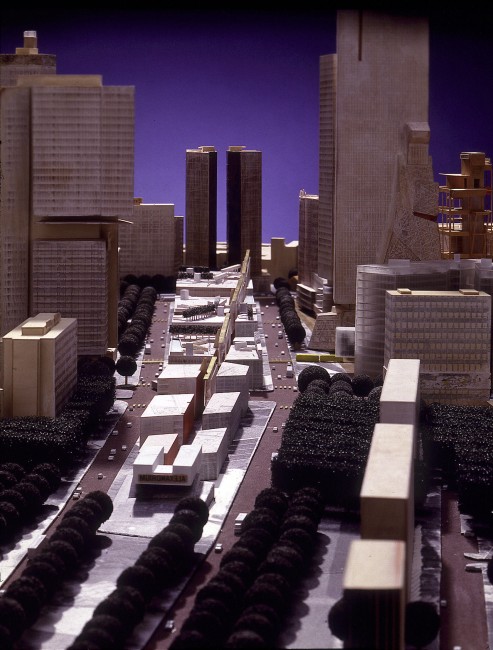 In 1993, the recently reunified city of Berlin launched a competition for a new masterplan for Alexanderplatz. Located in the Mitte neighborhood, Alexanderplatz is at the geographic and spiritual heart of Berlin—the knot that ties the city’s diverse neighborhoods together.

Libeskind’s scheme, dubbed “Traces of the Unbroken,” was predicated upon recognizing the square’s place as a gateway between East and West. The design integrated planning and architectural concepts that resisted the erasure of history and reflected a commitment to the memory of the city’s history and cultural development from the Prussian capital to a global nexus of culture. As such, the design rejected the notion of demolishing the ill-conceived structures of the GDR and sought to integrate them into the tableau of the reunified city in an ecologically responsive manner. The design wove Berlin’s urban tapestry back together, drawing on the logic of pedestrian flows to create a dynamic, human-scale space that harnessed the energy of the city. New public spaces were created, including multilayered pavilions that accentuated the rhythm of the streets while maximizing usable space.

The design facilitated a diverse program that generated an urban texture with variety and vitality. The human-scale buildings and large urban park rejected the notions of a cloistered square, creating a space without imposed order and an open framework oriented towards future growth. The space was a dynamic merging of public and private, playing host to residential, commercial, and public buildings. Mediating the space was a building known as the “Wedge;” a public building that would house municipal, European Union, and national government offices.

With Alexanderplatz, the traditional notion of the Masterplan, with its implied totalism and finality, is replaced by a dynamic, open and ever evolving matrix for the creation of a diverse and pluralistic architecture.

Traces of the Unbroken lost out to Hans Kollhoff’s winning design by one vote.