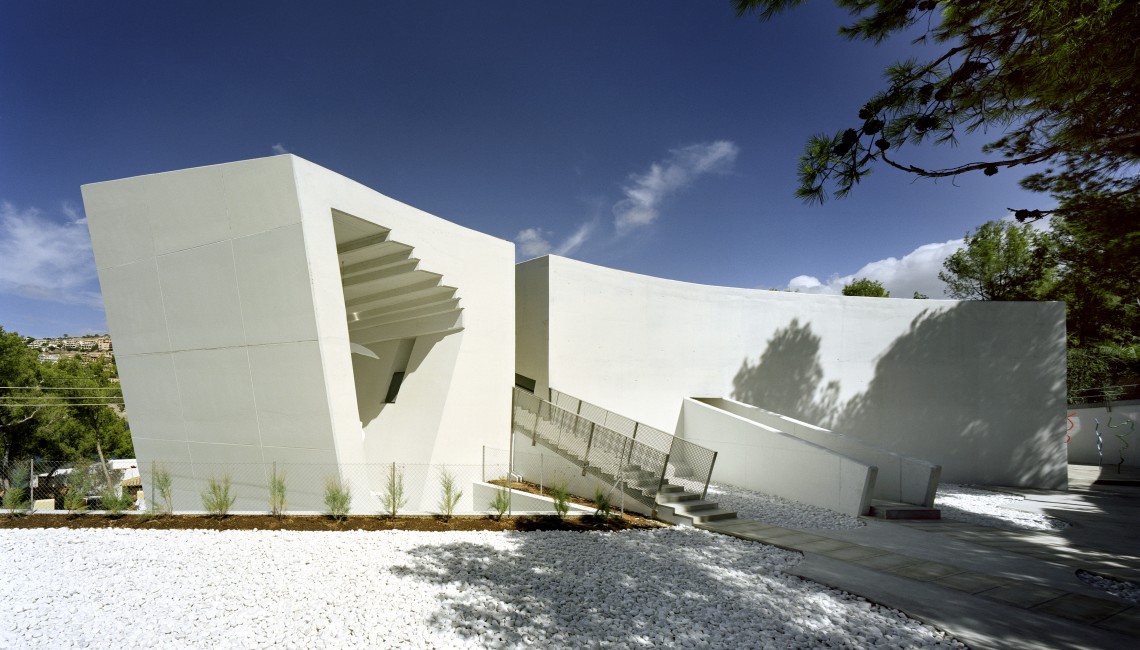 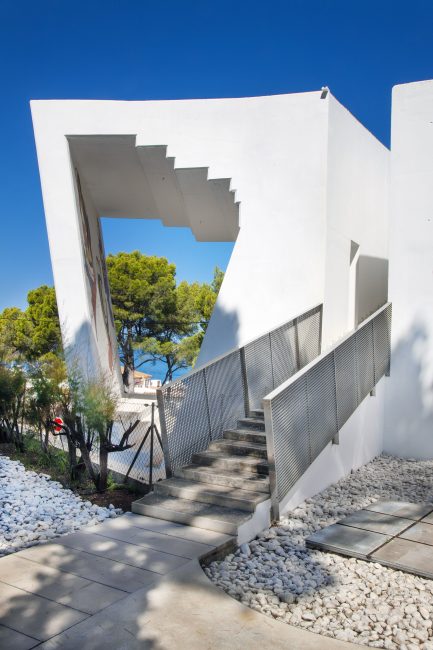 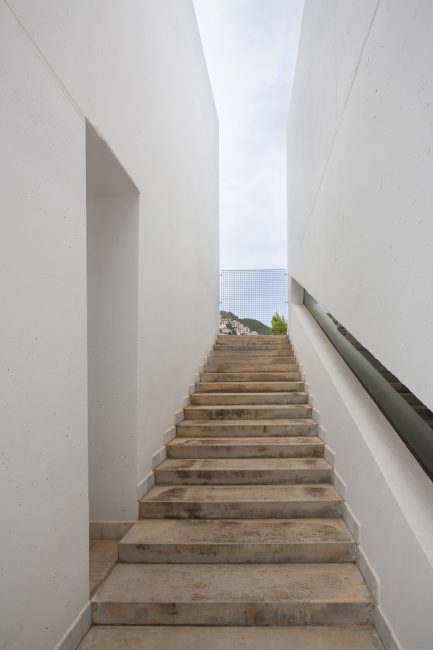 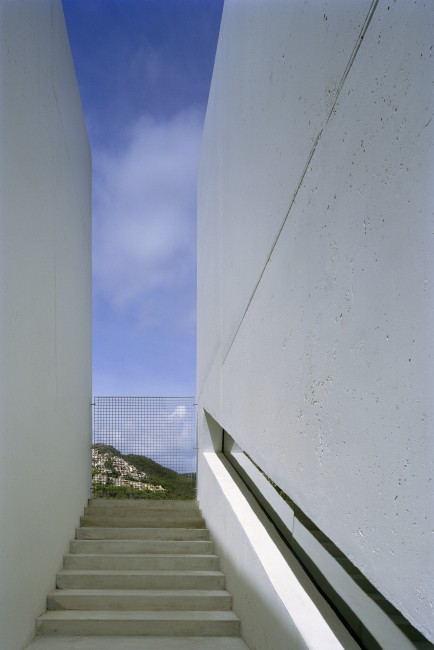 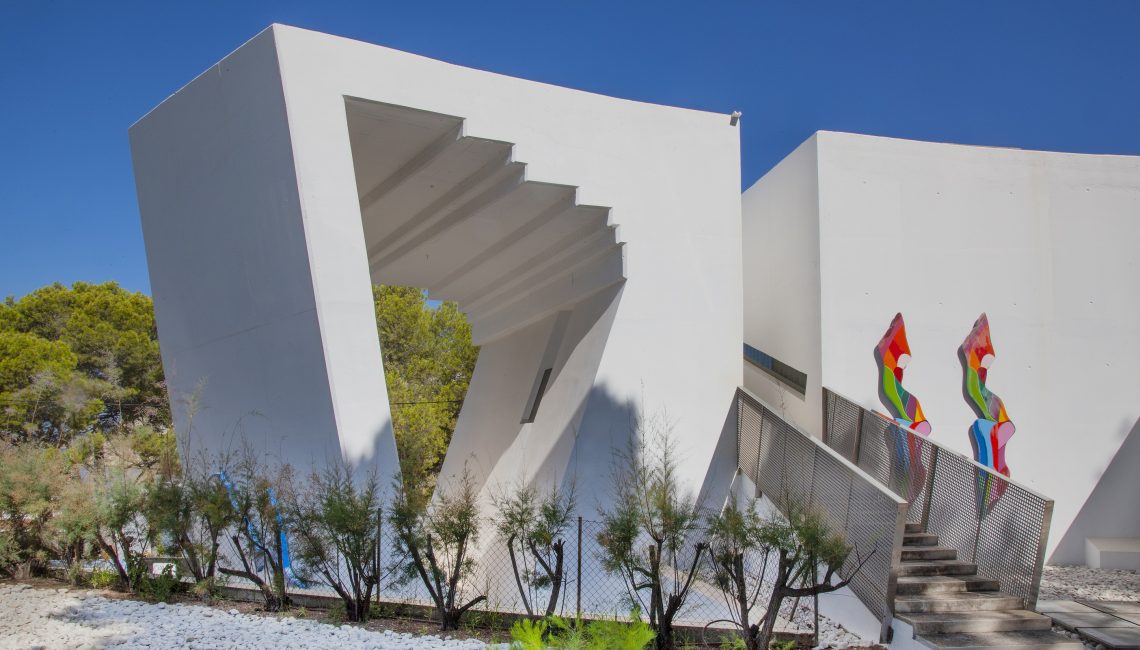 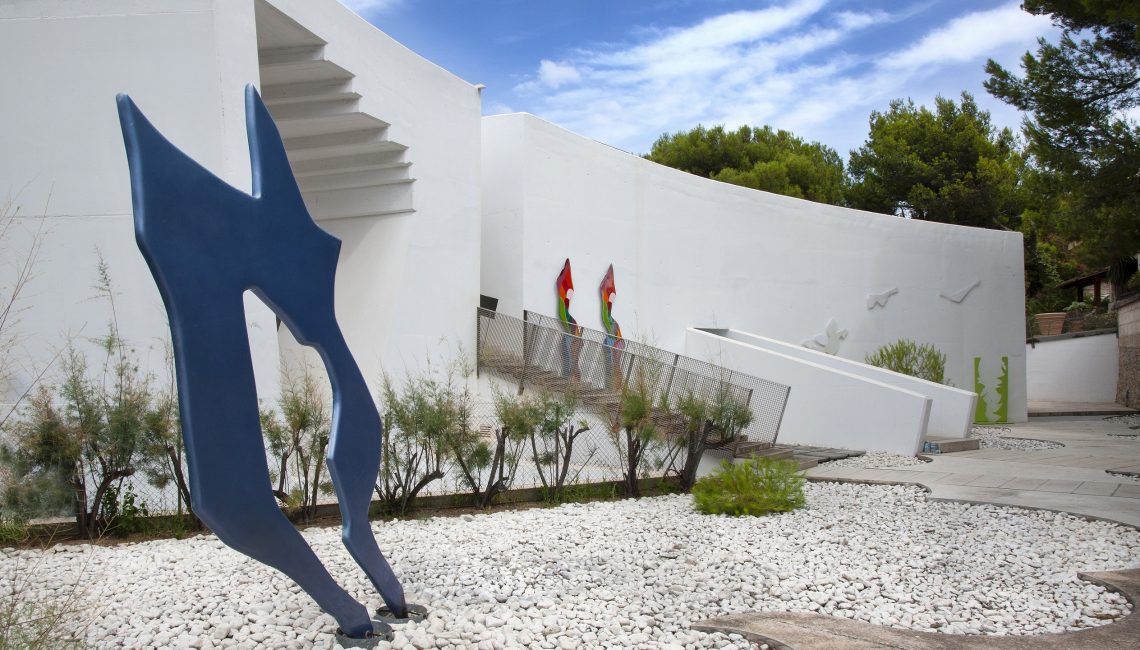 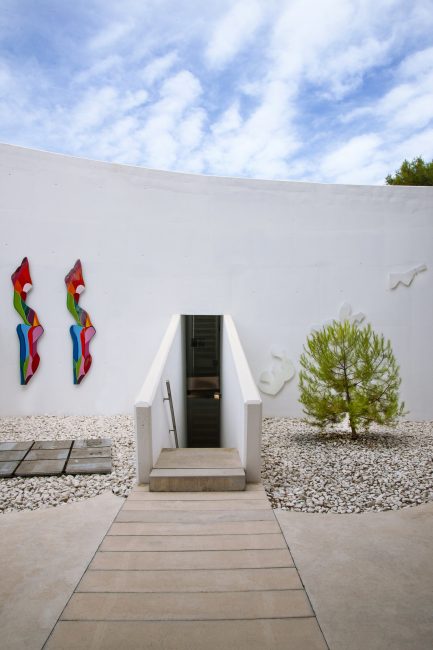 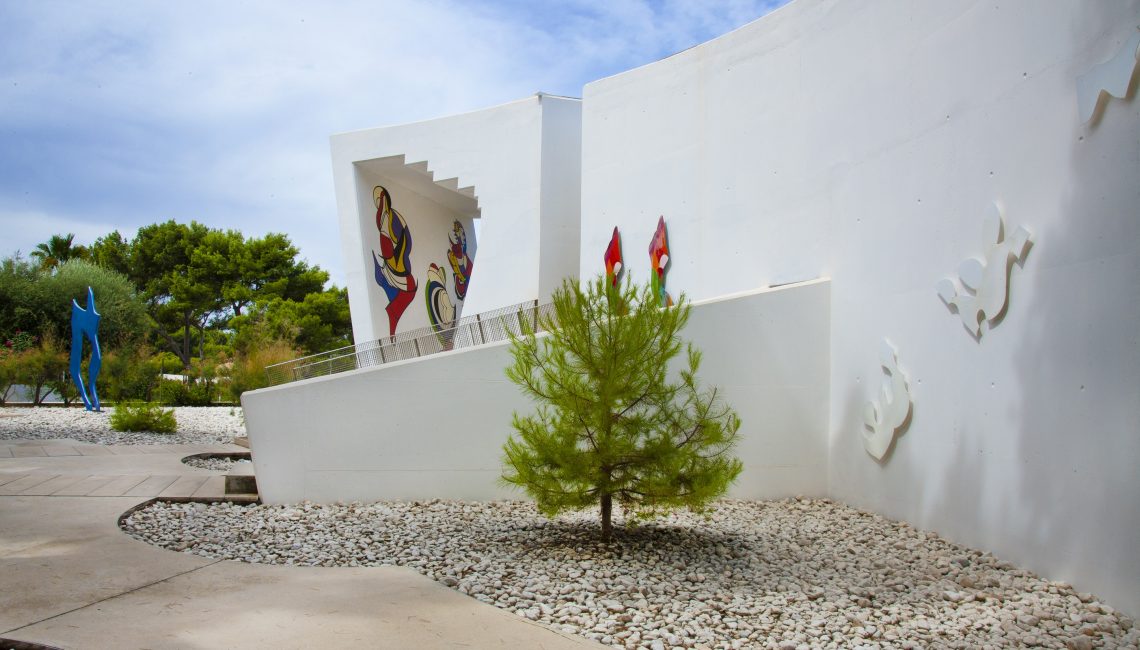 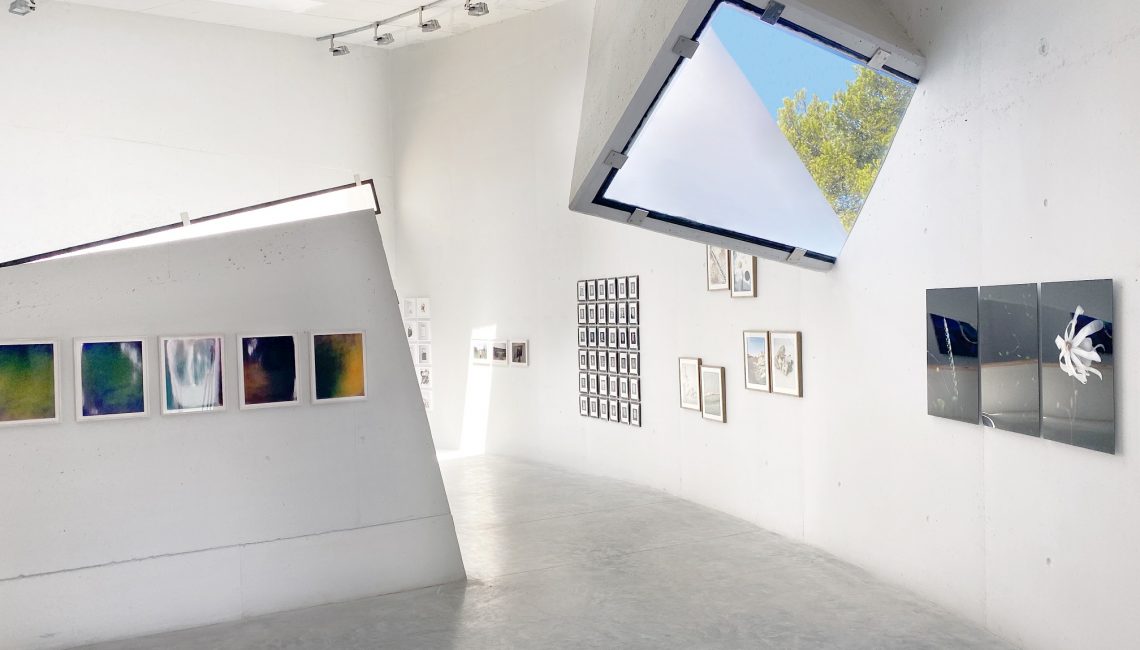 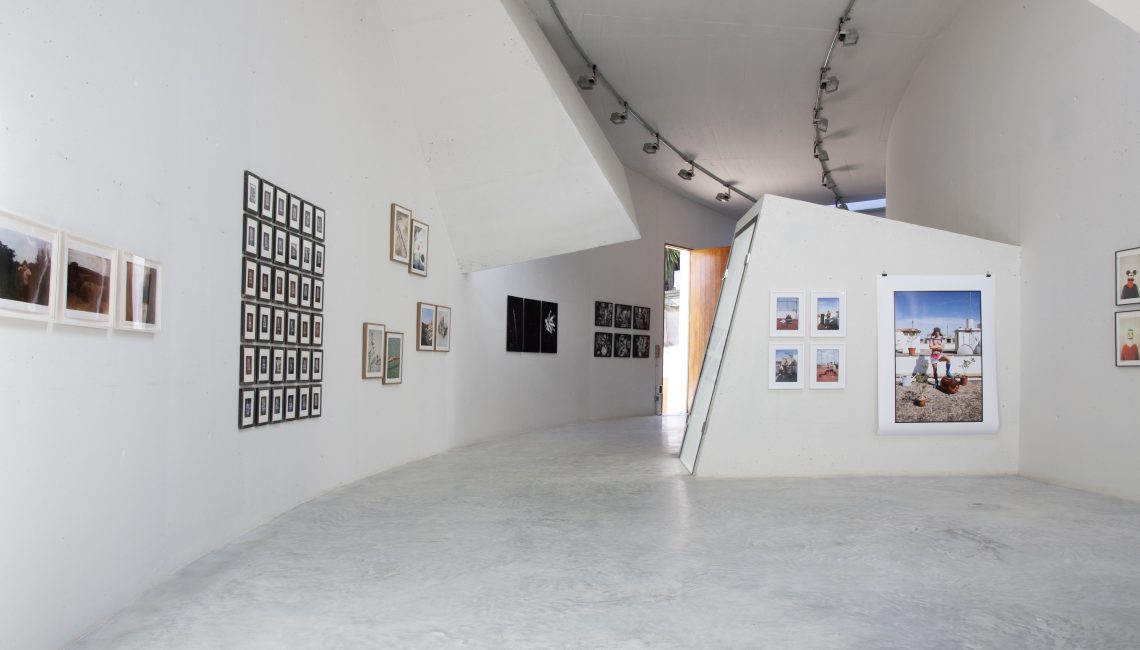 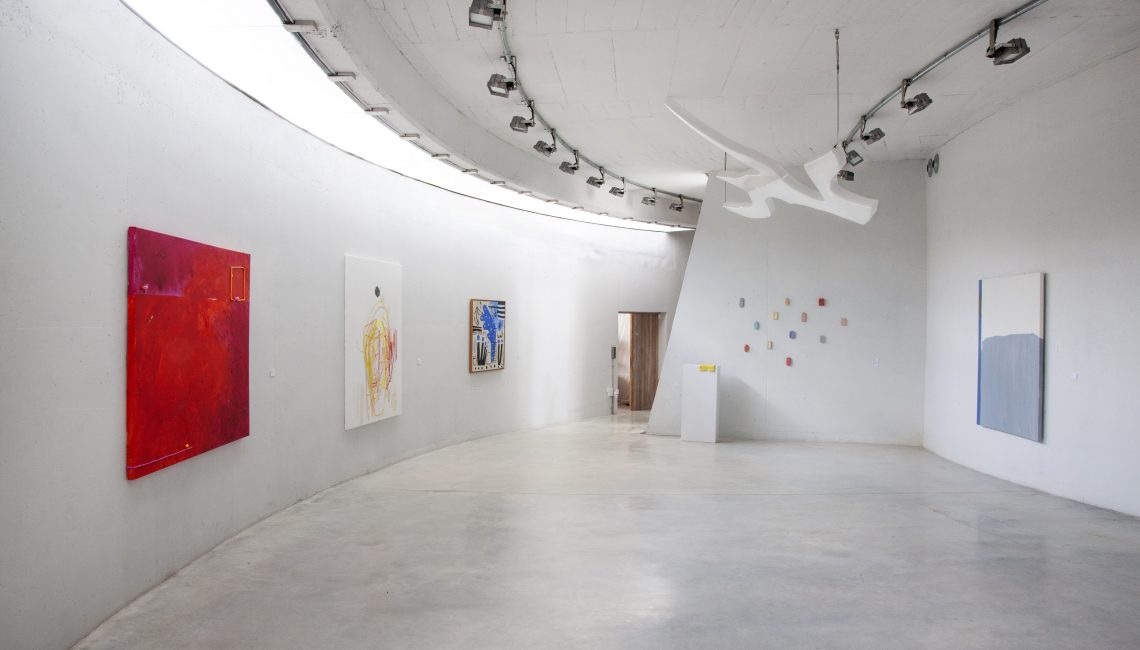 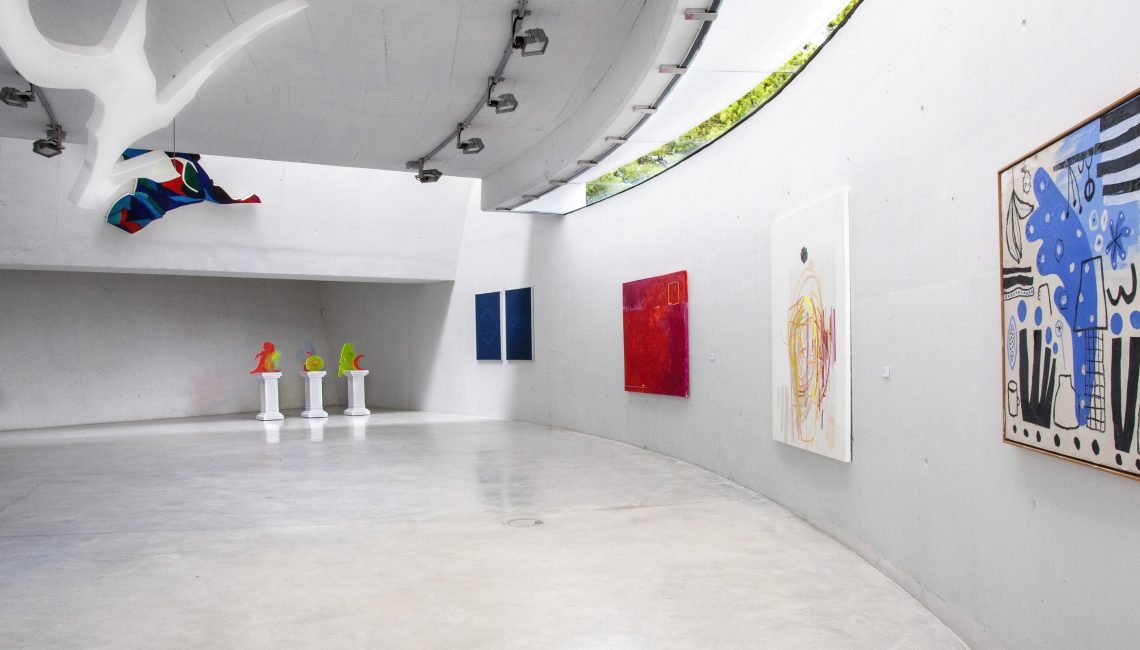 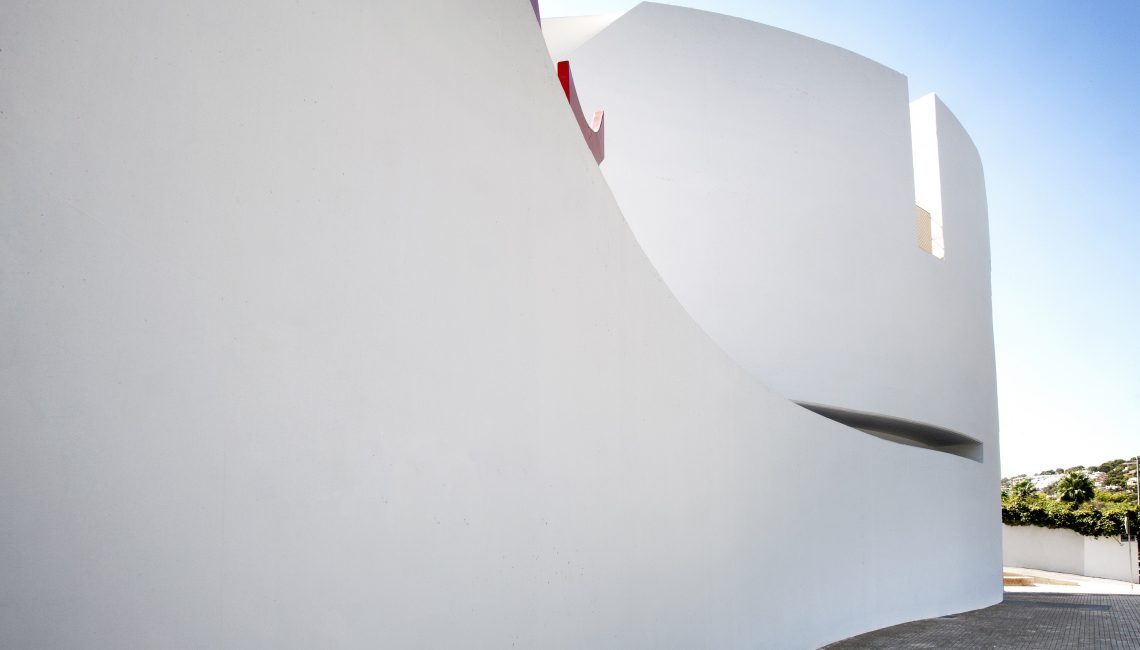 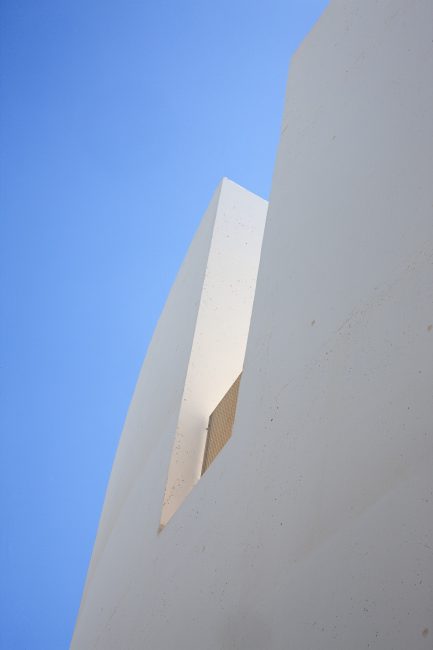 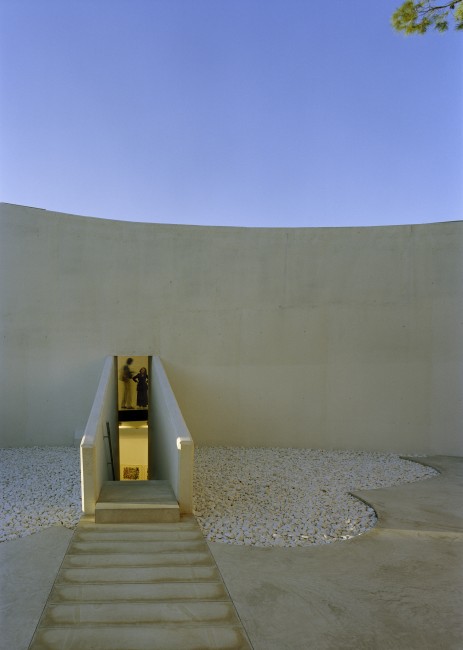 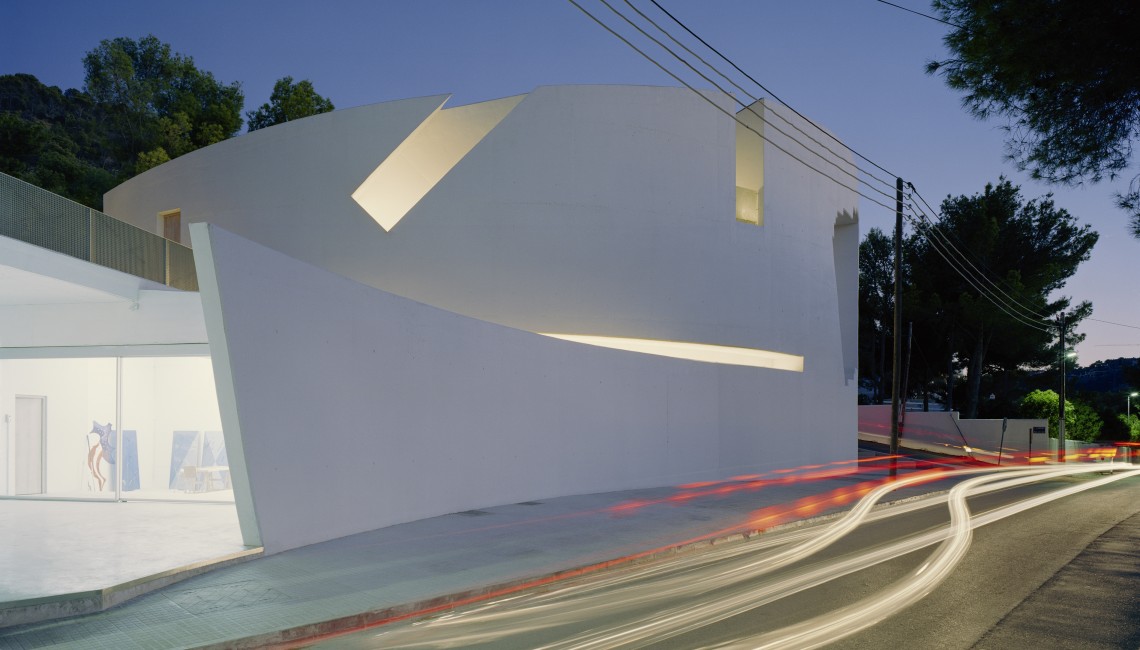 Studio Weil is a painting and sculpture studio designed and built for the American painter and sculptor Barbara Weil overlooking the sea in Port d’Andratx in Mallorca, Spain. Daniel Libeskind worked closely with Ms. Weil to create a building that not only responds to the surrounding landscape, but also forms a space which complements and contrasts the artist’s work.

The structure draws on Libeskind’s explorations of architectural drawing theory that were executed in the Chamberworks series, which, in turn, would form the basis for his entry in a 1997 competition to design a virtual house. Libeskind chose to deconstruct his virtual house model, out of which came the 2.5 story high concrete structure that is Studio Weil.

The Studio takes the form of a concrete arc that is cut through with a pair of stairs: one leading up to a roof deck with spectacular views of the sea; the other down from a stone and hardscaped garden that slopes into the ground-floor gallery. The roof holds large scale sculptures, which can be seen from afar. The building houses exhibition spaces, working quarters and a dramatic landscaped garden.

The Studio was completed in 2003 in collaboration with Goccisa.

“[Studio Weil] is a brave and remarkable structure and a fascinating example of creative synergy between two artists who, unknowingly, had shared something like a common approach to visual form long before Libeskind became news.” –The Guardian (September 2003)