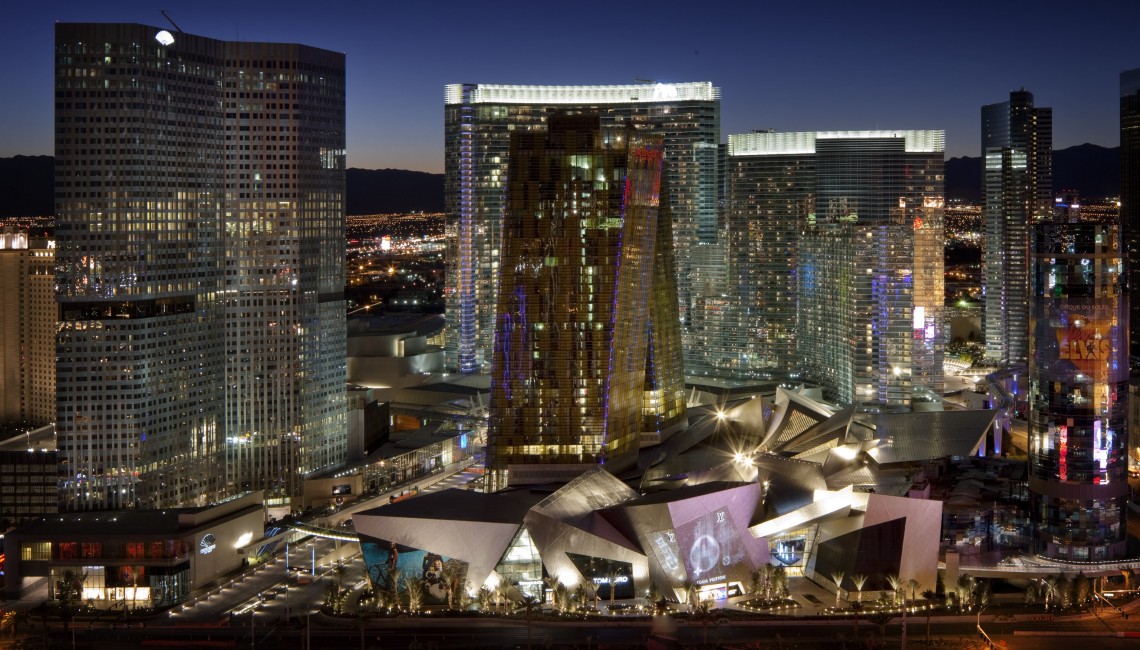 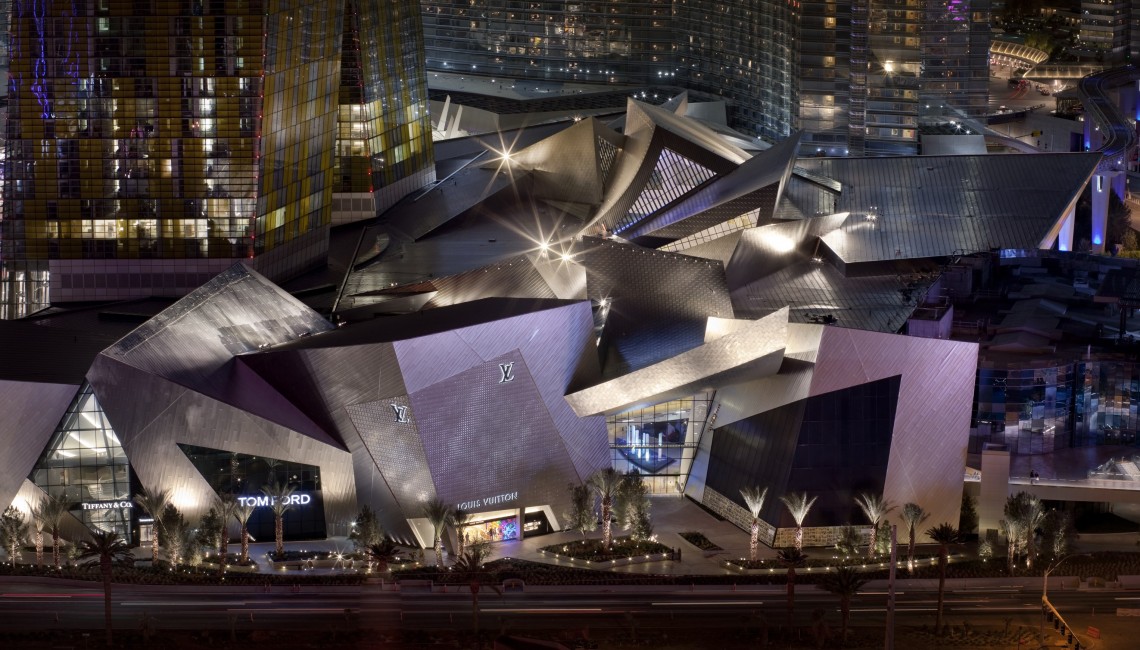 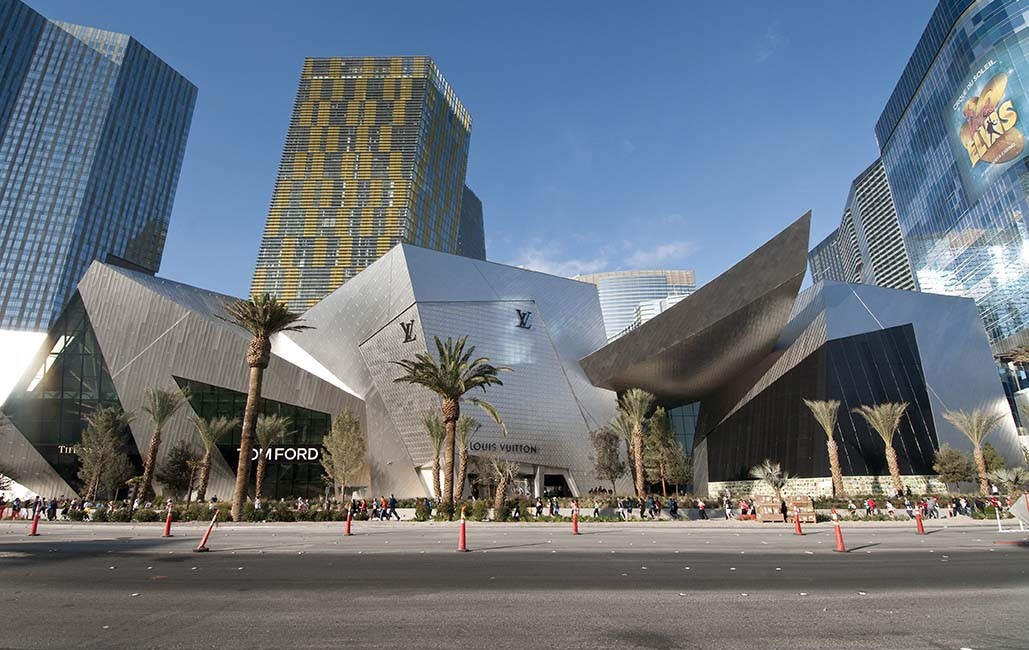 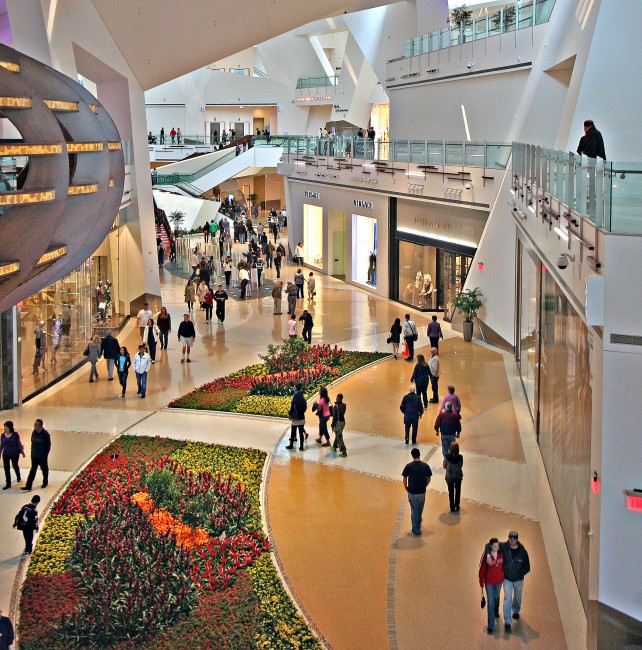 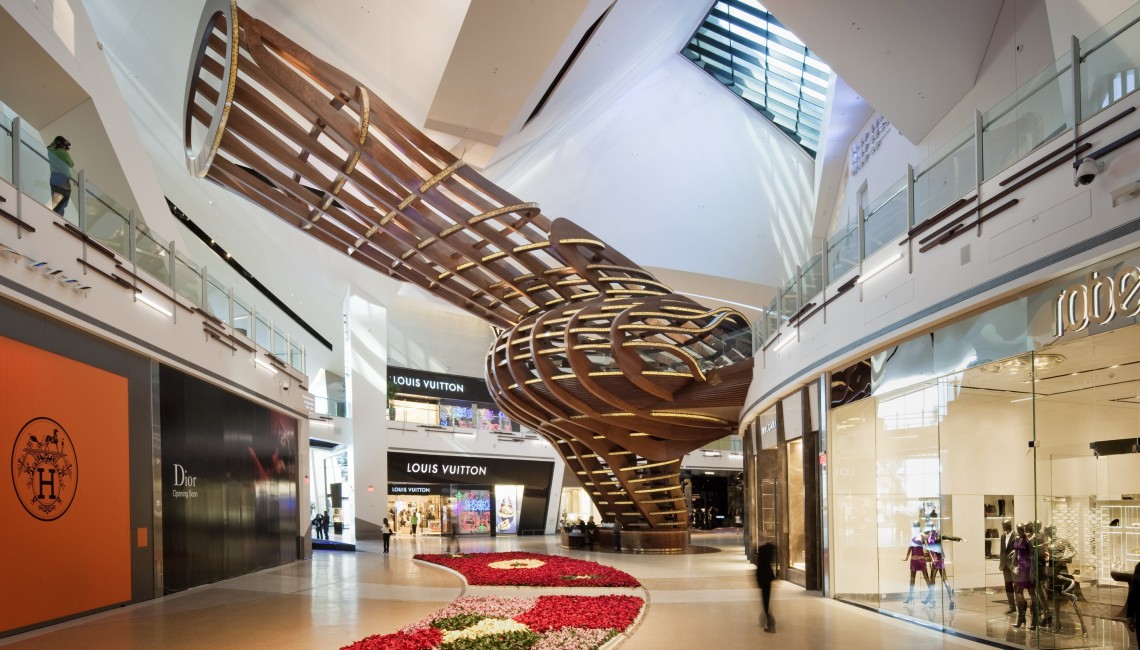 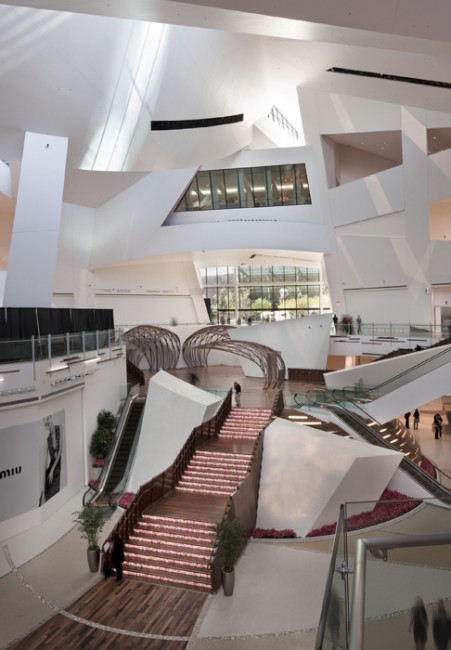 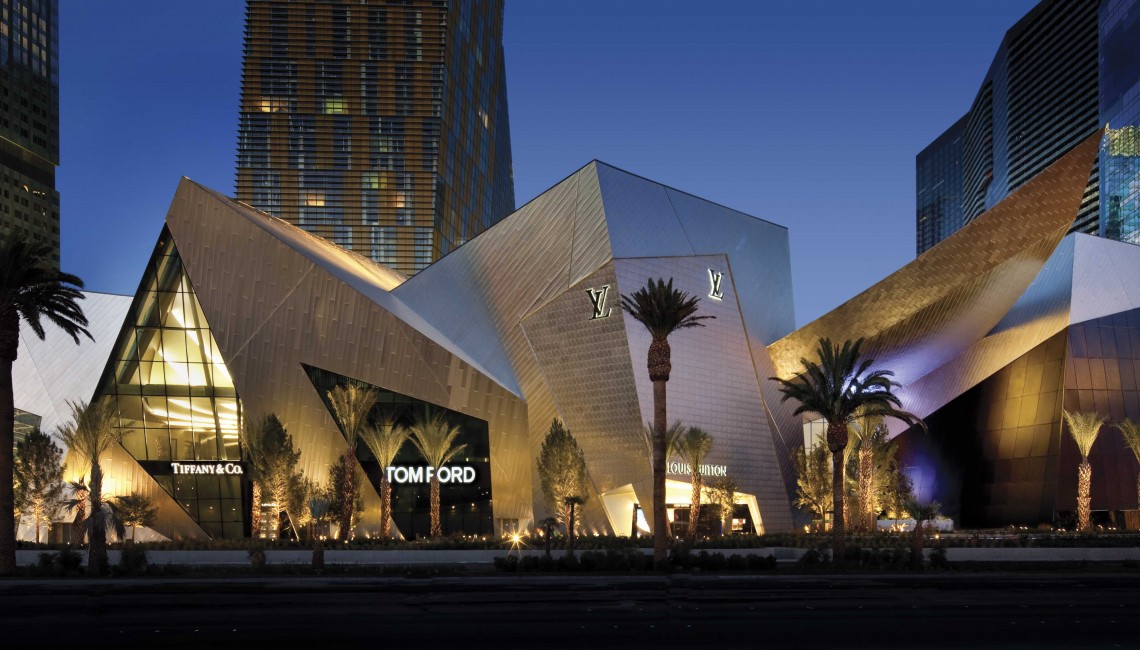 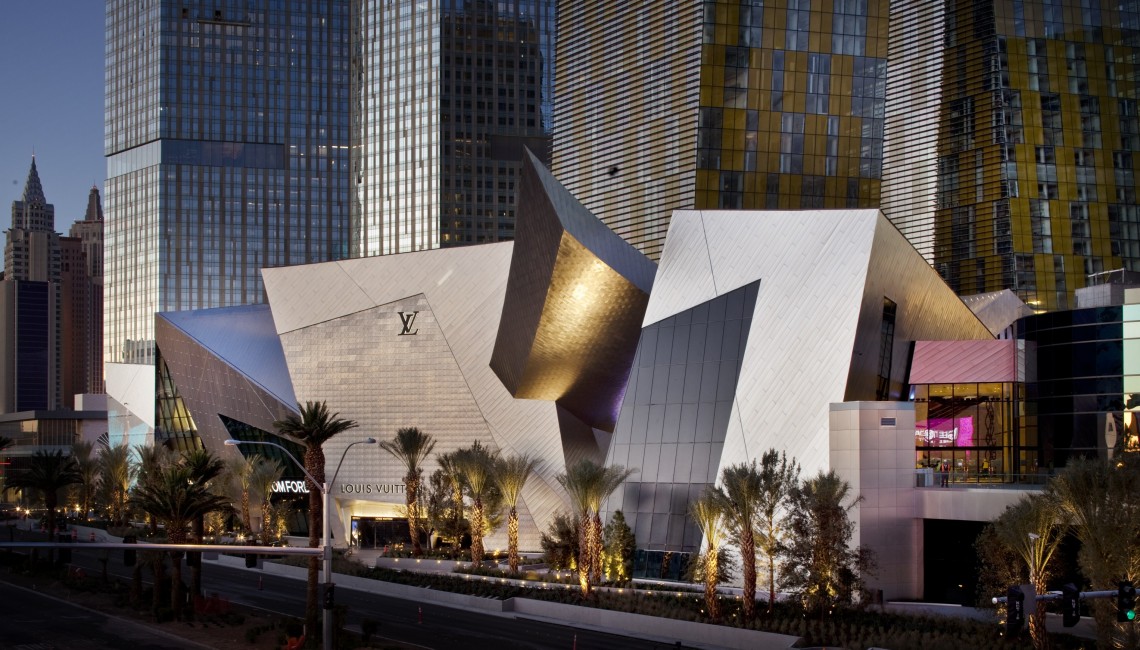 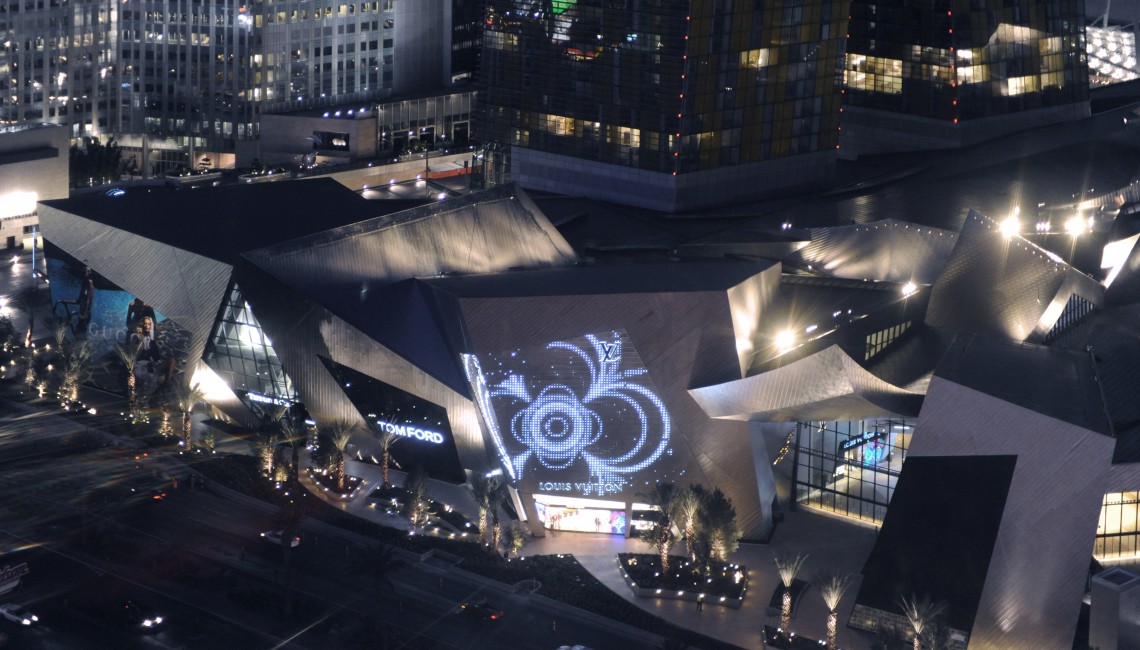 As the retail heart of the MGM MIRAGE CityCenter project, The Shops at Crystals is a 500,000-square-foot retail and entertainment space that serves as the connective tissue of the otherwise vertical “city within a city.”

Crystalline stainless steel-clad volumes house the flagship retailers along The Strip while the spiraling roof structure animates the public arcade internally. Visible in a 180 degree-sweep from along the legendary Strip, the structure is a work of architecture read from many different angles.   The dramatic form and skylights of its spiraling roof soar over luxury retail and dining and accommodate a public space that features a water feature at the entry and grand staircase leading to the adjoining Casino.

The dramatic design was achieved by way of environmentally conscious practices and materials. In 2009, the complex achieved LEED® Gold Core & Shell certification from the U.S. Green Building Council (USGBC), making it the world’s largest retail district to receive this level of recognition.

Crystals’ sustainable highlights include: radiant floor cooling that uses less energy for air conditioning by chilling the air specifically in occupied areas rather than cooling the entire space; sourcing wood products that are Forest Stewardship Council (FSC) certified; highly efficient water fixtures that will save an estimated 1.8 million gallons of water; skylights that allow for abundant natural light to illuminate the space and reducing the need for electric lighting; and guests arriving with alternative fuel vehicles will have access to preferred parking.

“Libeskind managed to make this 500,000-square-foot space feel like it’s not really a shopping mall at all. It’s open and flowing, with high ceilings, sloping walls and an abundance of desert sunlight filtered through crystal-shaped skylights.”—Alaistar Gordon, Wall Street Journal Magazine (June 2010)

“Jagged, crystalline shapes are characteristic of Libeskind… here they inject the normally dreary precinct of a shopping mall with a shot of adrenaline; they also provide some unexpectedly grand spaces, which accommodate interiors designed by David Rockwell.”—Paul Goldberger, New Yorker (October 2010)

The project was completed in 2009.