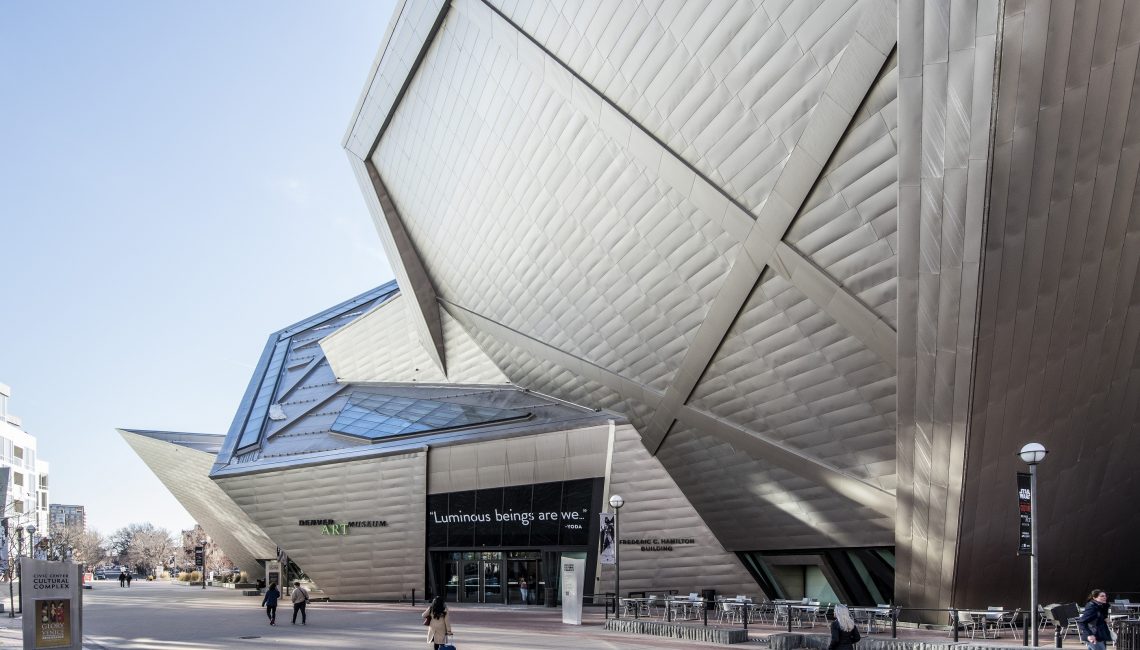 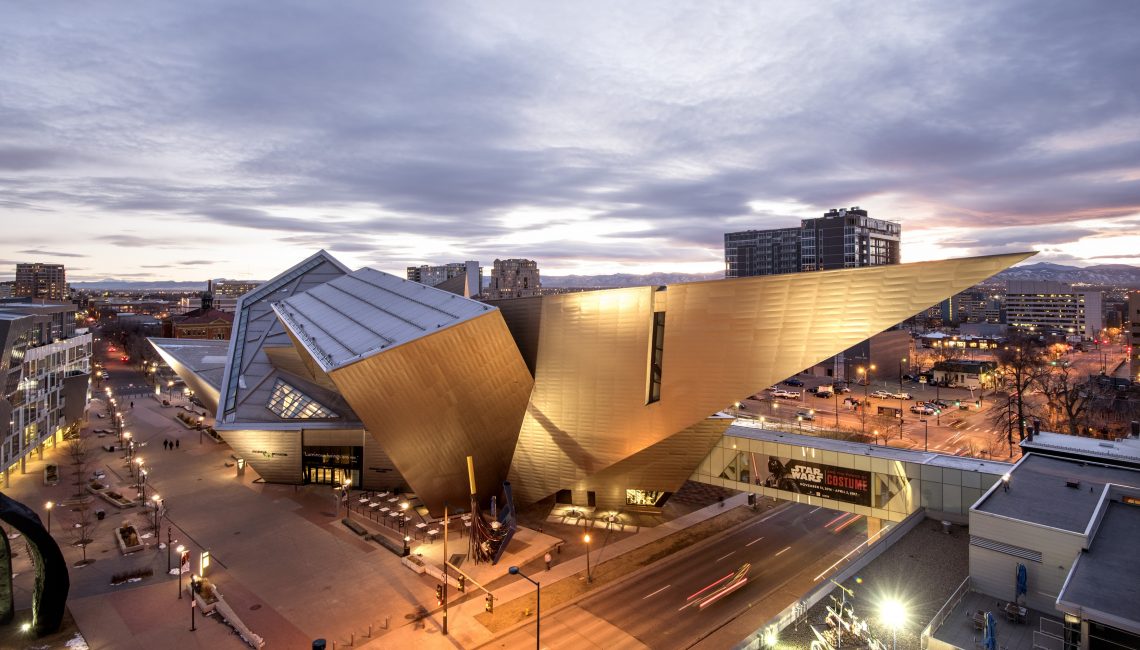 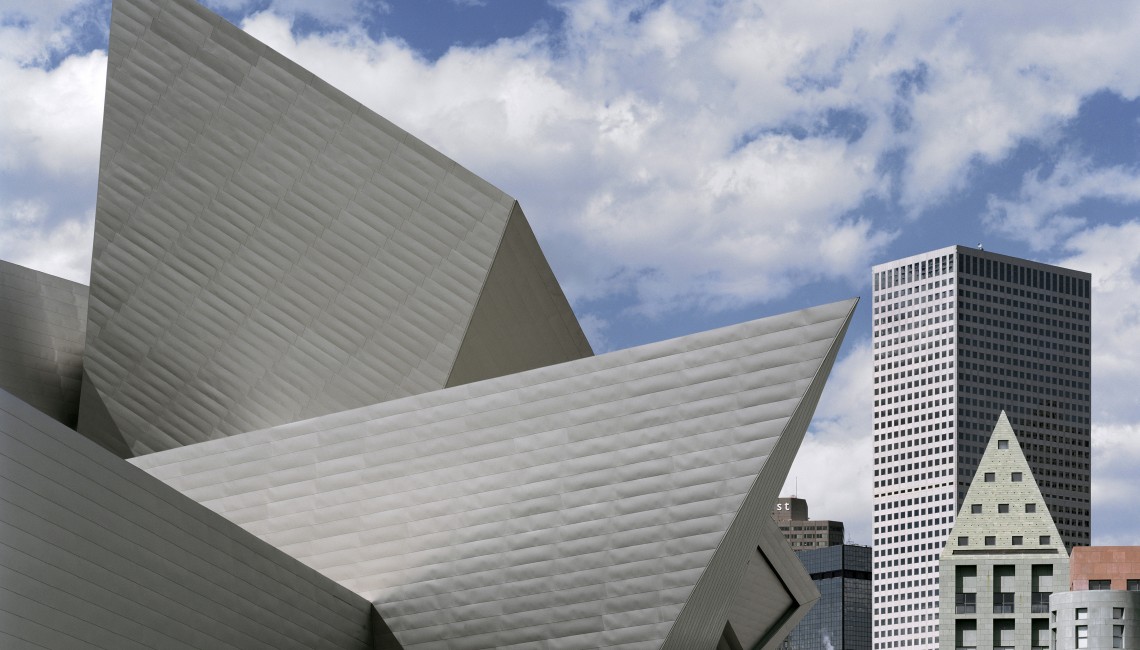 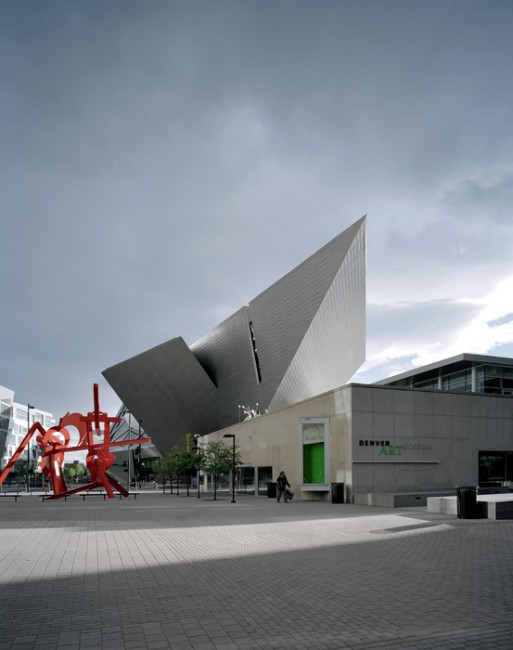 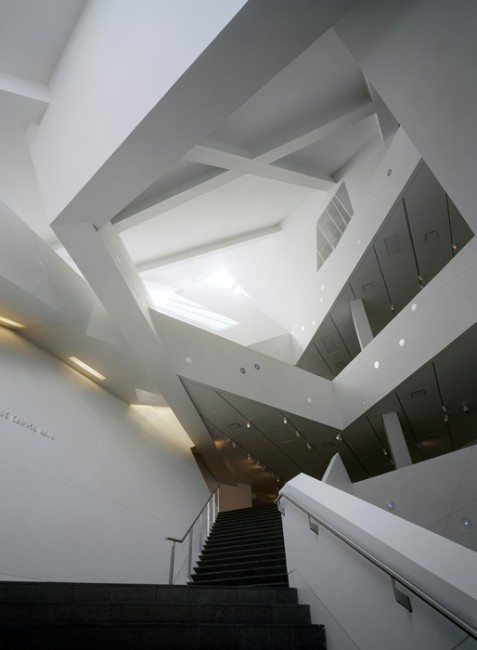 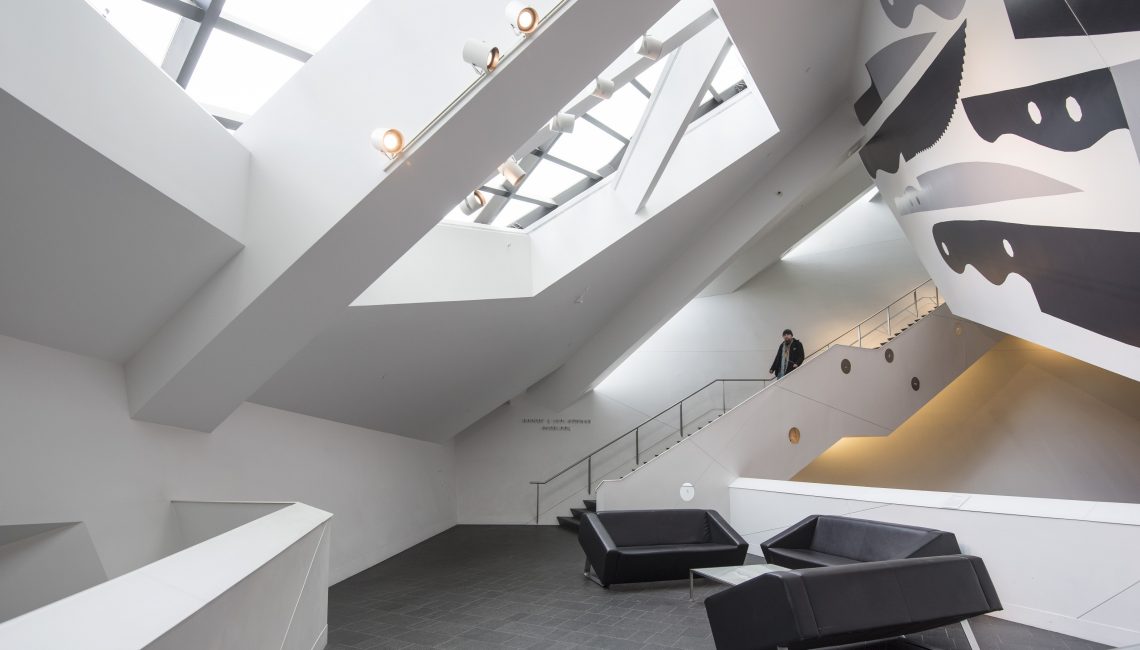 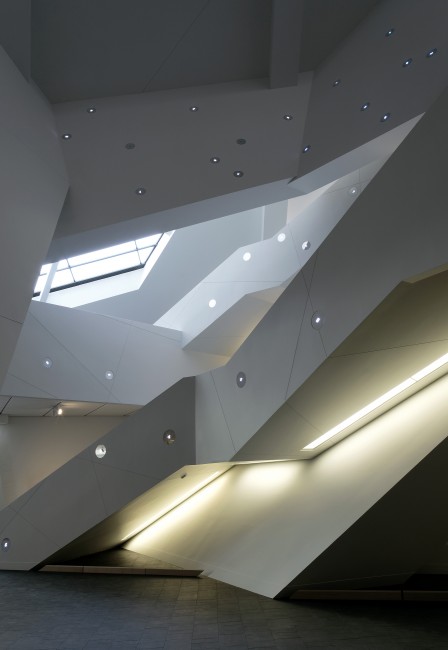 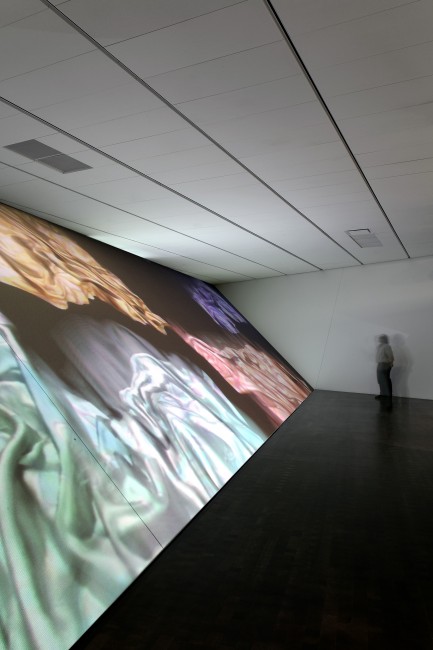 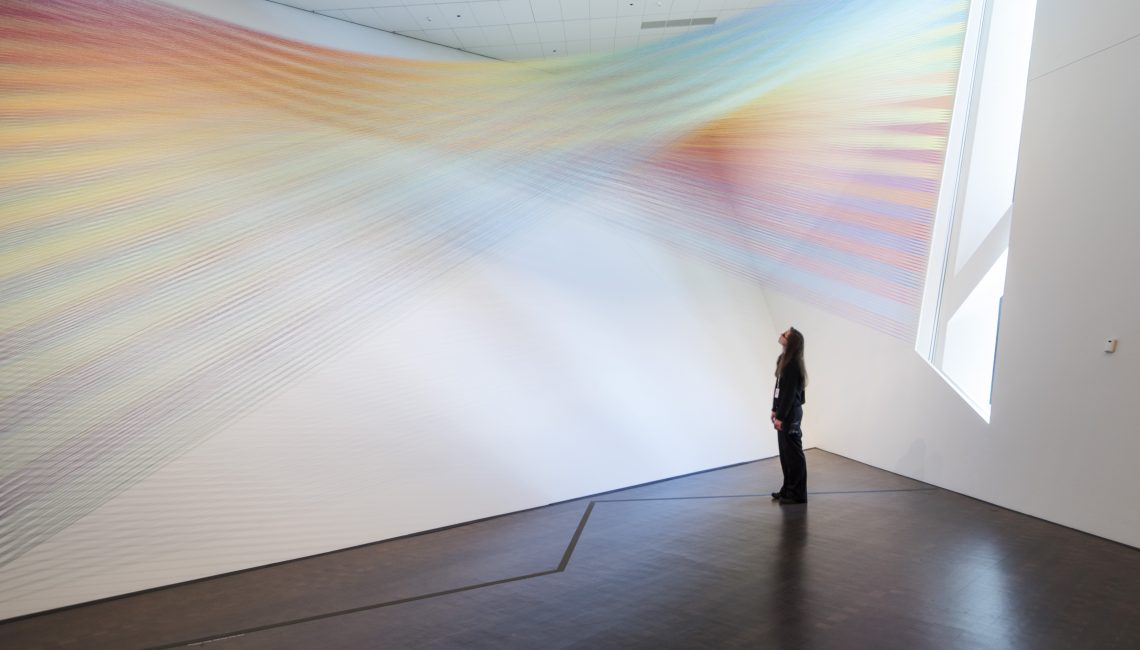 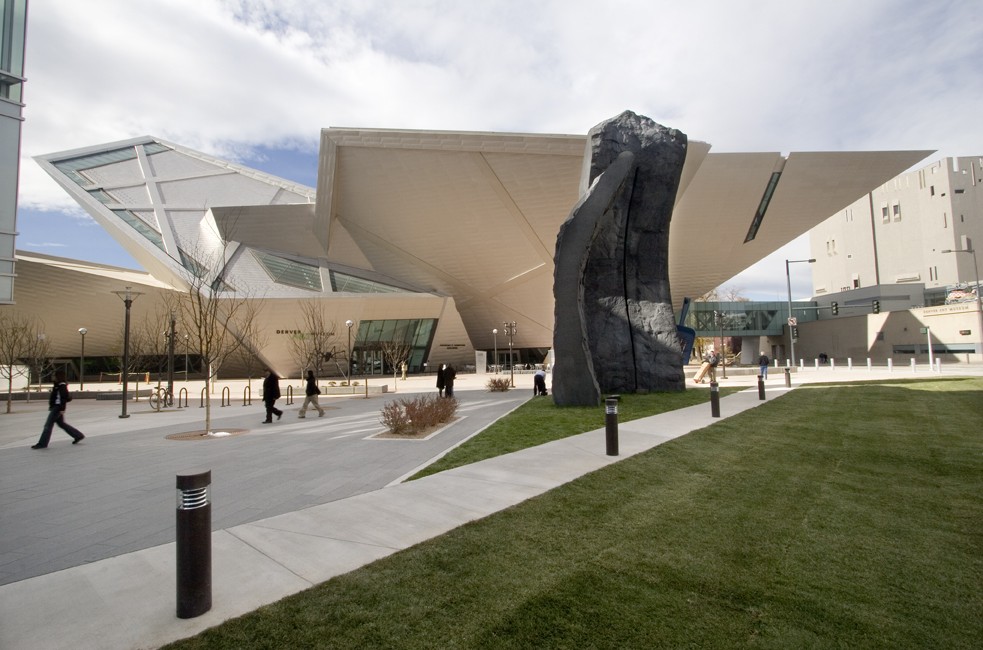 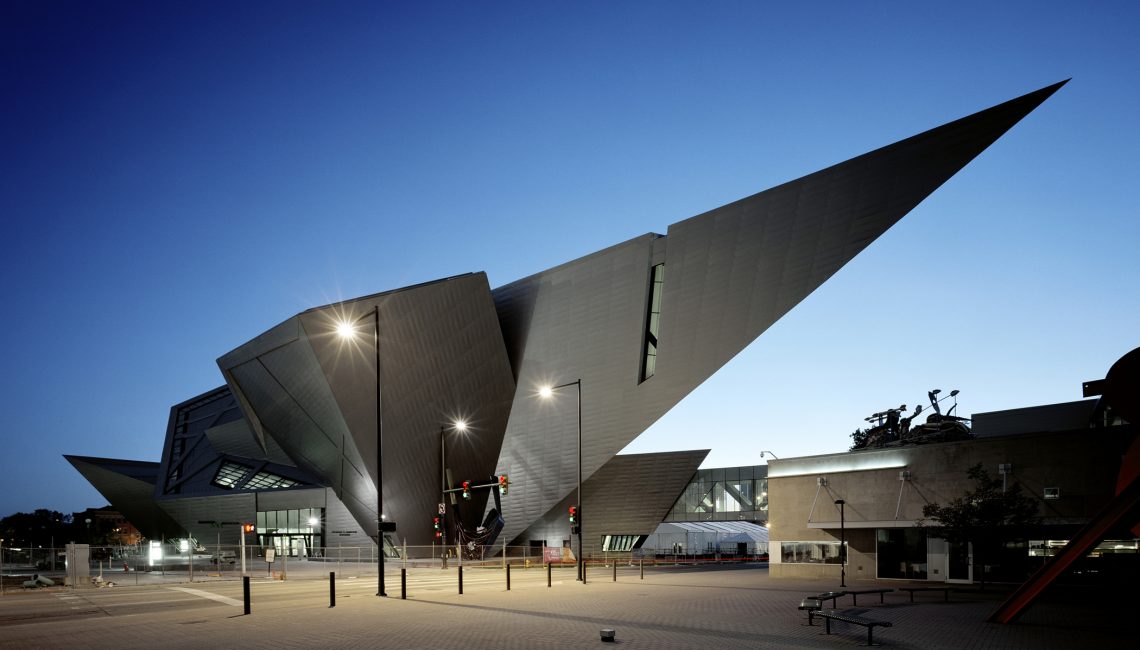 Studio Libeskind’s extension to the Denver Art Museum is the Studio’s first building to reach completion in the USA.  Silhouetted against the majestic backdrop of the Rocky Mountains, Libeskind’s design consists of a series of geometric volumes inspired by the peaks and valleys of the mountain range.  A sharply angled cantilevered section juts across the street, pointing towards the existing Museum by Milanese architect Gio Ponti, which first opened in 1971.

The Frederic C. Hamilton Building, as the 146,000-square-foot Denver Art Museum extension is named, is clad in an innovative new surface with 9,000 titanium panels that cover the building’s surface and reflect the brilliant Colorado landscape.

The architect conceived of the extension project as part of a composition of public spaces, monuments and gateways in this developing part of the city, tying together downtown, the Civic Center, and forming a strong connection to the golden triangle neighborhood.  The Acoma Plaza of the Arts, which is the “front yard” of the Museum, is filled with public art (amongst them, pieces by Beverly Pepper, Claes Oldenburg, Coosje van Bruggen and Mark di Suvero) and is a stage for public events.  The Museum has served as an engine of rejuvenation for the entire neighborhood with new museums and housing joining the landscape of the complex.

The project was completed in 2006.