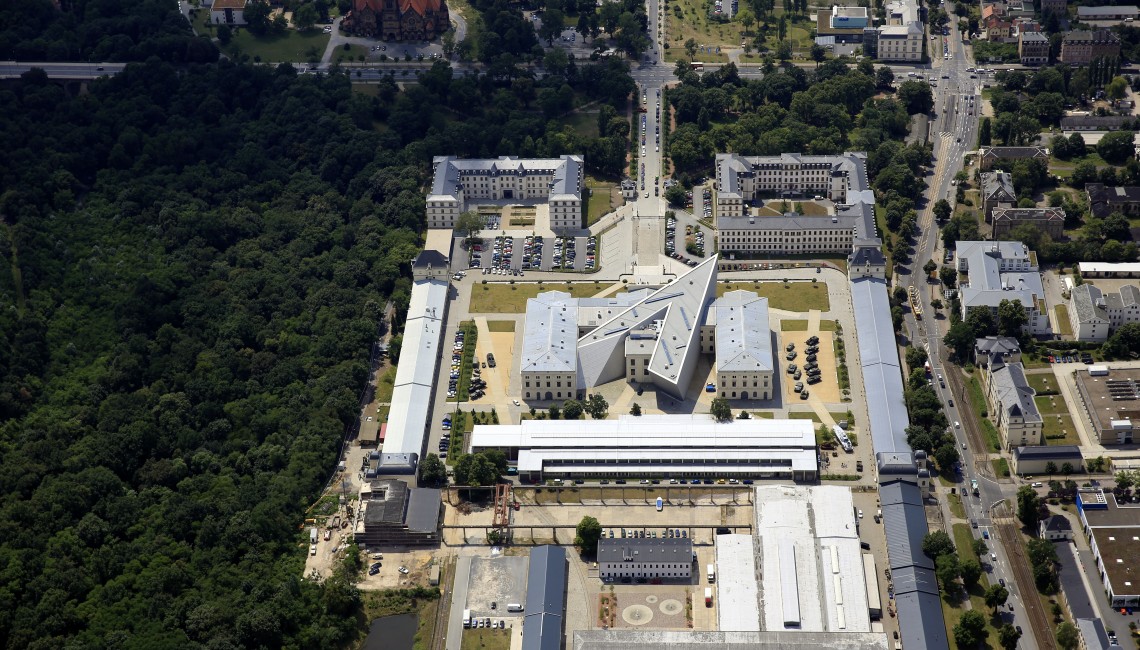 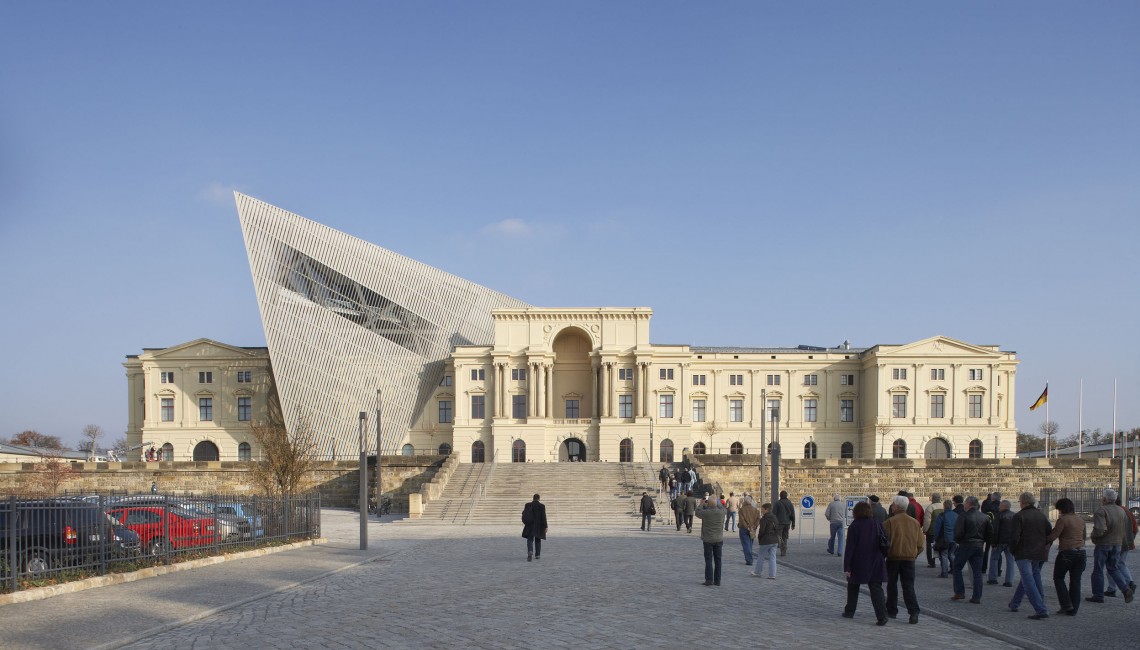 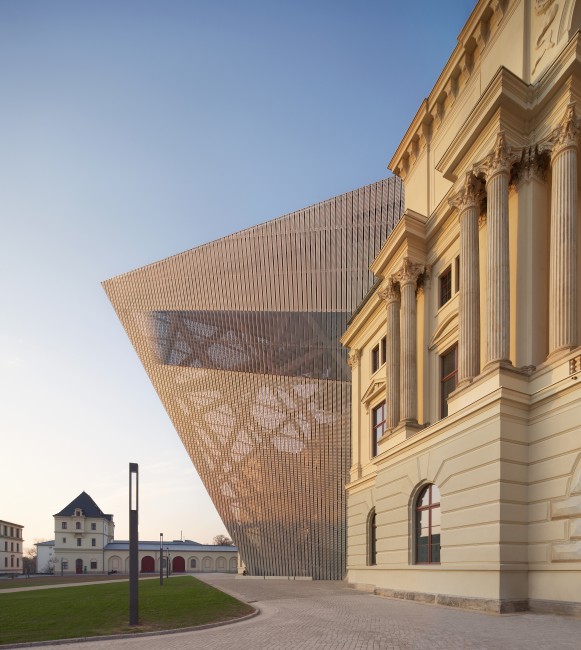 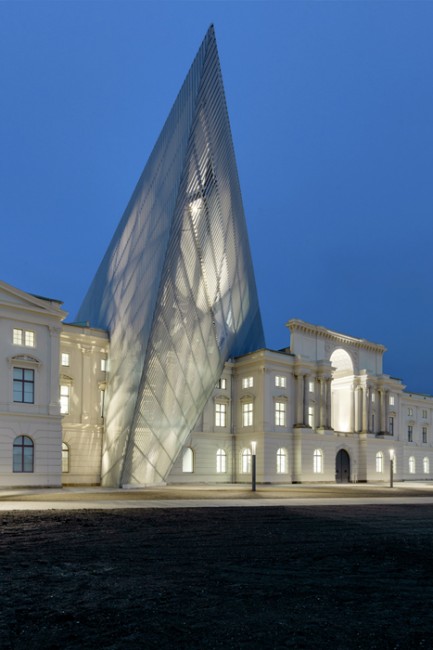 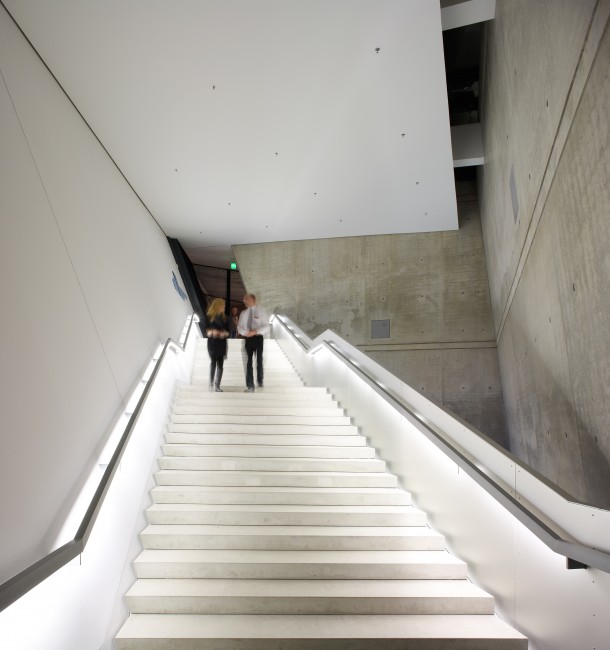 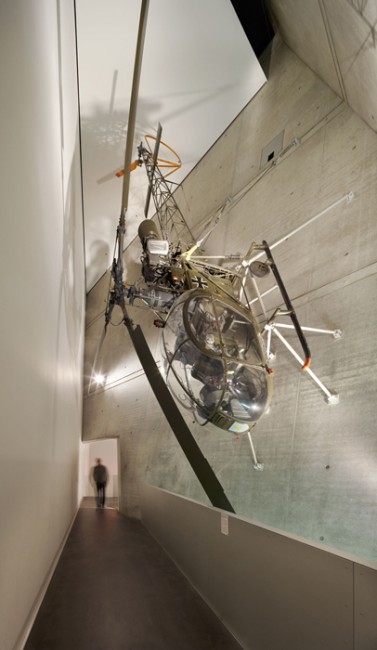 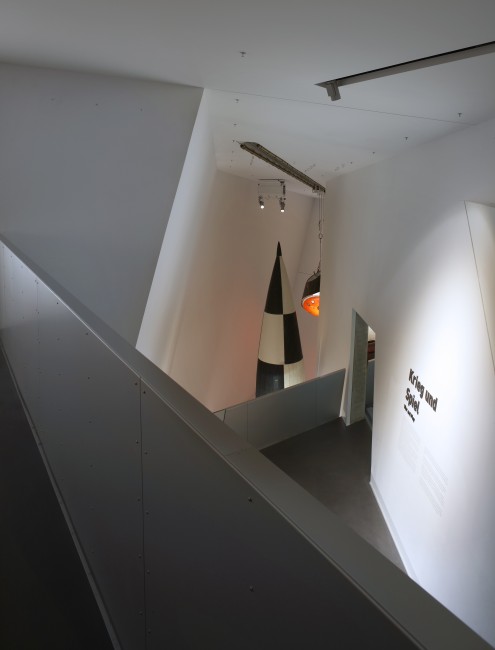 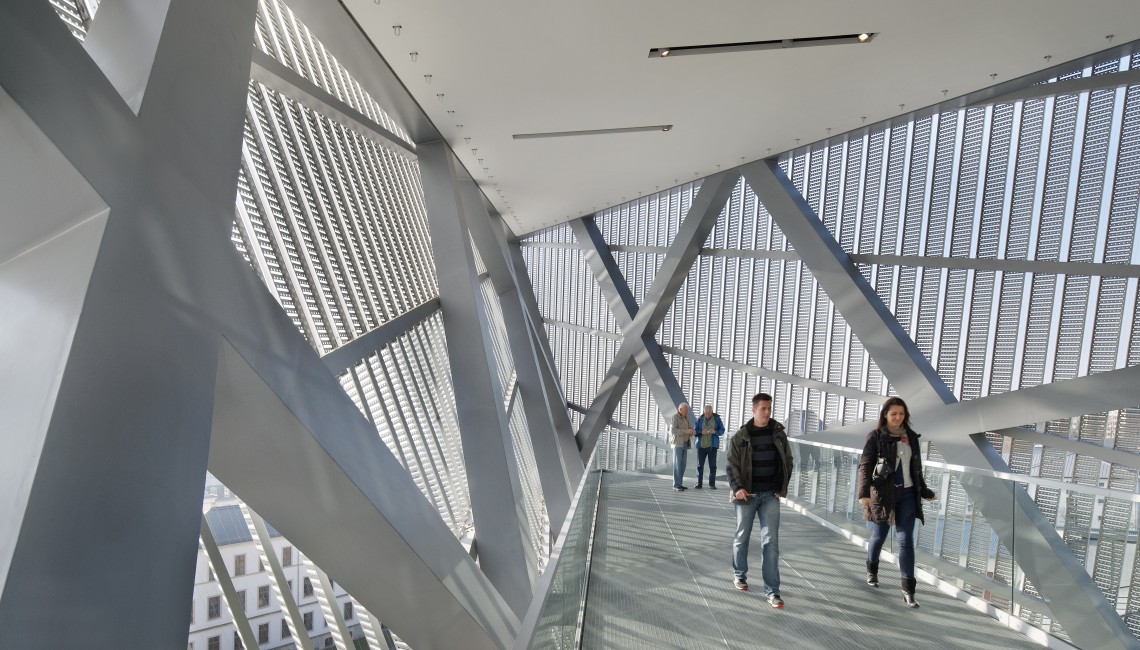 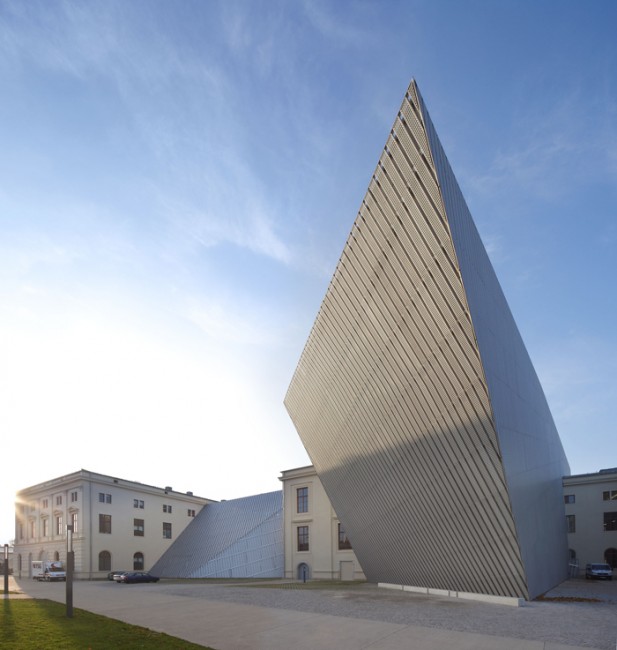 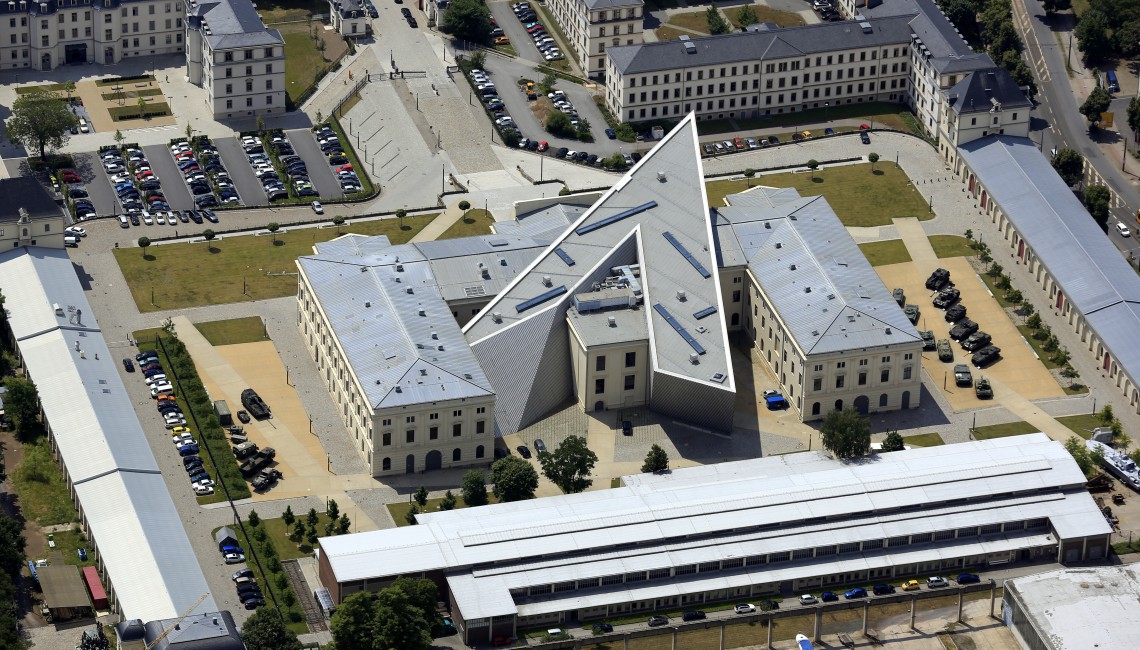 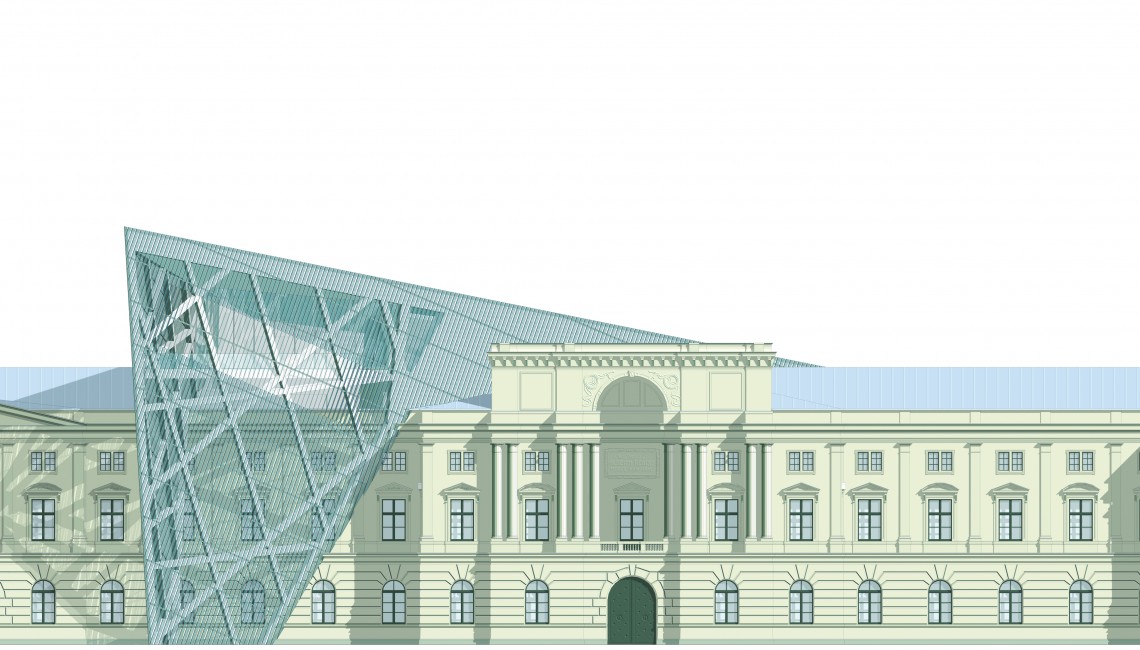 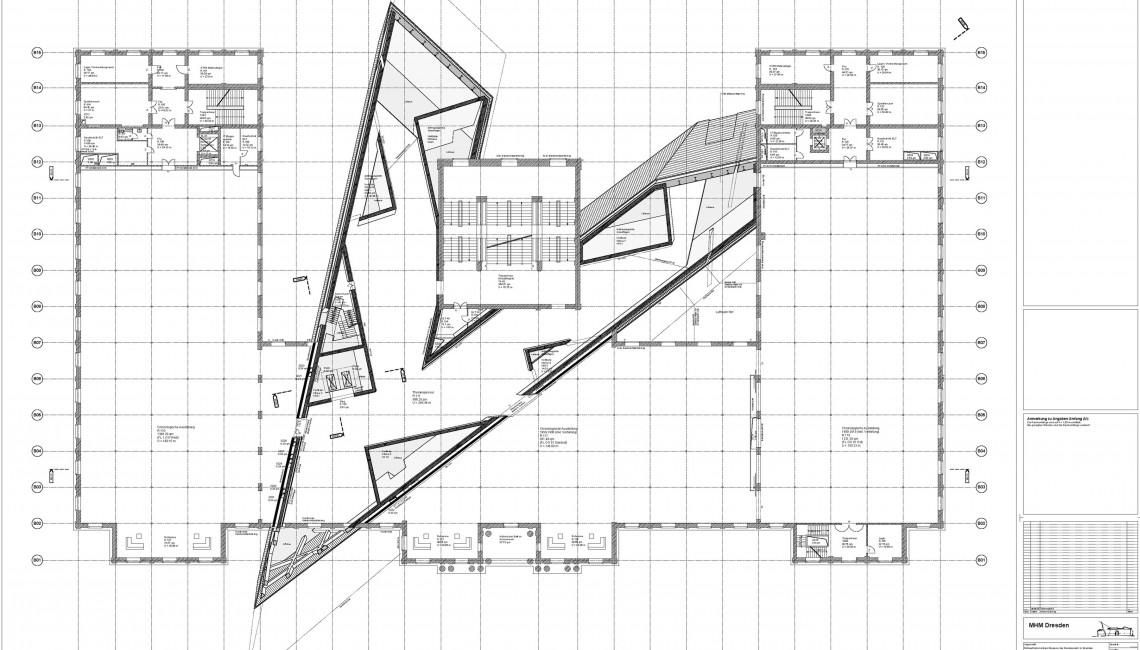 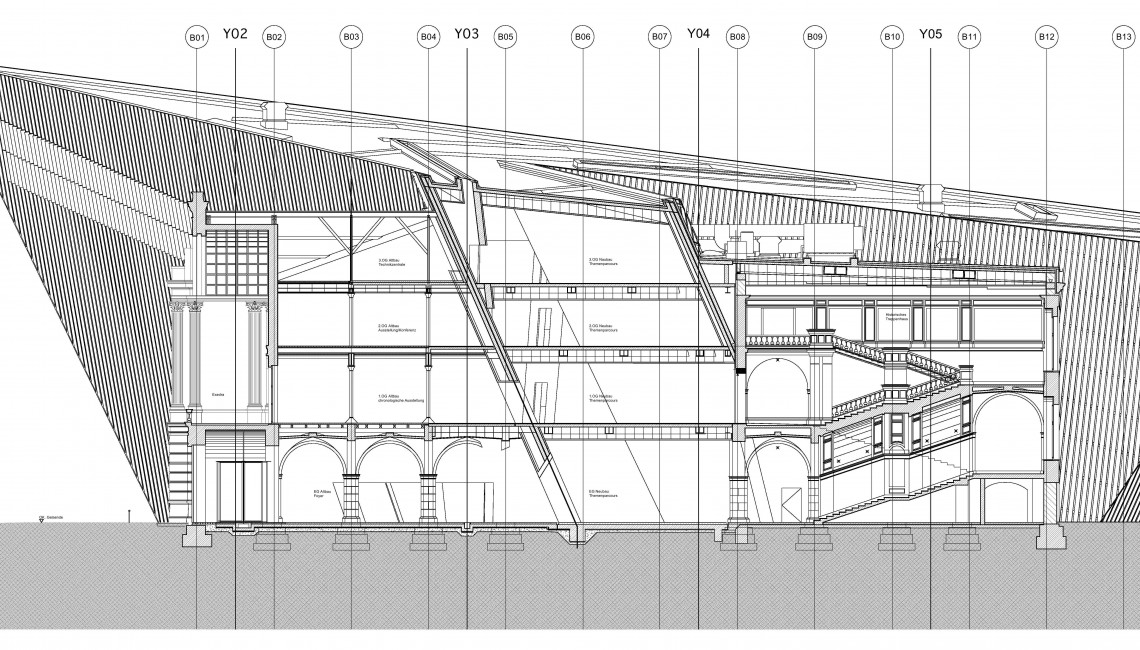 The Federal Republic of Germany – Ministry of Defense

Now the official museum of the German Armed Forces, the Dresden Museum of Military History has assumed varying and contradictory identities across its history. The building began its life as an armory, before becoming the Saxon Army Museum, followed by a stint as a Nazi military museum, then a Soviet and East German Museum. Uncertain of the institution’s role in the reunified state, the German government closed the museum and launched an international competition to redesign the structure.

Studio Libeskind was selected as design architect for the extension in 2001, after presenting a bold design outside the competition guidelines. The Studio’s approach was that the museum must change its identity in order to achieve the institution’s vision. The unique challenge of this project was that the original brief required that the extension must not interfere with the historic façade.

The design boldly interrupts the original building’s classical symmetry. The extension, a massive, five-story 14,500-ton wedge of glass, concrete, and steel, cuts into and through the former arsenal’s classical order. An 82-foot high viewing platform (the highest point of the wedge is at 98 feet) provides breathtaking views of modern Dresden, while pointing towards the triangulation of the area where the fire bombing began in Dresden, creating a space for reflection.

The iconic form created a significant national landmark and invigorated the surrounding civic space. The forecourt of the building and the surrounding open spaces were all considered crucial elements in the design. For larger exhibitions, public spaces were designed to be activated to display large-scale works and artifacts.

The façade’s openness and transparency is intended to contrast with the opacity and rigidity of the existing building. The latter represents the severity of the authoritarian past, while the former reflects the transparency of the military in a democratic society. The interplay between these perspectives forms the character of the new Military History Museum.

“This is architecture that is appropriate for its function, combining geometric rigor with clear commentary. While the museum is a streetcar’s ride from the center, it shows a different Dresden apart from the revived, touristic old town. When Libeskind conceived the expansion a decade ago, he was at a creative peak. It shows. In this context, with this weight of history, this military museum is a force for good.” –Hugh Pearman, Architectural Record (January 2012)