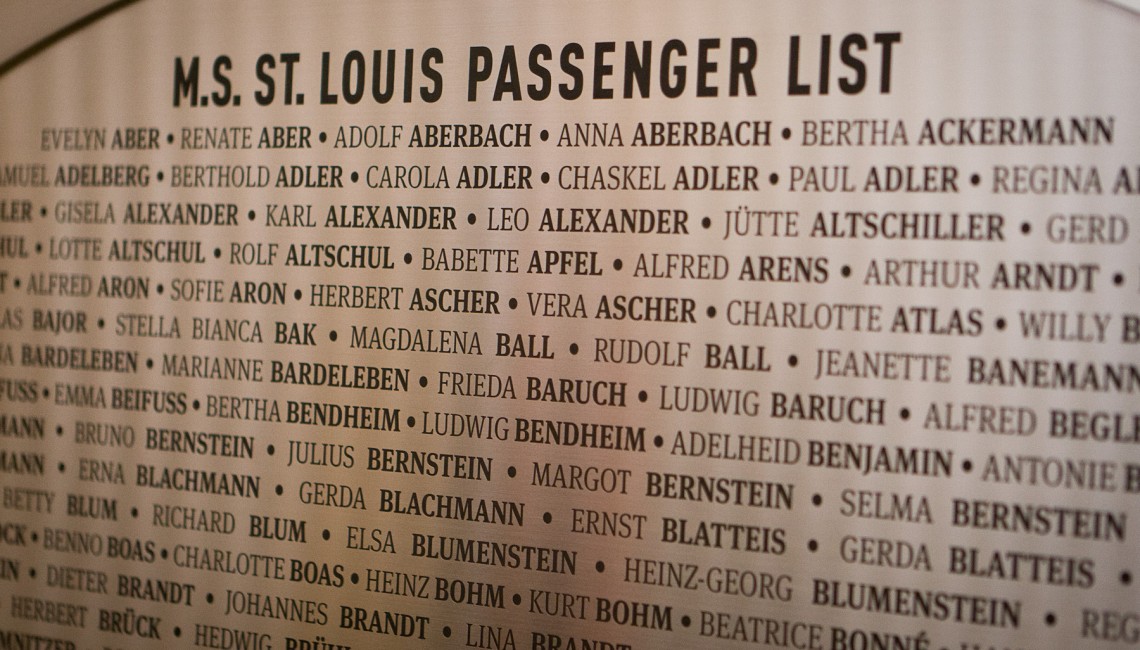 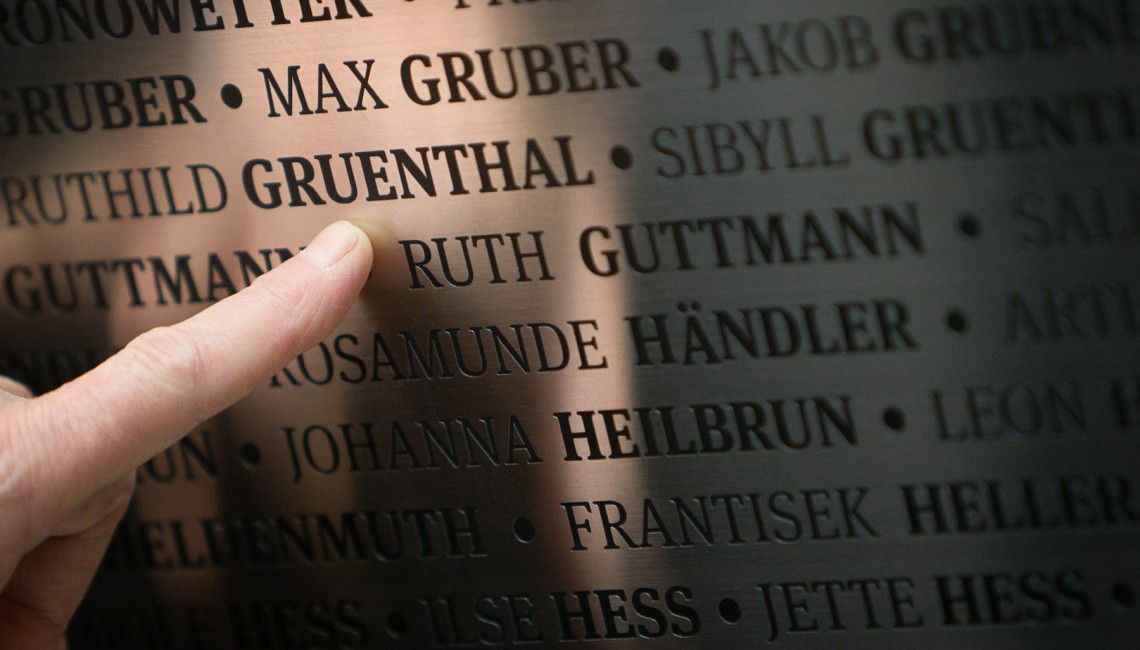 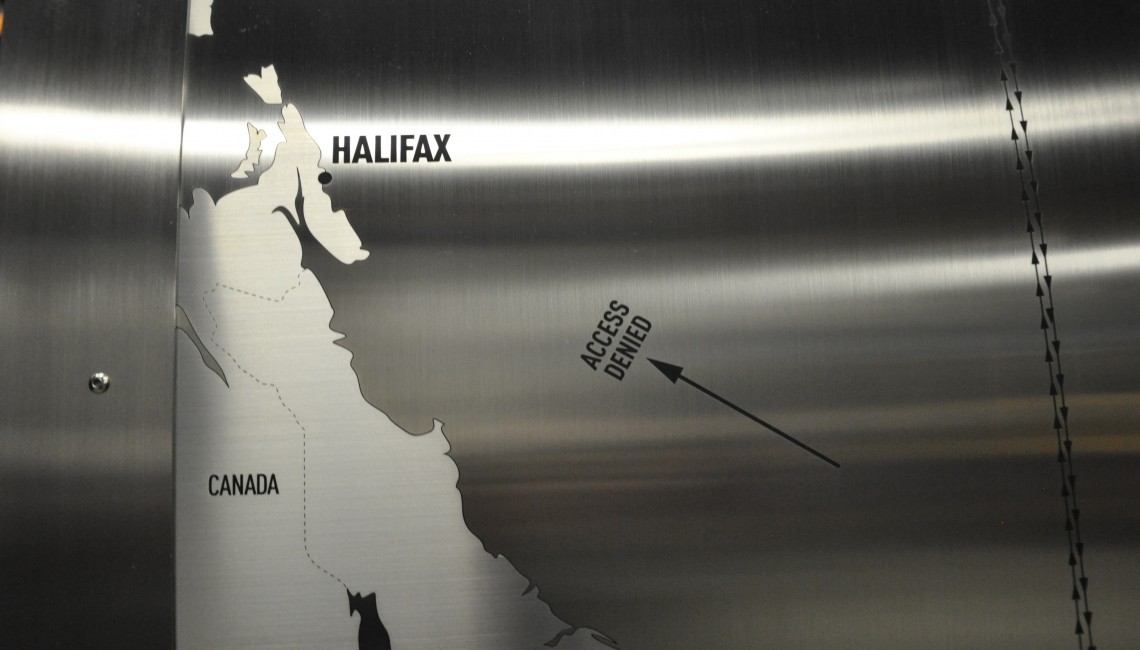 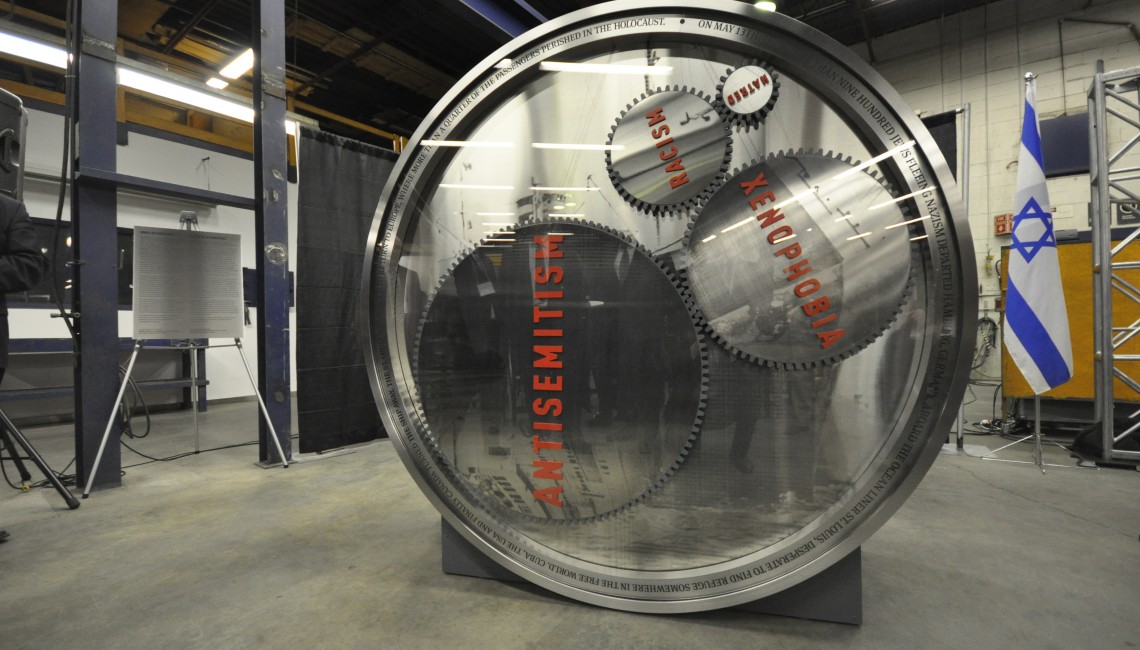 The Wheel of Conscience is a kinetic installation on display in Halifax at the Canadian Museum of Immigration on Pier 21, the gateway to Canada for a million immigrants and now a National Historic Site.  The work was inspired by the story of the M.S. St. Louis, a ship carrying Jewish refugees from Nazi Germany, which the Canadian government turned away in 1939.

The work is a heavy steel wheel placed vertically and housing four interlocking steel gears powered by an electric motor.  The words “hatred, racism, xenophobia, anti-Semitism” are applied in relief to the face of the gears. The large wheel is moved first, by the smallest and fastest rotating gear of ‘hatred’. This small gear transfers its force to the next larger gear of ‘racism,’ which moves a little slower. Then the force of ‘racism’ turns the yet larger gear of ‘xenophobia’ which moves yet even slower. Finally, all three gears are engaged and move into the higher gear of ‘anti-Semitism’. The rotating gears fracture and reassemble the image of the ship at set intervals and the cylinder displays a map tracing the ship’s route. The names of all the passengers are etched in glass behind the steel backing.