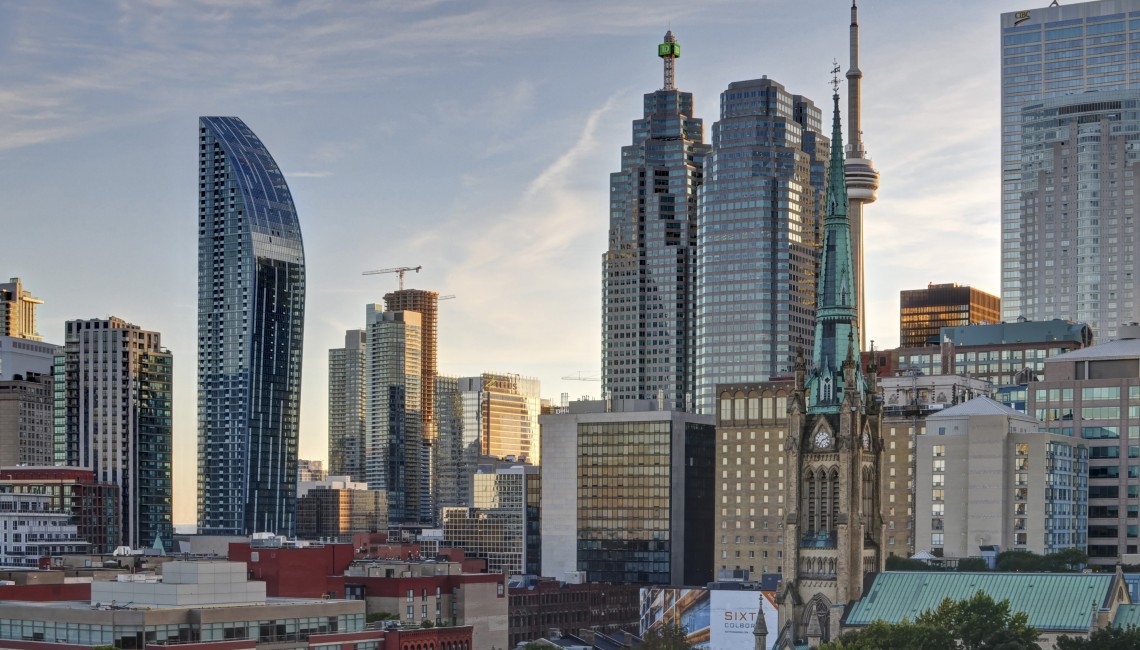 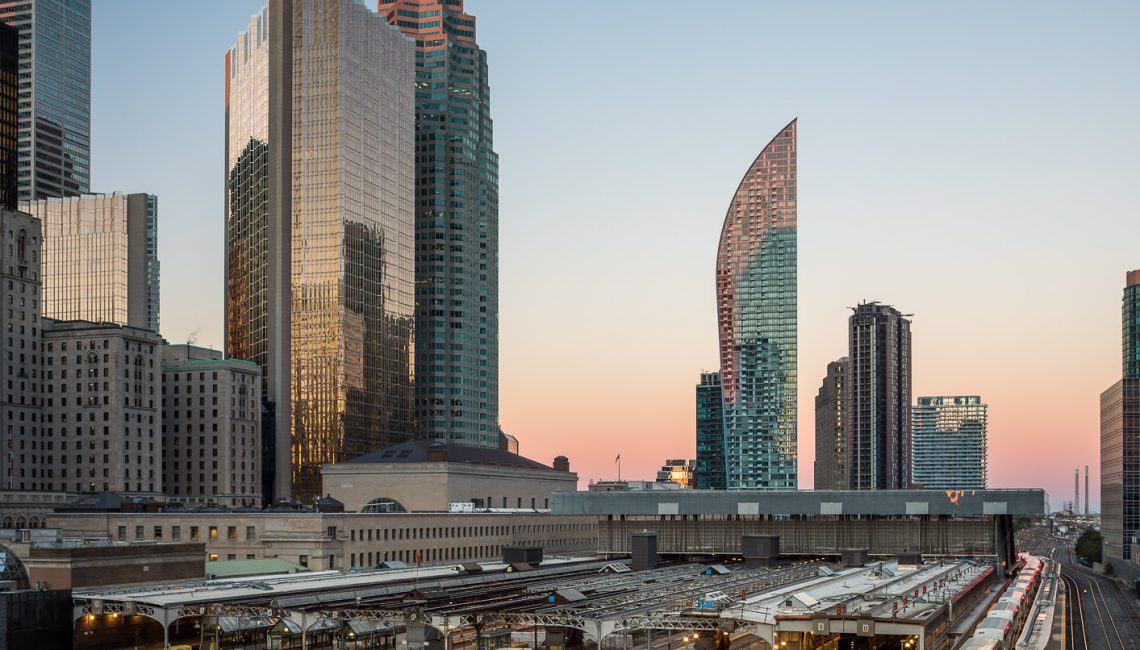 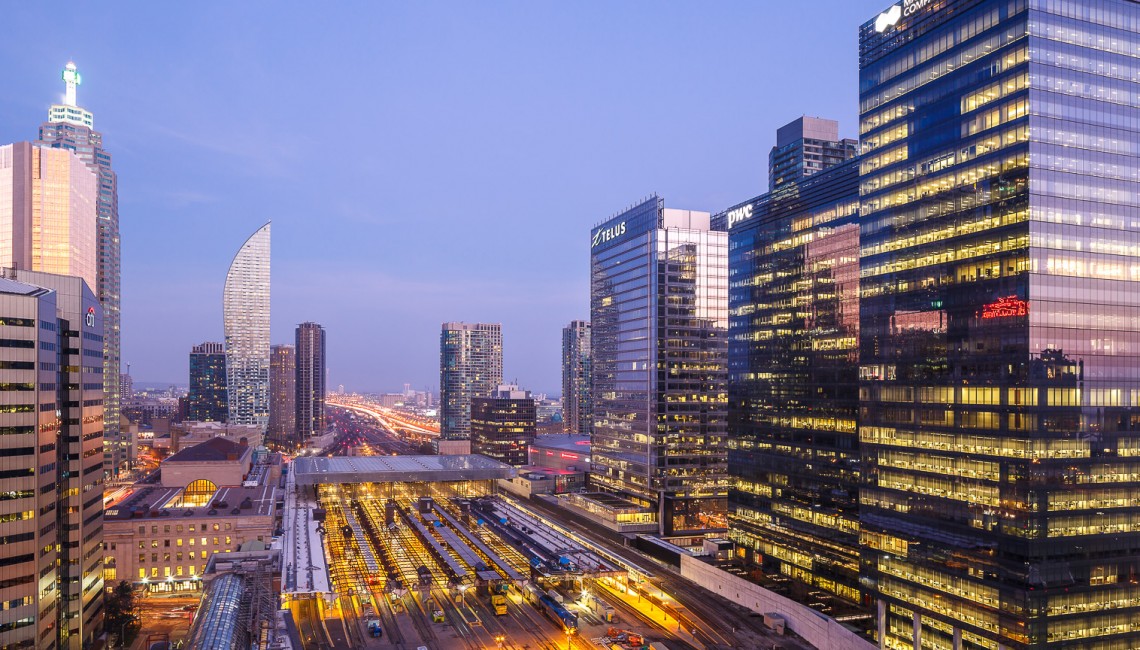 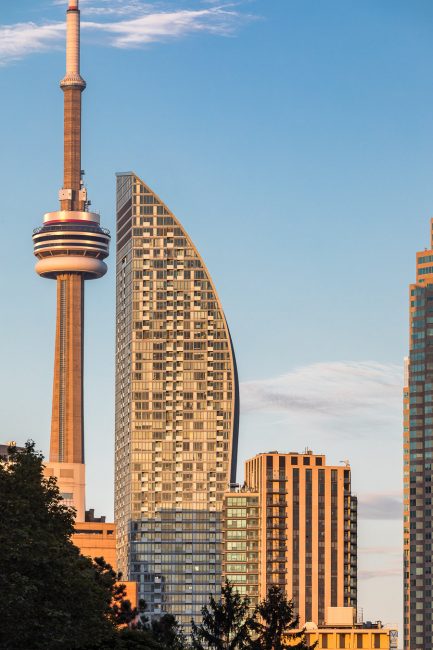 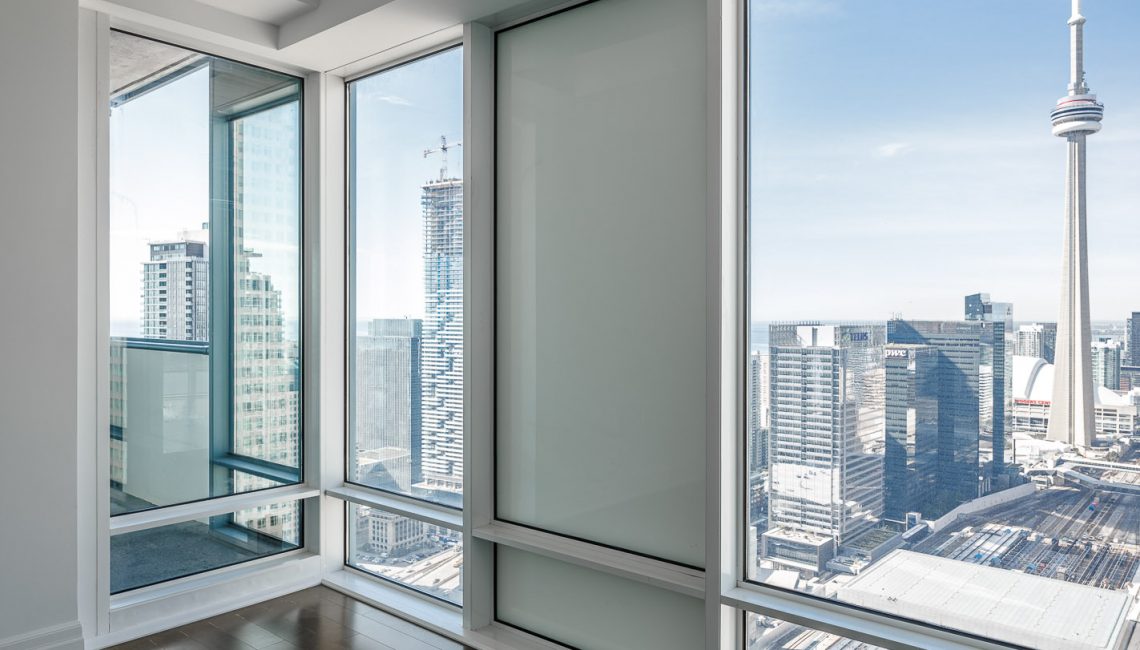 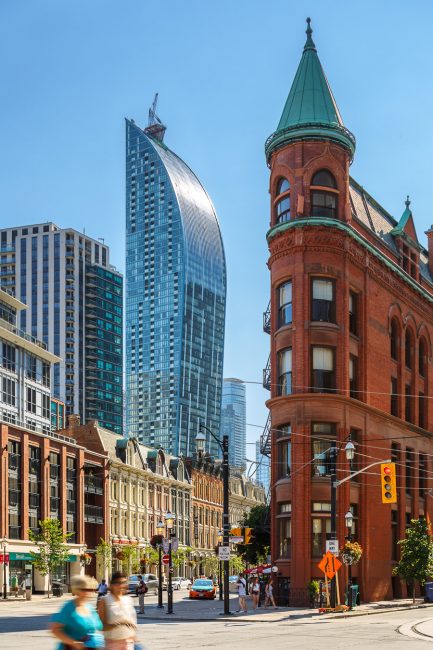 Studio Libeskind viewed the repurposing of a mid-modern theater into the Sony Centre for the Performing Arts as an opportunity to integrate city life with culture and the arts in Toronto, Canada.  Working as part of a public/private partnership, the firm situated a 58-floor condominium tower next to the performing arts center and created a public plaza along the west side of the redevelopment.

The L Tower extrudes upward, with bold, clean lines, until it expands with a dramatic backward curve at the top of the tower that prevents its shadow from being cast onto the adjacent Berczy Park. Inset balconies and blue mullions articulate the glass cladding of the concrete structure.

Accommodating close to 600 condos, the tower is a bridge between the skyscrapers of the financial district to the west and the historic St. Lawrence cultural neighborhood to the east. The L Tower received LEED certification in 2017.  The building was completed in 2016.