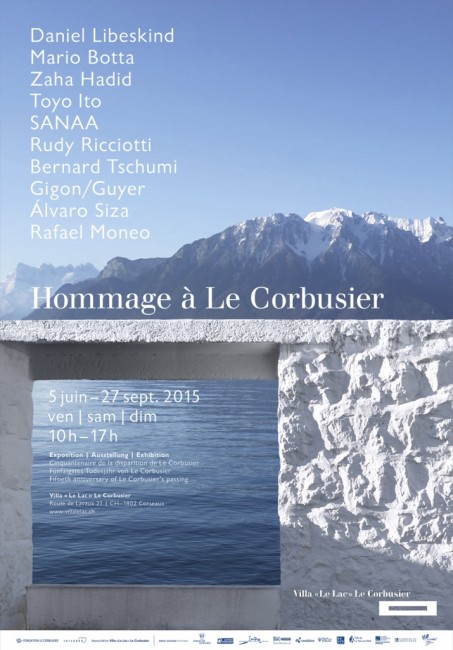 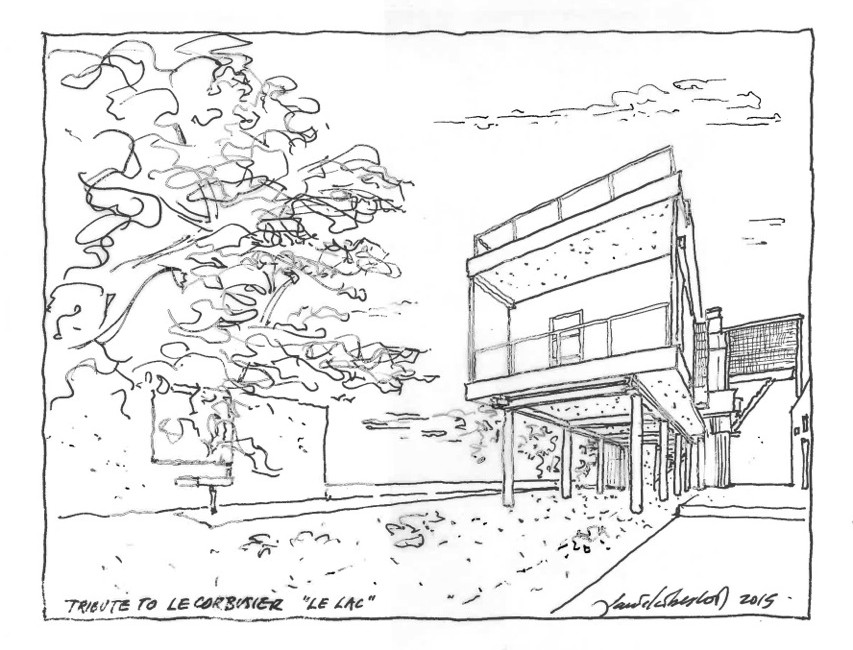 On the occasion of the fiftieth anniversary of the death of Le Corbusier (1887-1965), ten architects among the most important of our time propose their vision of a project for the extension of the Villa “Le Lac”.

Daniel Libeskind, Mario Botta, Zaha Hadid, Toyo Ito, SANAA, Rudy Ricciotti, Bernard Tschumi, Gigon/Guyer, Rafael Moneo et Alvaro Siza lent themselves to this stimulating competition for ideas and imagination. The exhibition displays their contributions as well as some superb drawings of the Villa “Le Lac” by Le Corbusier, and photographs from the years 1920-1930 – exceptional documents reflecting the state of the site before the by-road was built in 1931.

Fifty years after Le Corbusier’s passing, we are measuring the breadth of his heritage: his works, of an extraordinary diversity, remain a source of inspiration for the architects of the entire world. Bearing witness to this are the women and men who, during a summer, come together under the roof of the Villa “Le Lac” to pay homage to this self-taught genius.