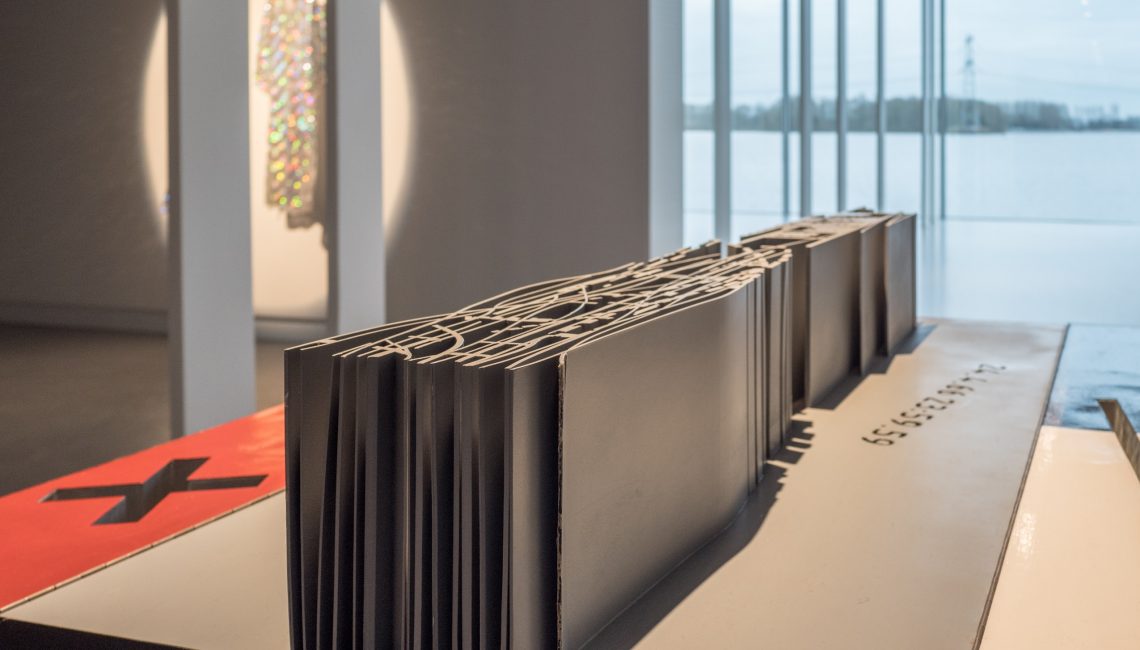 In the Dutch Flevoland polders, over the past forty years, seven major landscape artworks have been realized by internationally renowned artists. Seven new artists have been inspired by this Flevoland Land Art and have created new works of art, which were realized on-site. In Once more, with feeling, presented at KAF Expo in Almere, the seven landscape artworks and performances came together in an exhibition that celebrated forty years of Land Art in Flevoland. The exhibition was both a tribute as well as an invitation for visitors to actively re-use these public artworks as special places.

The seven Land Art projects are monumental works made of steel, concrete, stone, trees and earth. These are places in the landscape where people go to enjoy a special experience. Whether it is the meditative admiration of the artwork itself, the celebration of a wedding, the experience of a performance or concert, or simply a picnic or a daily walk with the dog. Forty years ago, the first Land Art project from this extraordinary collection was realized: Observatory by Robert Morris nearby the city of Lelystad. Subsequently, every decennium new works were created, with Pier+Horizon by Paul de Kort in the Noordoostpolder as the most recents addition (2016).

Since 2014, seven new artists have been inspired by the Flevoland Land Art for the research program Land Art Live, and have created new works of art that were realized on-site. Artists who do not work with steel and concrete themselves but rather engage in social processes, human experiences and social issues. Artists who adhere to the principles of Land Art, which saw the making of a temporary artwork in a remote place as a way to escape the constraints of the art world.

In Once more, with feeling, presented at KAF Expo, the seven landscape artworks and performances came together in an exhibition that celebrated forty years of Land Art in Flevoland. Monumental sculpture, photography and video – historical documents, volatile moments and social issues: an opportunity to experience everything in one place in space and time. In addition, the exhibition was an invitation. Not just to visit the Land Art in Flevoland itself, but also to actively re-use these public artworks as special places.

On display was the model for the Garden of Love and Fire.   The completed permanent artwork is on a site in  Almere, The Netherlands