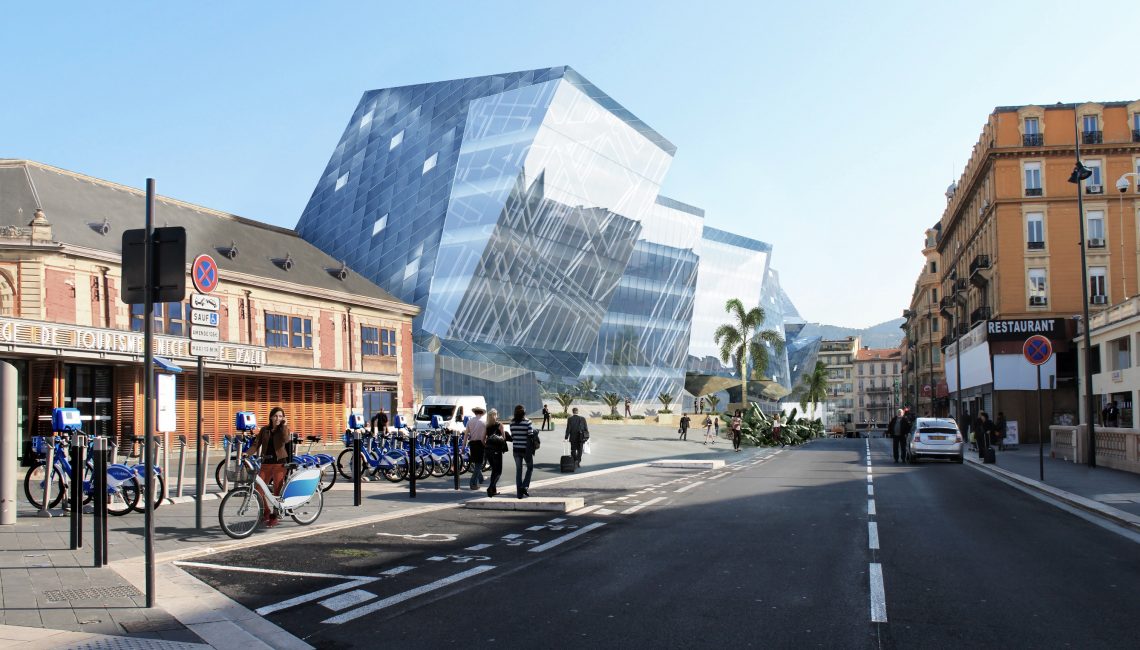 Studio Libeskind, in collaboration with Fevrier Carre Architectes and landscape architect Jean Mus, was selected to design the “Gare Thiers-Est” (East Thiers Station), as a result of an international competition sponsored by the City of Nice. The project involves the design of 20,000 square meters of high-end commercial space that will feature two levels of shops, a 120 room hotel and office spaces, a sculptural entry pavilion, a 200 seat auditorium below grade, and a restaurant offering an open roof terrace with views towards the sea on the top floor.

Part of a major urban redevelopment of Thiers central station and its surroundings, the project will reconnect the urban fabric by creating new pedestrian connections between the station and the street and the North and South neighborhoods that are currently separated by the railways and the Pierre-Mathis road.

Inspired by the mineral forms of azurite—a mineral endemic to the region—each peak is conceived as a harmonious crystallization whose edges speak to Avenue Jean Médecin. The reflective façade is covered with metal as facets and scales with serigraphs on the windows that reflect the neighboring buildings, sky and landscape of Nice. The result is a sculptural, concrete, steel and glass set, cut like a diamond, with multiple faces rising nearly 40 meters high to obscure the rail tracks.

The strong architectural identity of the project will be visible from the avenues Thiers and Jean Médecin as well as from the railway area.