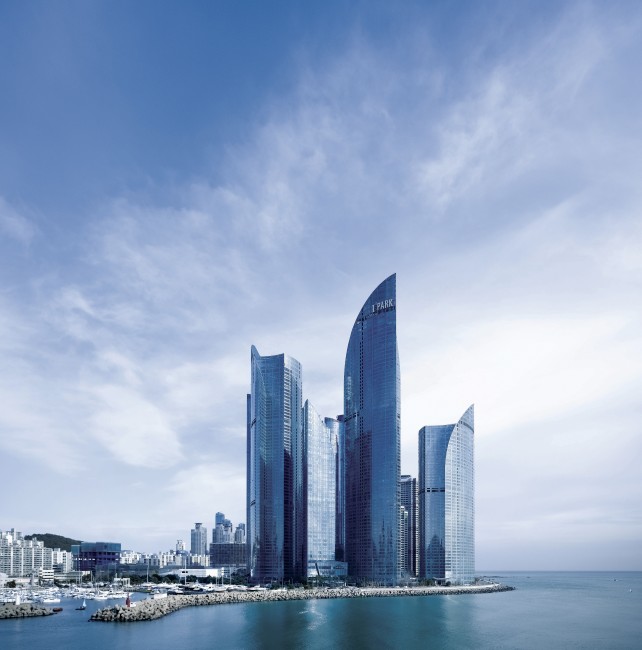 Here, on the waterfront of the southern city of Busan, the largest city in South Korea after Seoul, Studio Libeskind created the tallest residential tower in Asia*. The Haeundae Udong mixed-use project encompasses residential towers, a hotel, an office tower, and a three-floor retail building with residential units—altogether a 4 ½ million-square-foot development. Instead of a simple extrusion of the footprints of these oceanside buildings, Studio Libeskind varied the heights, curved the façades and tapered the profiles to create a sculptural composition on the horizon.  The curvilinear geometry serves a sustainability strategy, harvesting and modulating natural light.  The concept is an homage to traditional Korean architecture, which often derives its forms from natural beauty—the curl of an ocean wave, the unique composition of a flower petal, or the wind-filled sails of a ship.

The project was completed in 2011.

(*Tallest in year of completion, currently 3rd tallest as of 2017)