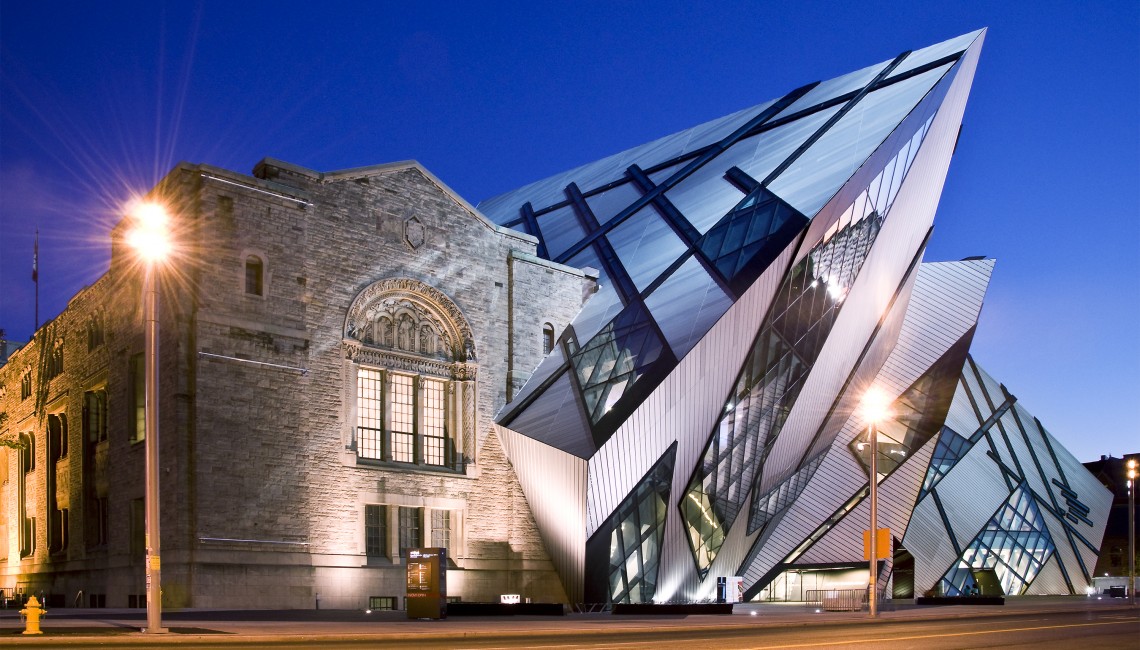 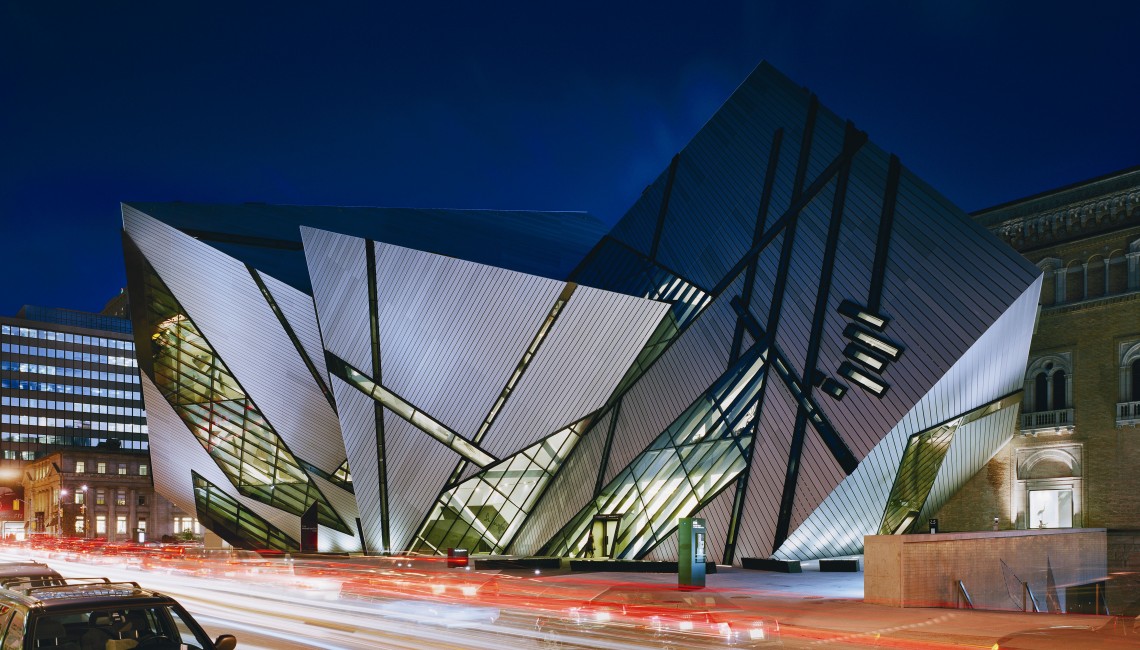 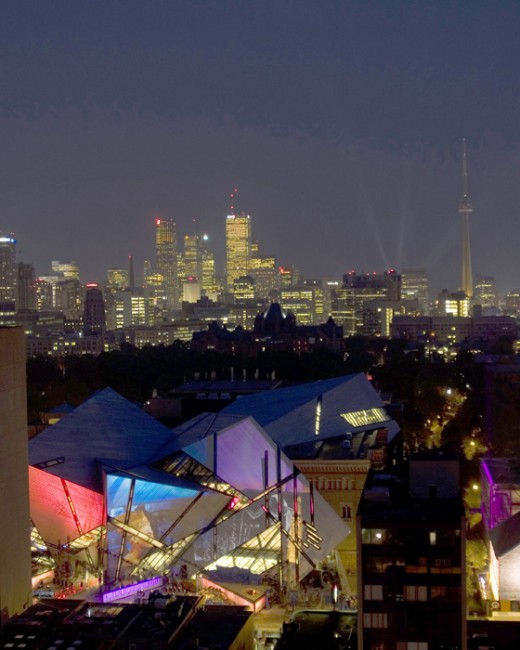 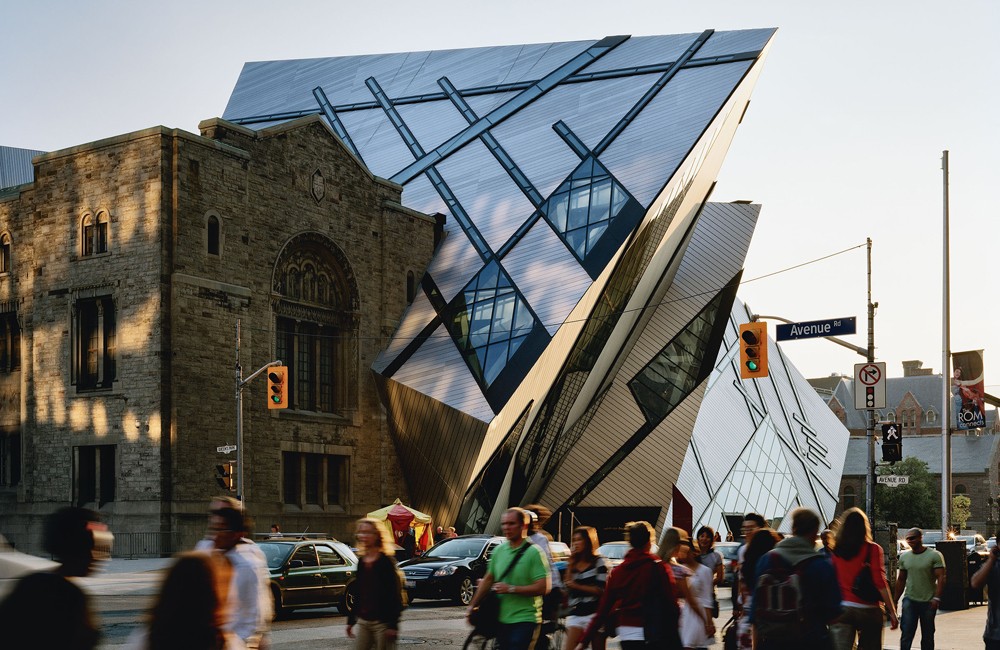 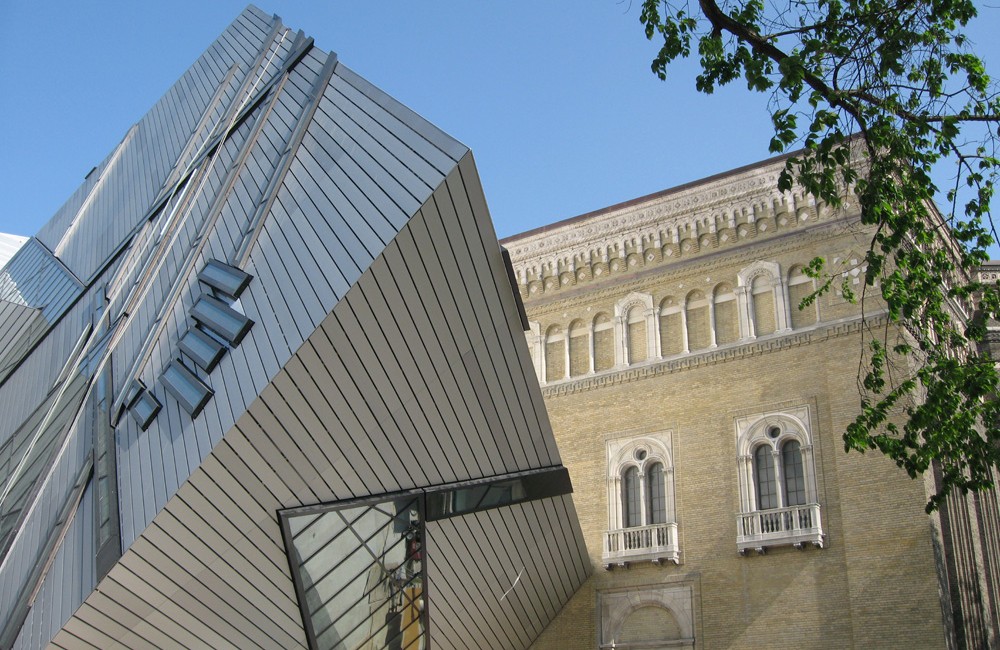 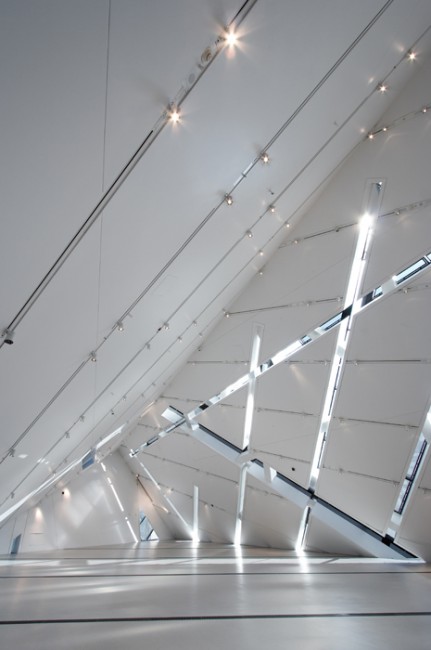 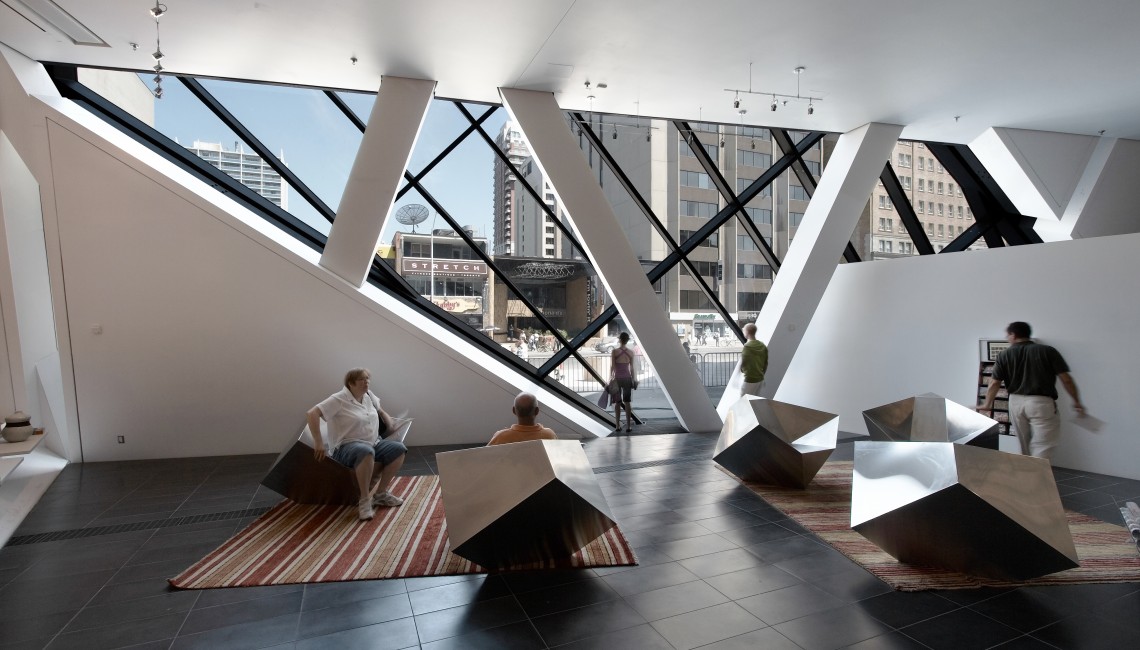 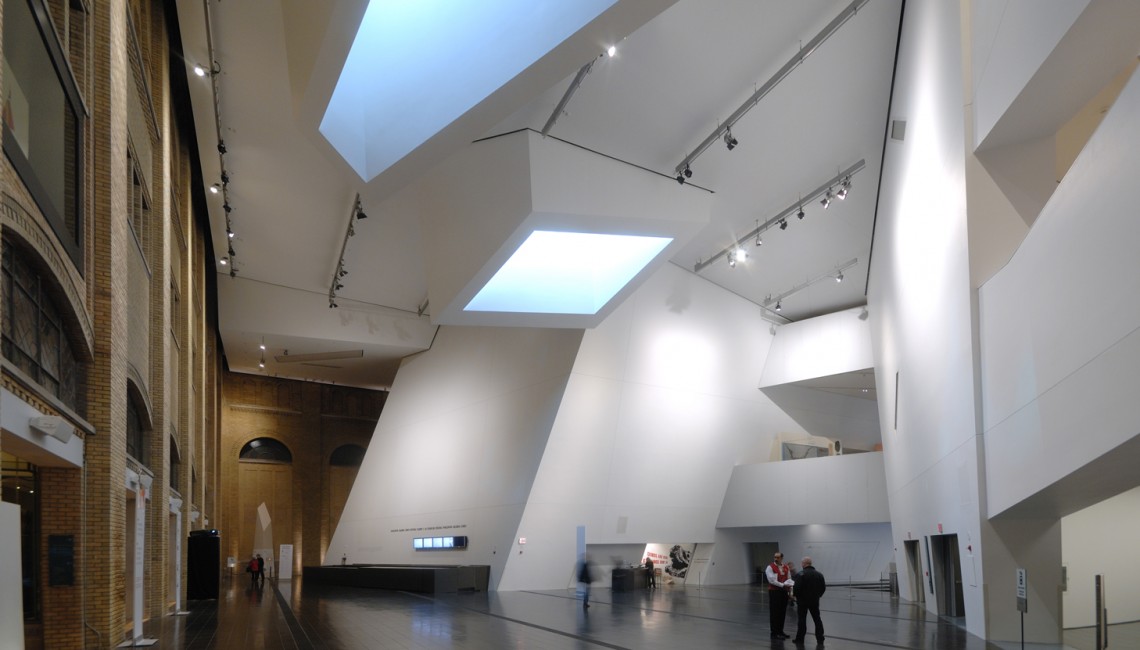 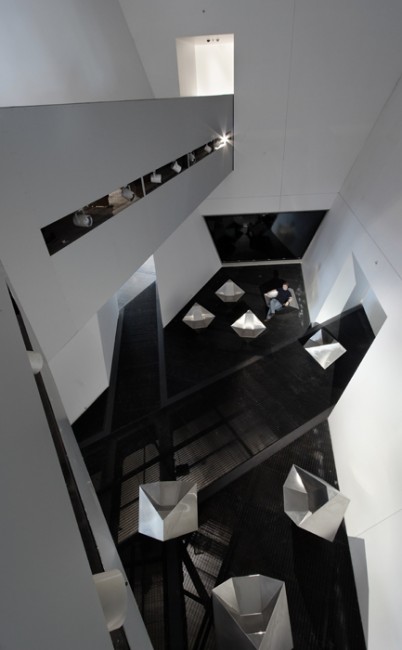 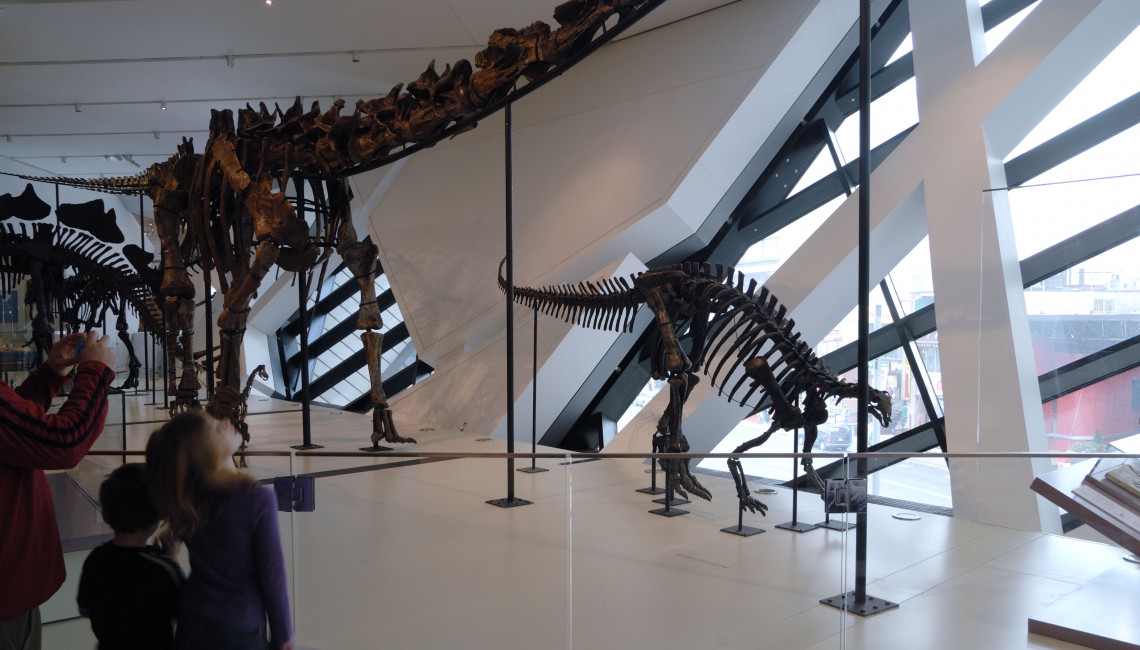 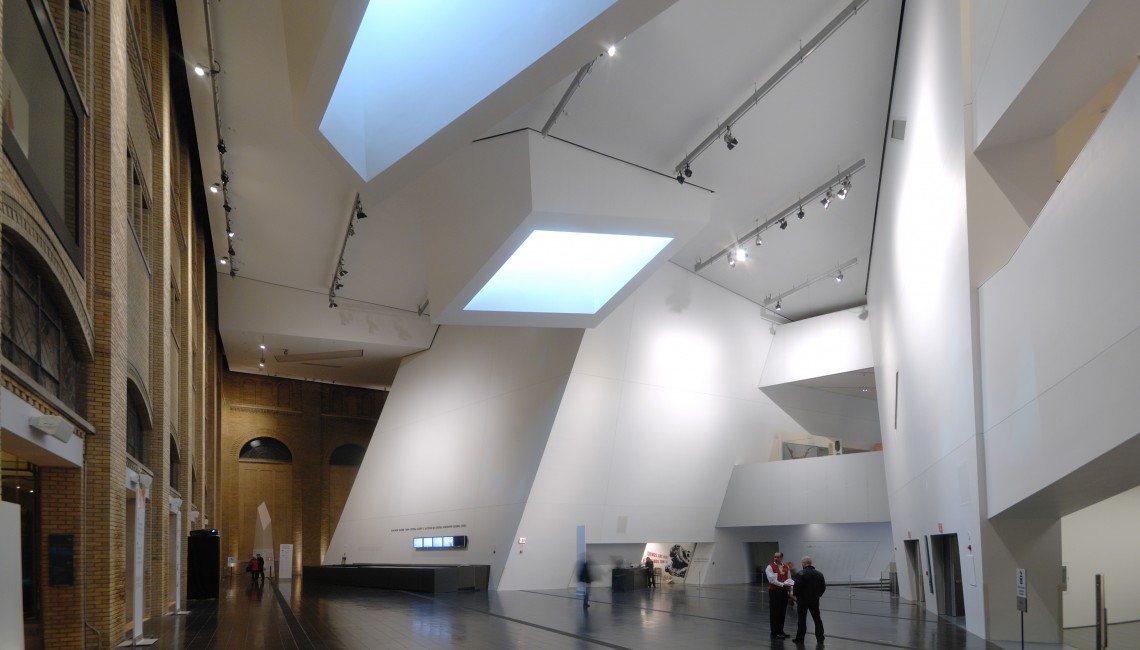 The extension to the Royal Ontario Museum (ROM), now named the Michael Lee-Chin Crystal, is situated at one of the most prominent intersections in downtown Toronto. It is the largest Museum in Canada and attracts more than a million visitors a year.

Its new name is derived from the building’s five intersecting metal-clad volumes, which are reminiscent of crystals—inspired by the crystalline forms in the ROM’s mineralogy galleries. Libeskind created a structure of organically interlocking prismatic forms turning this important corner of Toronto, and the entire museum complex, into a luminous beacon. The design succeeds at inviting glimpses up, down, and into galleries, from its interior bridges and from the street. The large entrance atrium, the Gloria Hyacinth Chen Court, separates the old historic building from the new, providing a nearly complete view of the restored façades of the historic buildings. The Chen Court also serves as a venue space for all kinds of public events. The entire ground level is unified into a seamless space with clarity of circulation and transparency.

With the expansion, a new group entrance on Queen’s Park was created where visitors enter a spectacular atrium in which the two themes of the Museum, nature and culture, are distinctly showcased through intertwining staircases leading to the exhibitions above.

The Crystal presented a unique challenge to build and was among the most complicated construction projects in North America. There are no right angles and only one vertical wall in the structure—the five crystals are designed as interlocking self-supported structures. The design teams and general contractors developed innovative strategies with existing technologies to regularize construction and reduce costs.

Opened in June 2007, the extension provides 100,000 square feet of new exhibition space, a new entrance and lobby, a street level retail shop and three new restaurants. Studio Libeskind also renovated ten galleries in the existing historical building as part of the project. The Crystal generated a 44% increase in visitors in its first year and transformed the ROM’s fortress-like character, turning it into an inspired atmosphere dedicated to the resurgence of the Museum as the dynamic center of Toronto.

“Libeskind has also managed to bring a sense of urbanity to the interior of the Crystal, which reads like a series of spaces joined by walkways, bridges, vantage points and windows. Clearly, the building was designed to provide maximum pleasure to visitors, to be an artifact in its own right, not simply a receptacle, the ‘black box’ that obsessed curators for far too long.”